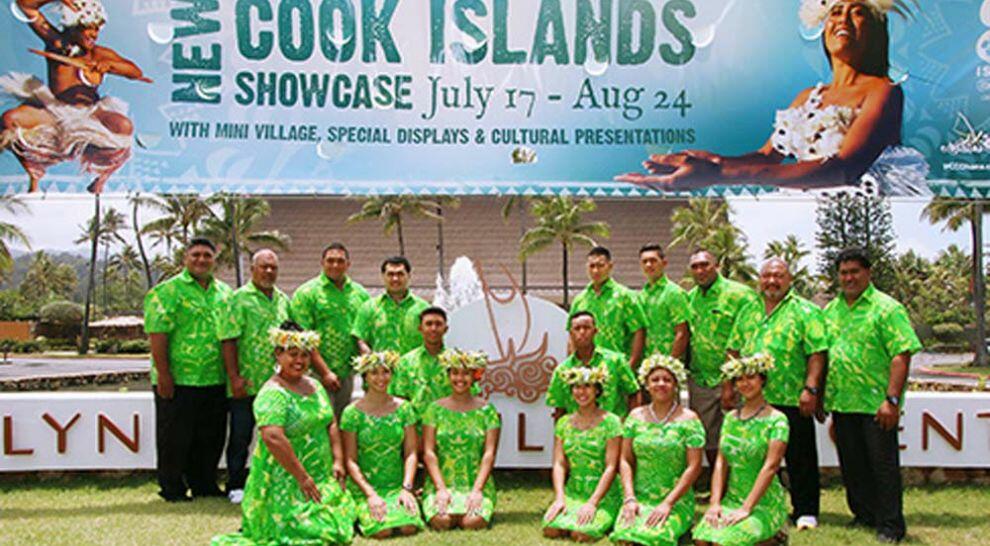 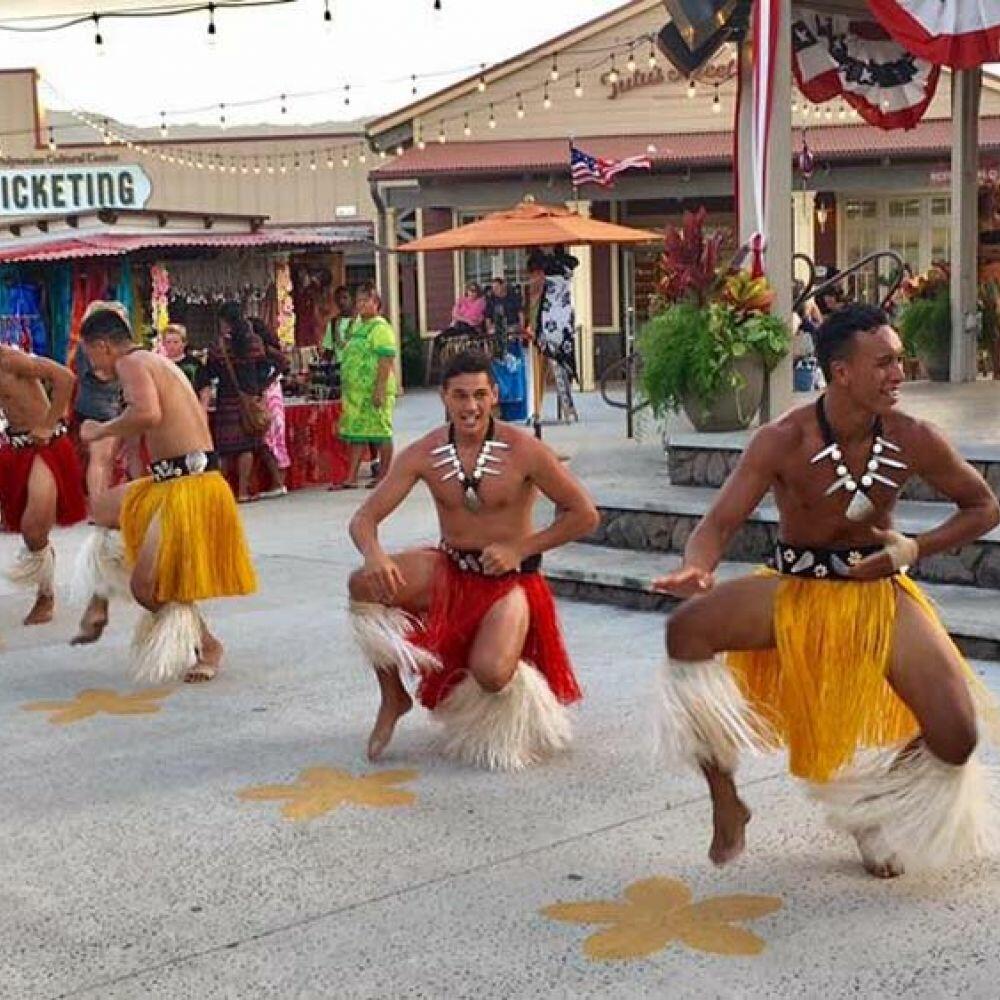 This report is an update of the 1st week of exhibition by the CINAT group the BTIB and TOURISM display at the Polynesian Cultural Centre, Hawaii.

Our objectives are to :

“Promote and encourage exports from the Cook Islands and tourism trade within as well as the development of industries and business involved in export or trade.”

Main activities in the Cook Islands village begin at 1215pm with the flag raising and end at 5pm.  We have a further 30 min cultural demonstration at the gazebo by the Hukilau Market at 6pm.  The group are transported to the PCC by 11am to begin set up and cleaning of the village. 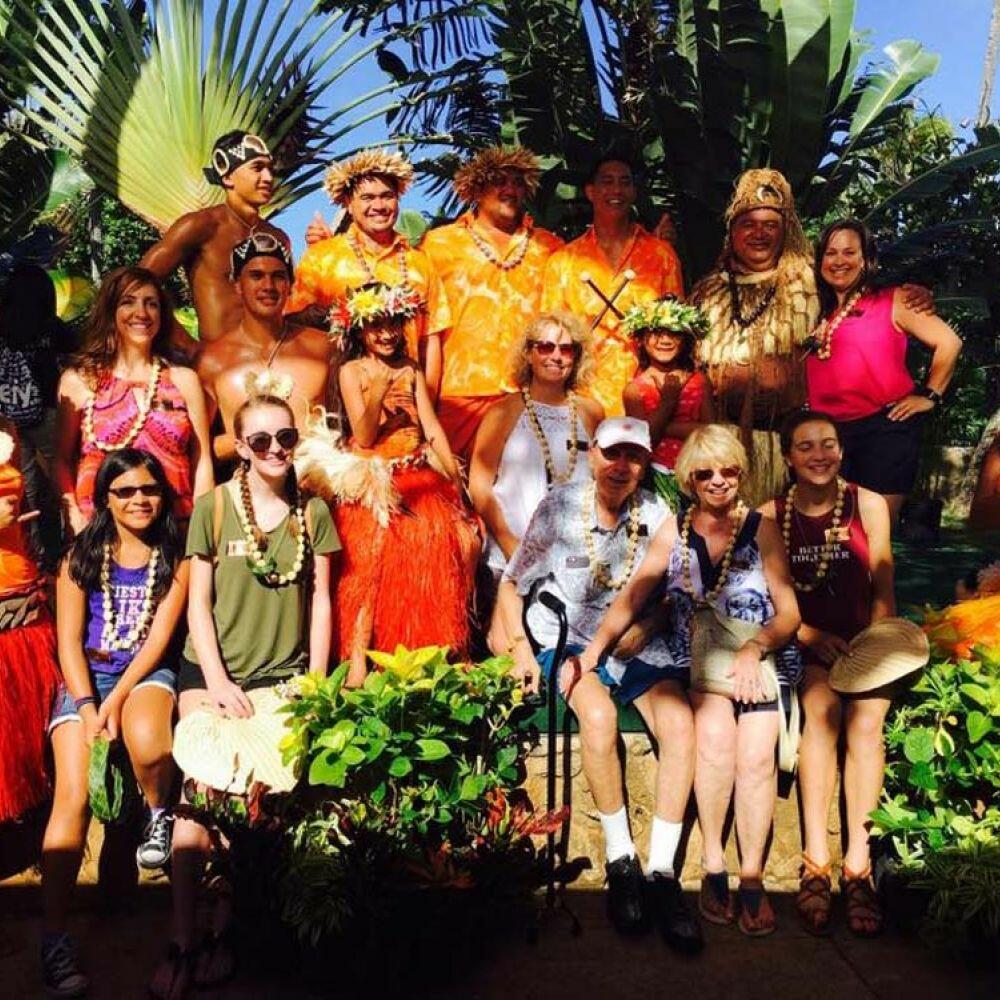 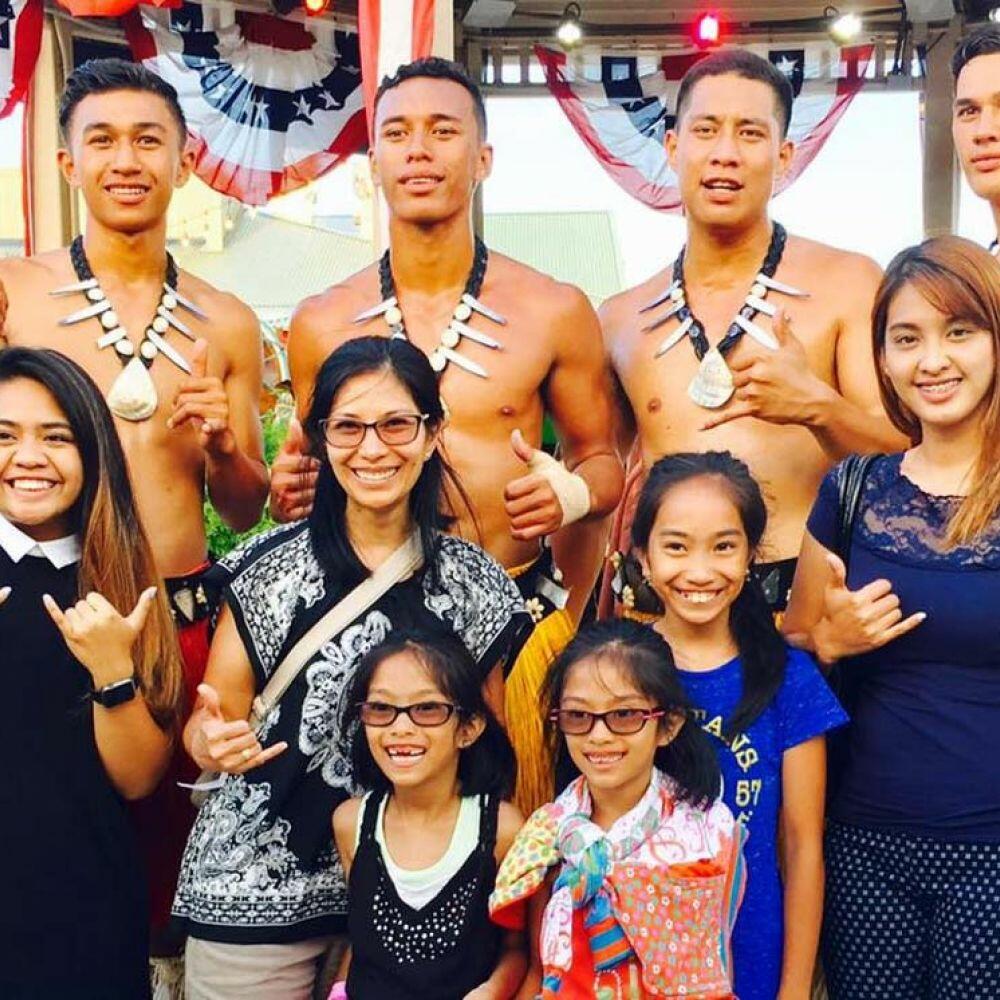 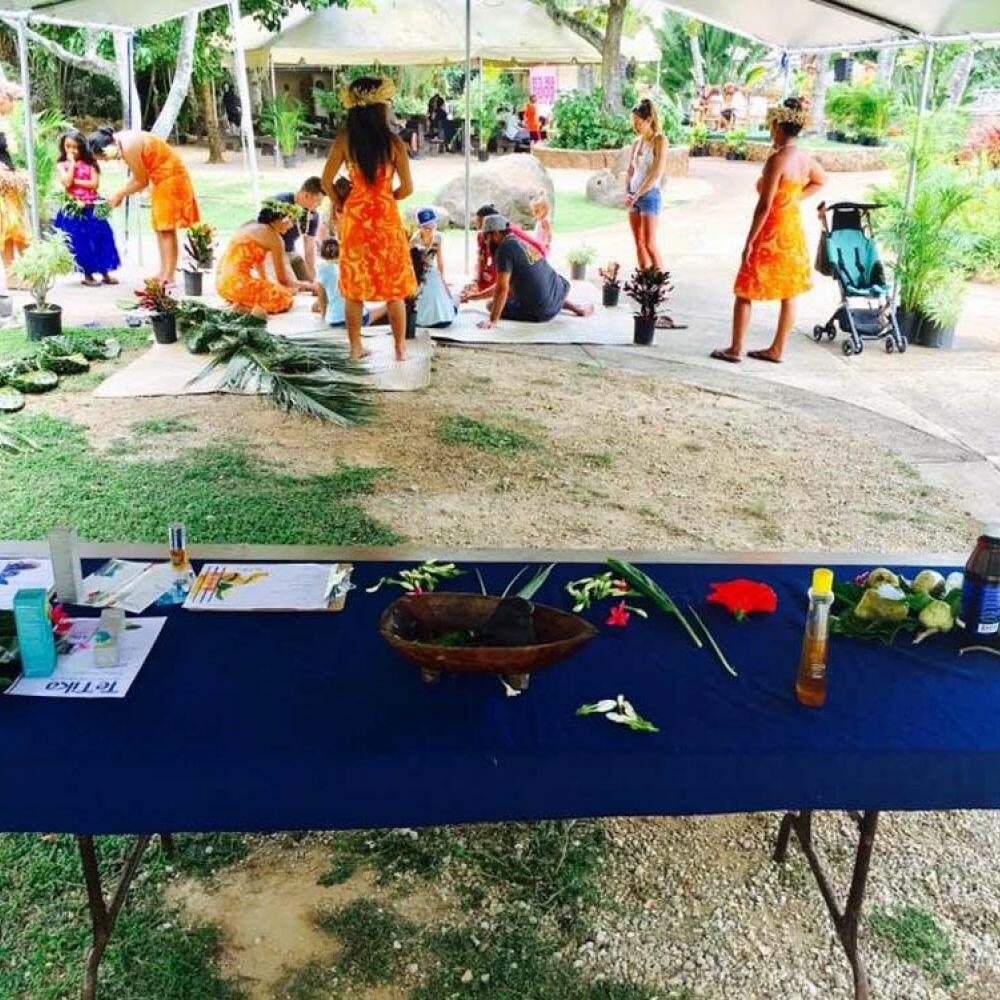 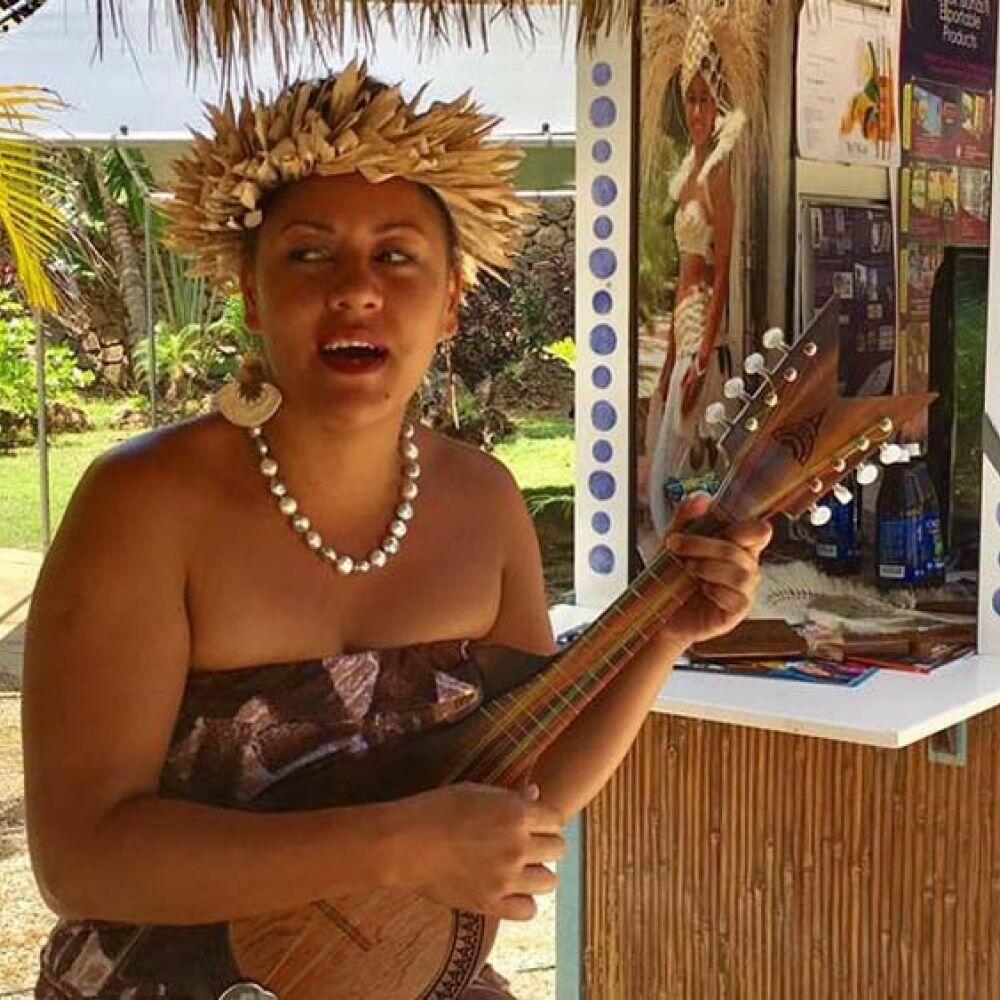 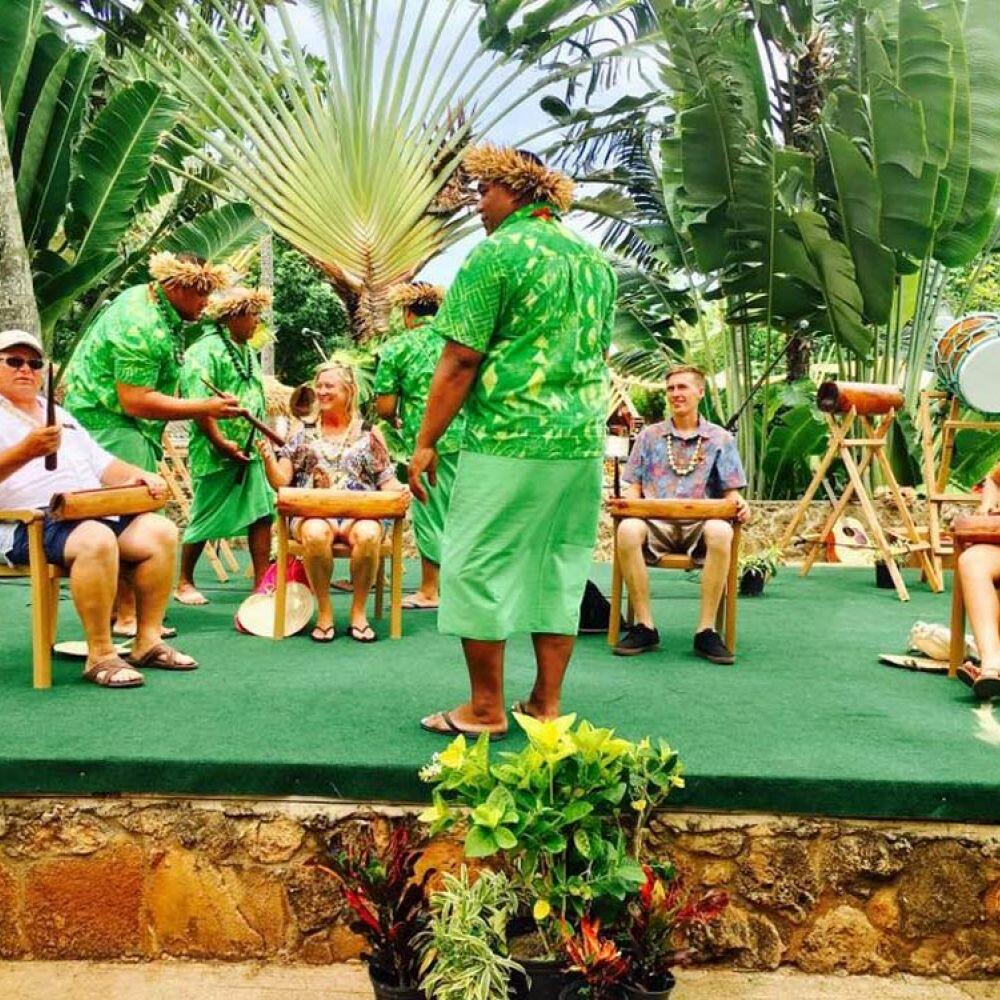 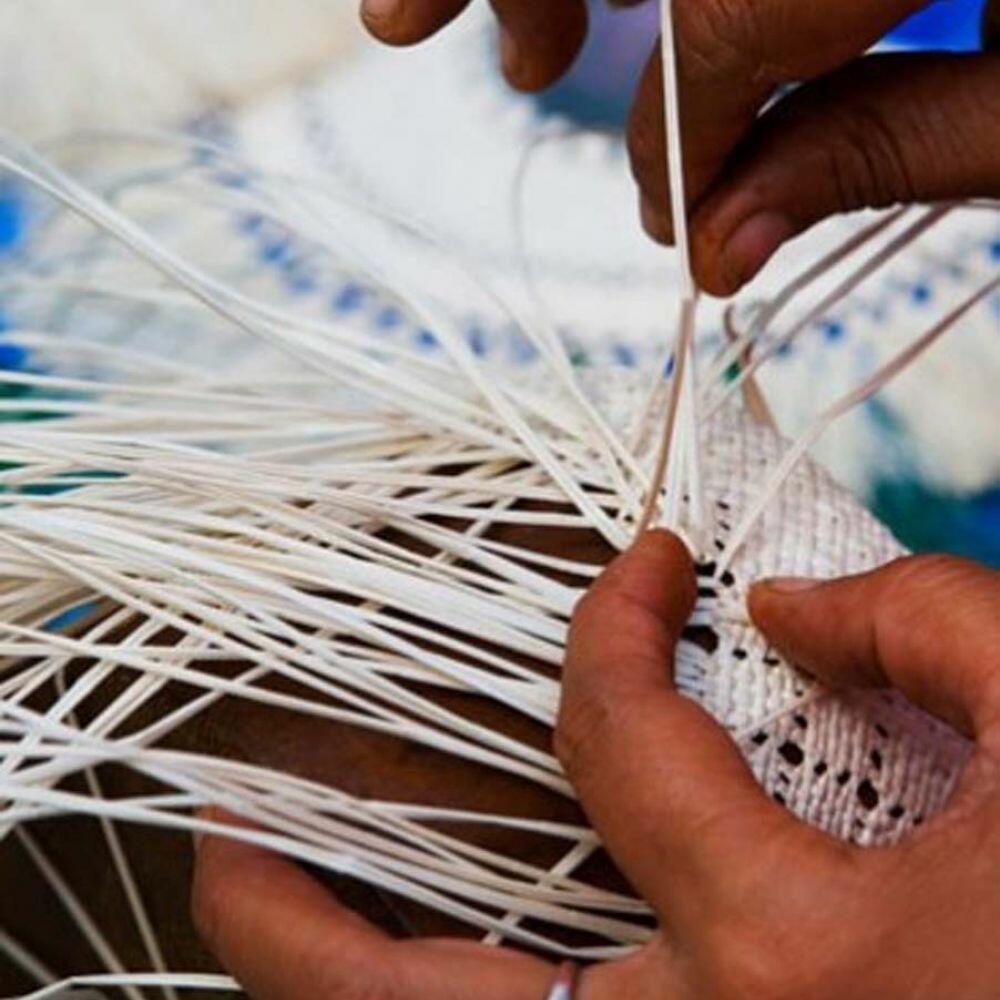 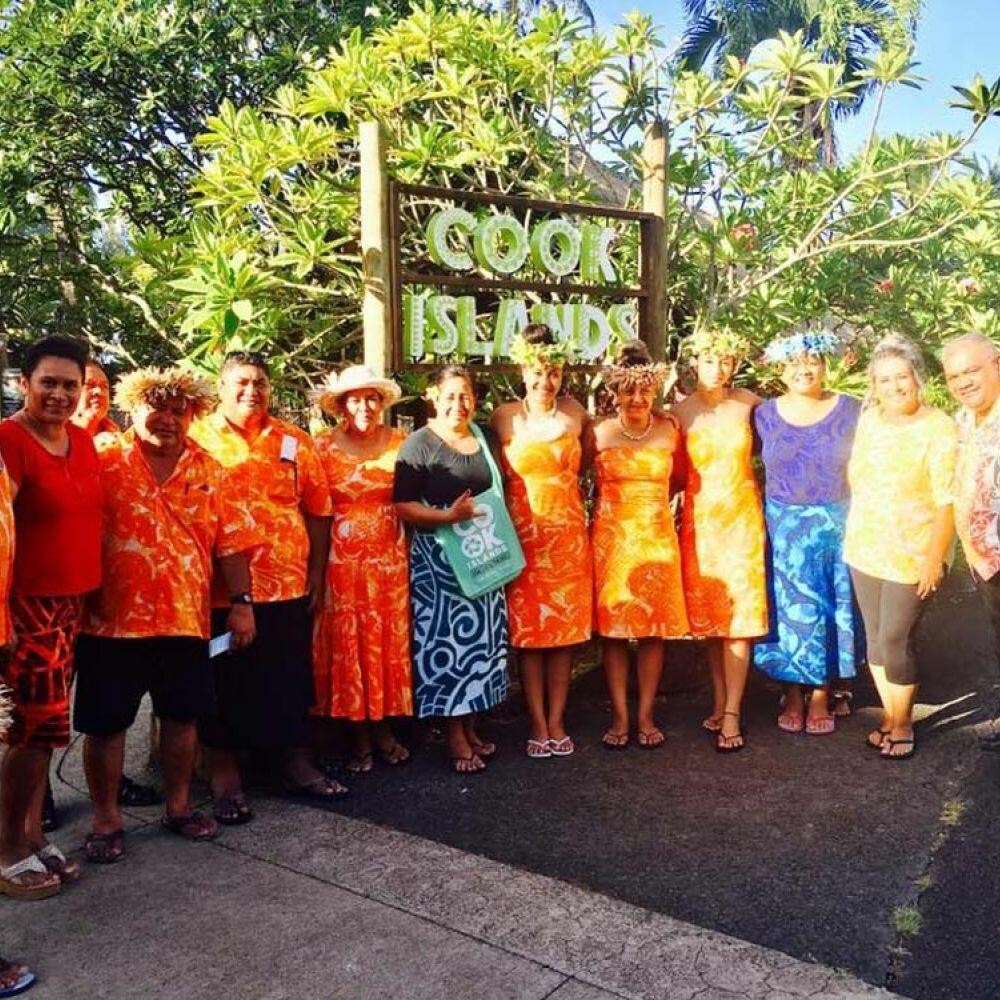 The CINAT group spent the first few days on arrival to attend an orientation by the PCC.

The village set up was completed within 2 days and the planning of the events started with Danny Mataroa, Piltz Napa and Ina Tapurau.

The official opening was marked with a welcome by all the executives and also the village chiefs.  This formal welcome allowed for exchange of gifts to the Vice President of the PCC Delsa Moe – Women’s Rito Hat, and to Steve Lauulu VP of Villages - Rito wooden handle fan.

The CINAT performances as stated by Mrs Delsa Moe – “ has lifted the standard for the PCC and will show other performers to lift their game”  … “they are happy to have such passionate and energetic group of dancers and the drumming and dancing is fantastic”.

The demand for the CINAT group has meant that we have 3 TV shows to present too and possibility 8 roadshows to attend in the coming weeks at different shopping malls and in Waikiki including one only FREE 50 min show at the Polynesian Cultural Centre Pacific Theatre coinciding with the visit by the Deputy Prime Minister Teariki Heather on the 11th August, 2017. At 930pm.

The Polynesian Cultural Centre in Laie Hawaii, opened to the public on Oct. 12, 1963. Throughout the years it has become the number # 1 paid attraction in Hawaii with under a million visitors a year.  It is a non-profit organisation that subsidises the University – BYU Hawaii, the LDS Church School.

Just this month they were voted by USA Today as the number #1 paid attraction in Hawaii.

At a team managers meeting held on Friday 21st July, 2017 the Cook Islands Village were invited and recognised by the executives and thank us for our energy and contribution to PCC.  The PCC executive reported to all managers that the attendance in June was YTD 440k visitors.  With 70% of those visitors from the West Coast Mainland and 15% Asia, 5% from the East Coast and 10% other countries.  Overall PCC was above target 2017. 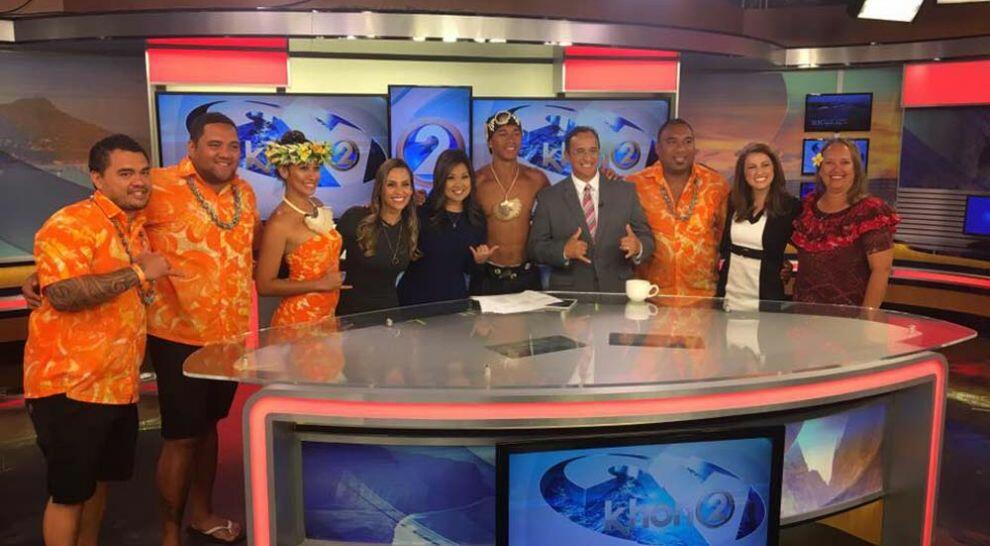