The first day of Tourism kicked off with displaying many vibrant, extraordinarily detailed, and skillfully embroided Tivaevae.

The Cook Islands are famous for a textile art form called Tivaivai. The word translating to ‘patches’. It is a form of artistic quilting traditionally created by Polynesian women. In Tahiti it is known as ‘tifaifai’. Tivaivai are traditionally made as coverlets and cushions. They are commonly regarded as ceremonial cloths, as making the magnificent patchwork is extremely time-consuming - one tivaevae taking a minimum of 3 months to create. Many Cook Island women create and carefully protect their Tivaivai. Especially in preparation for ceremonies like the first born in a family, for a haircutting, a wedding, a special birthday or a funeral. 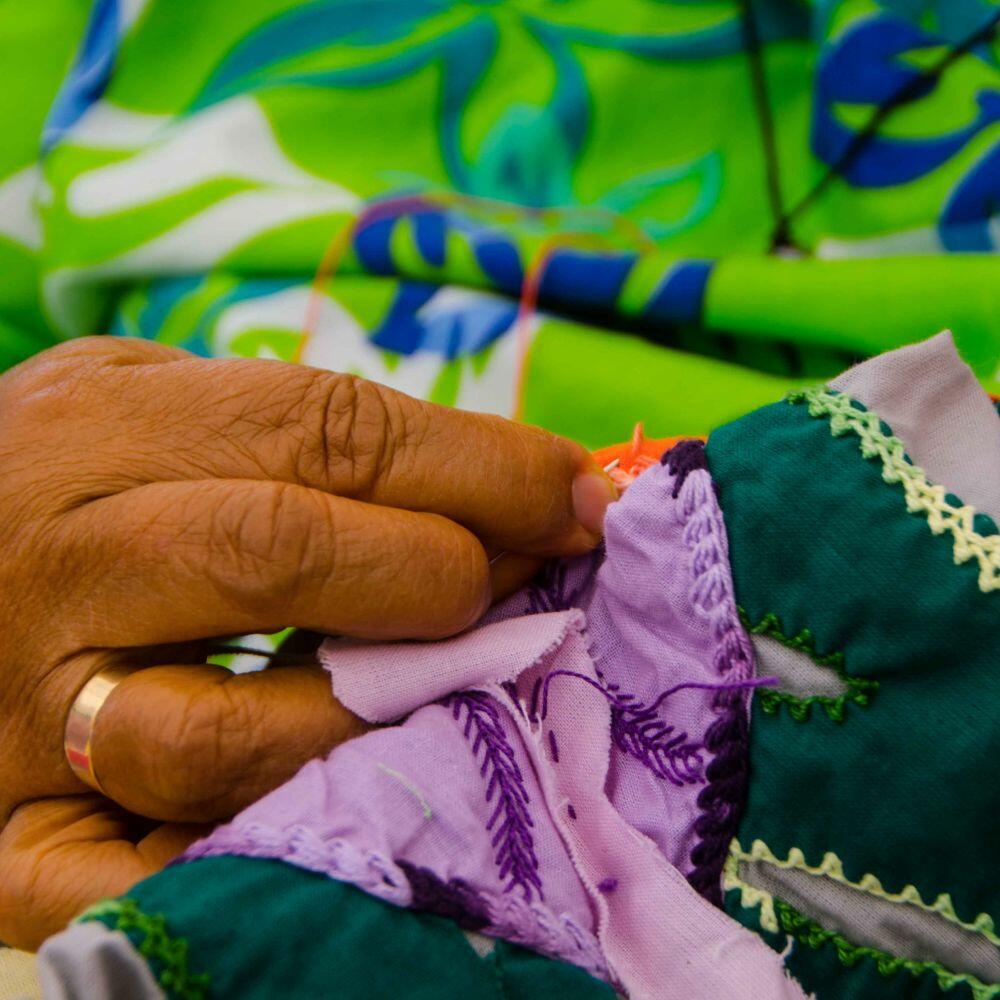 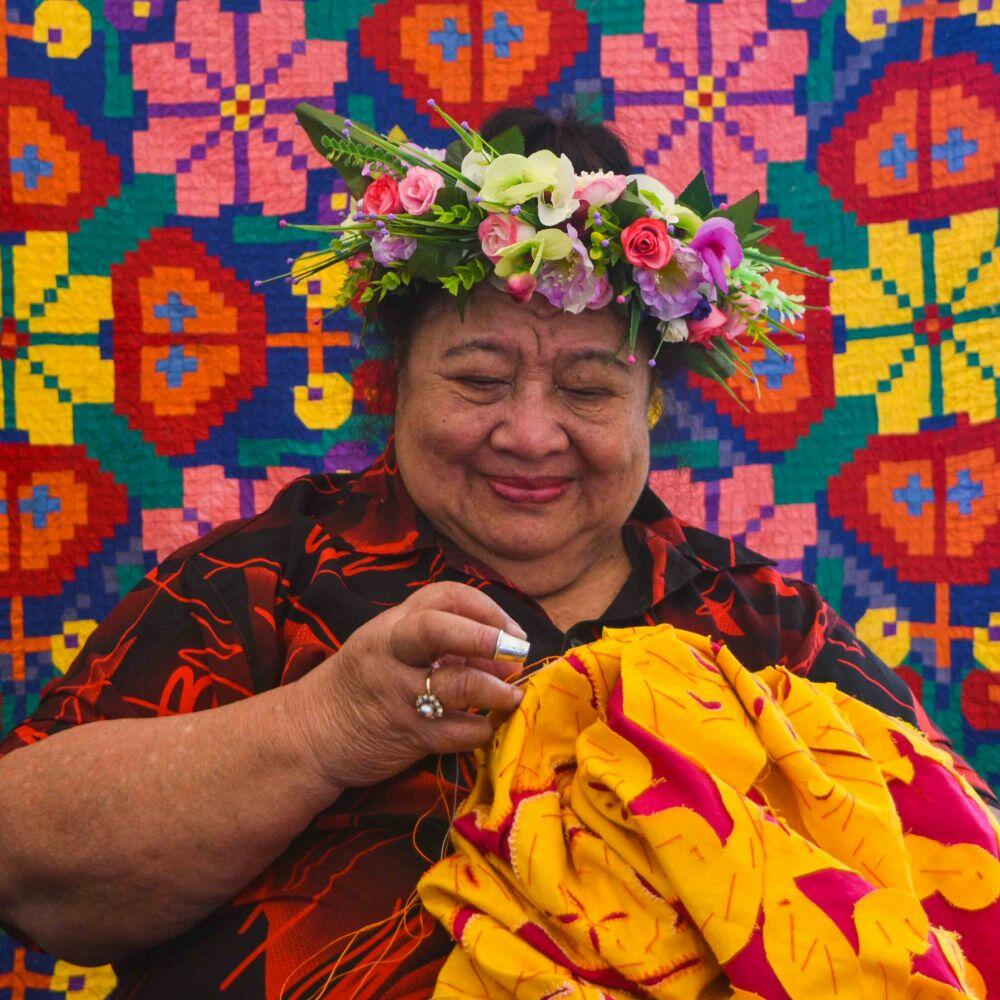 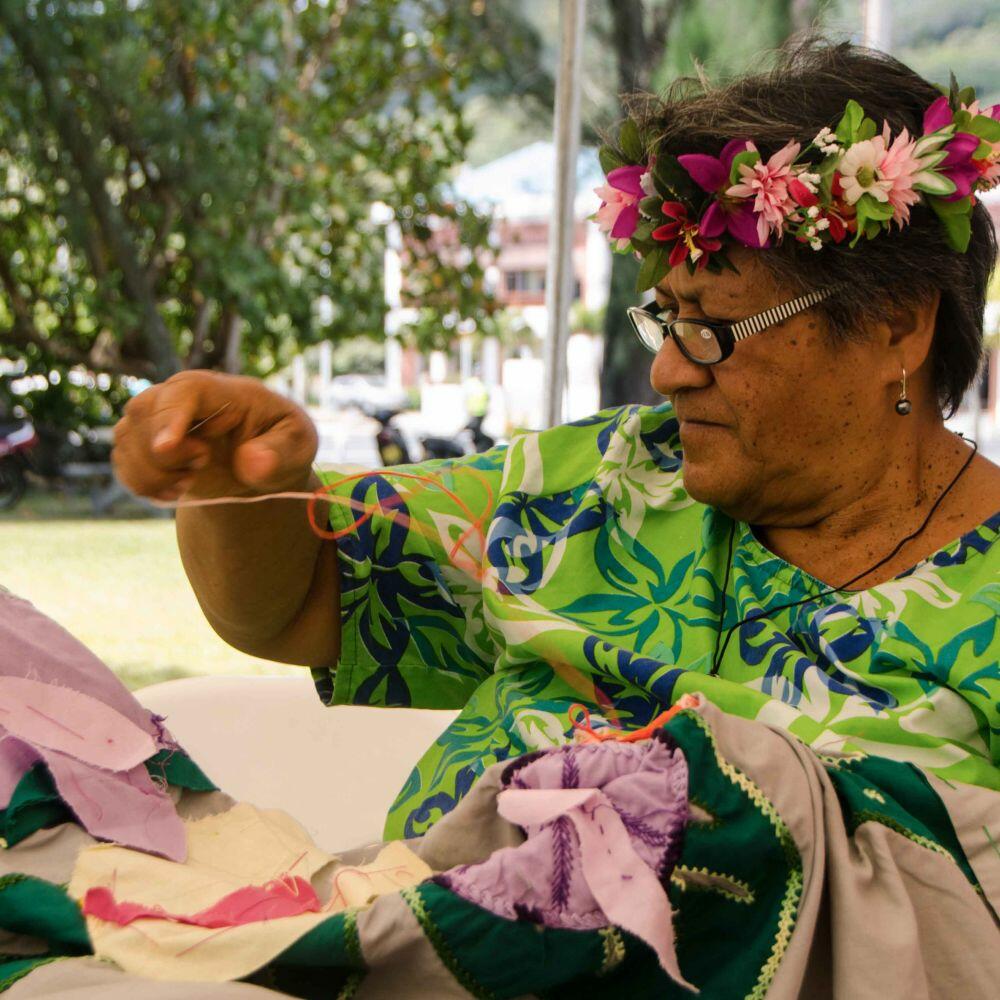 We were privileged to have artists of Tivaivai, the mama’s, sitting around tables sewing away their current Tivaivai projects, clucking away cheerfully whilst listening to the sweet strumming and singing of Papa Tua and Aunty Puna. It was an exciting day, more and more artists arrived with Tivaivais of variety ready to be proudly hung and shown off.

There are three types of Tivaivai. There is Tivaivai Manu, consisting of a solid colour fabric, folded and cut into intricate floral patterns and applied to a contrasting coloured background fabric. 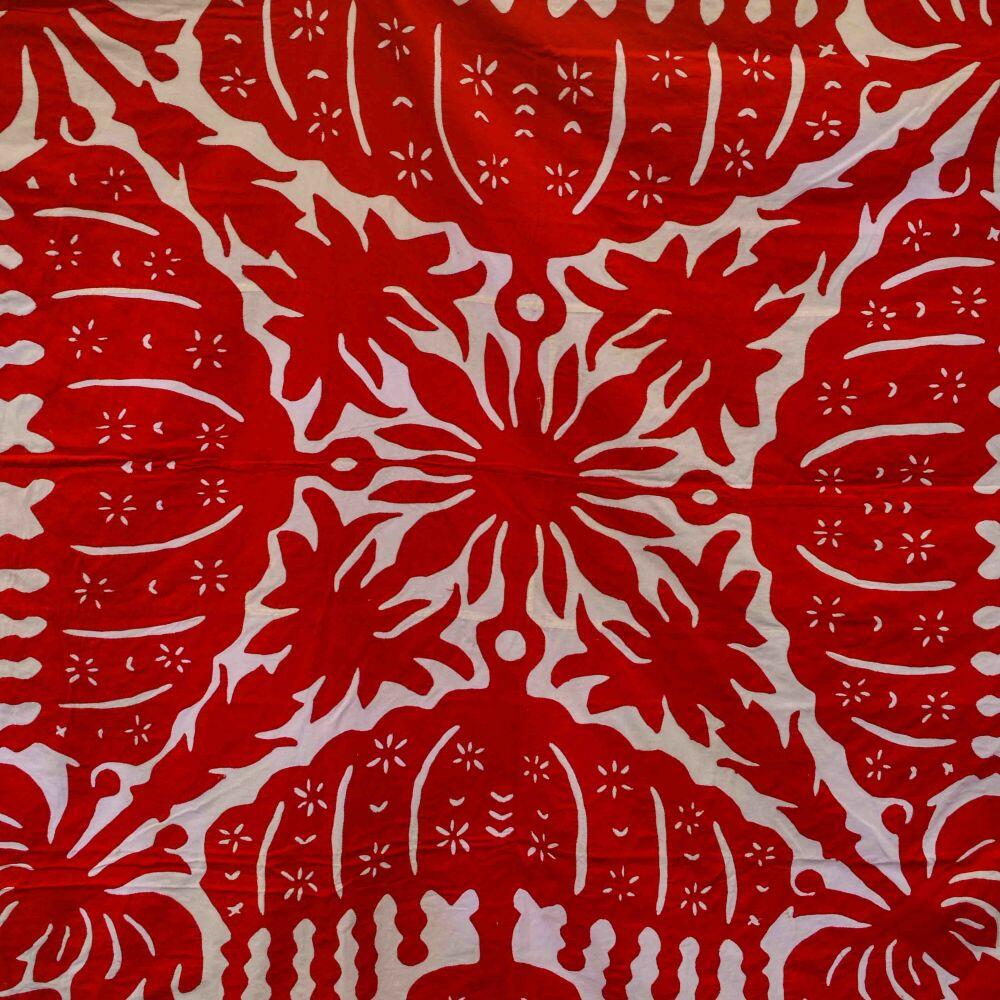 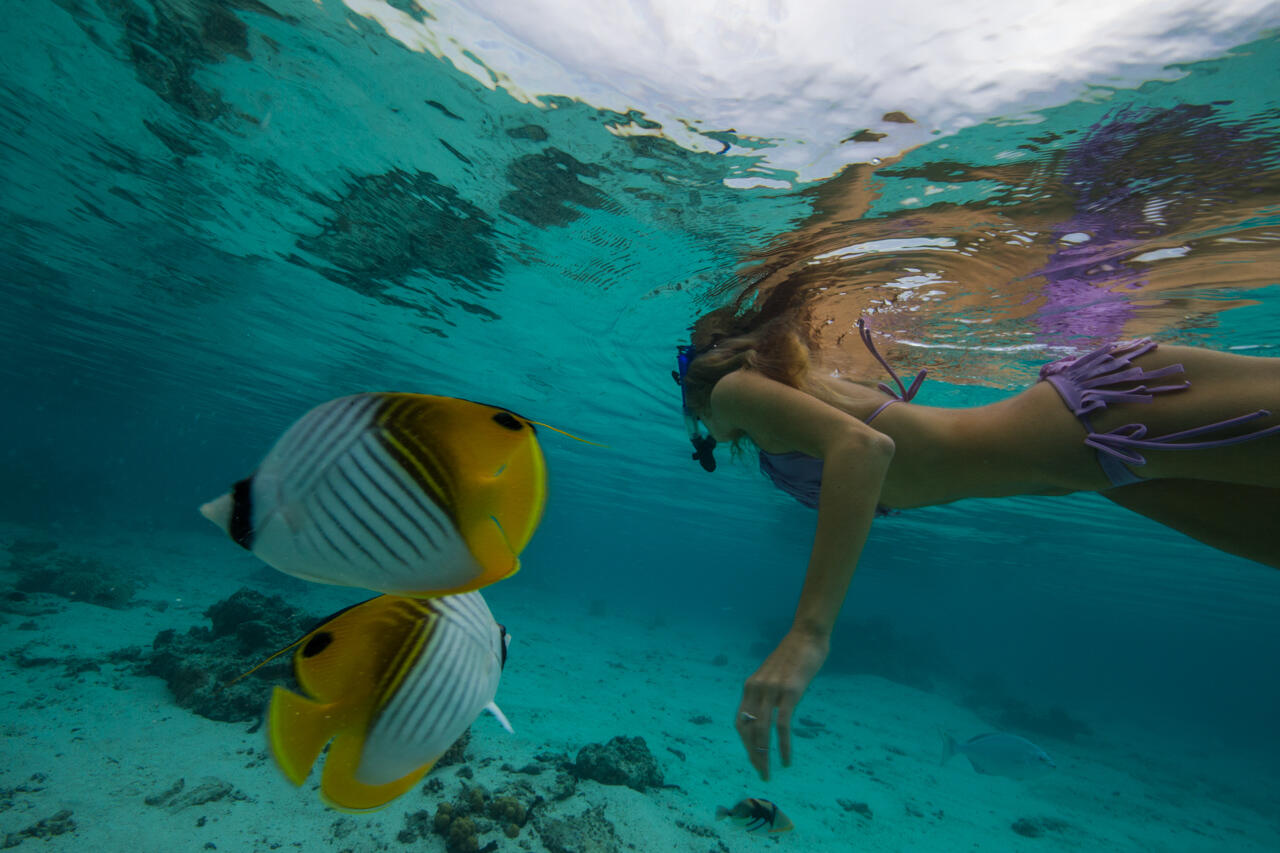 Tivaivai Taorei, is Tivaivai composed of tens of thousands of small square, triangular, diamond or hexagonal patches of solid colour fabrics. Which are arranged and sewn together to create a repetitive mosaic pattern. 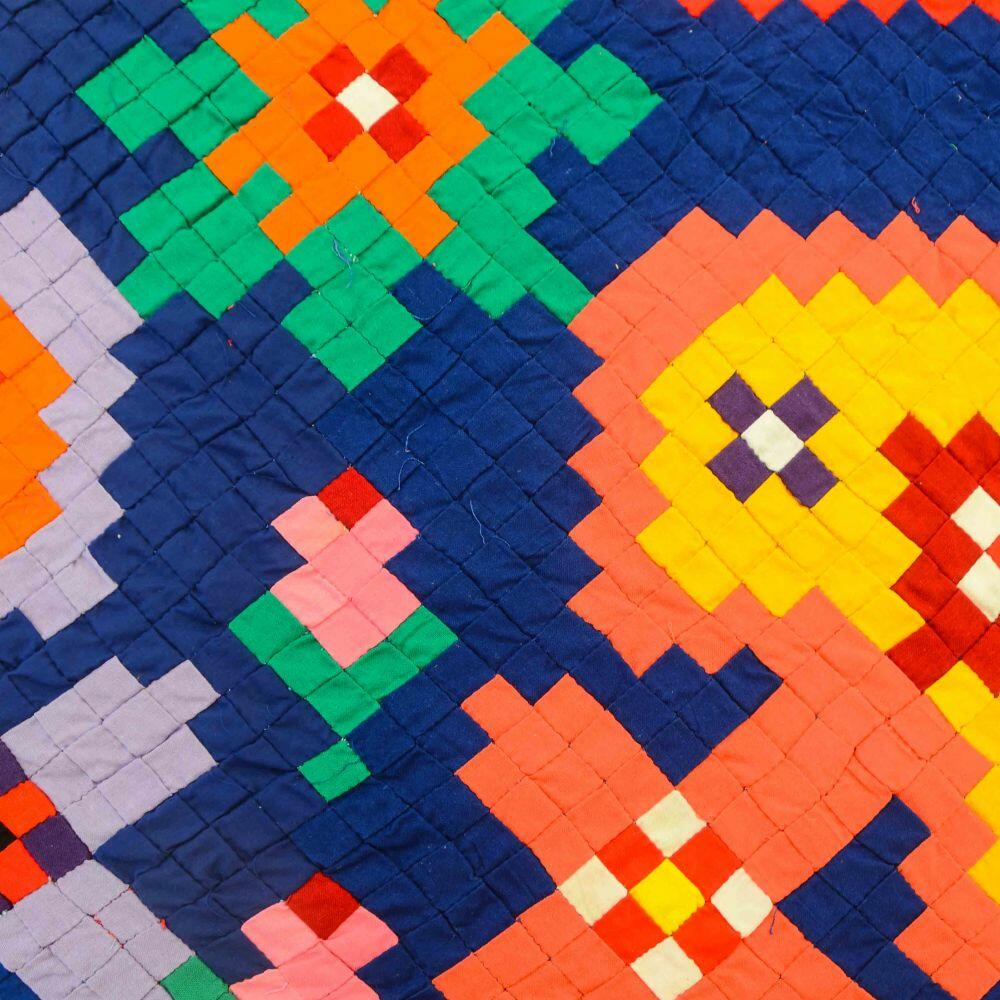 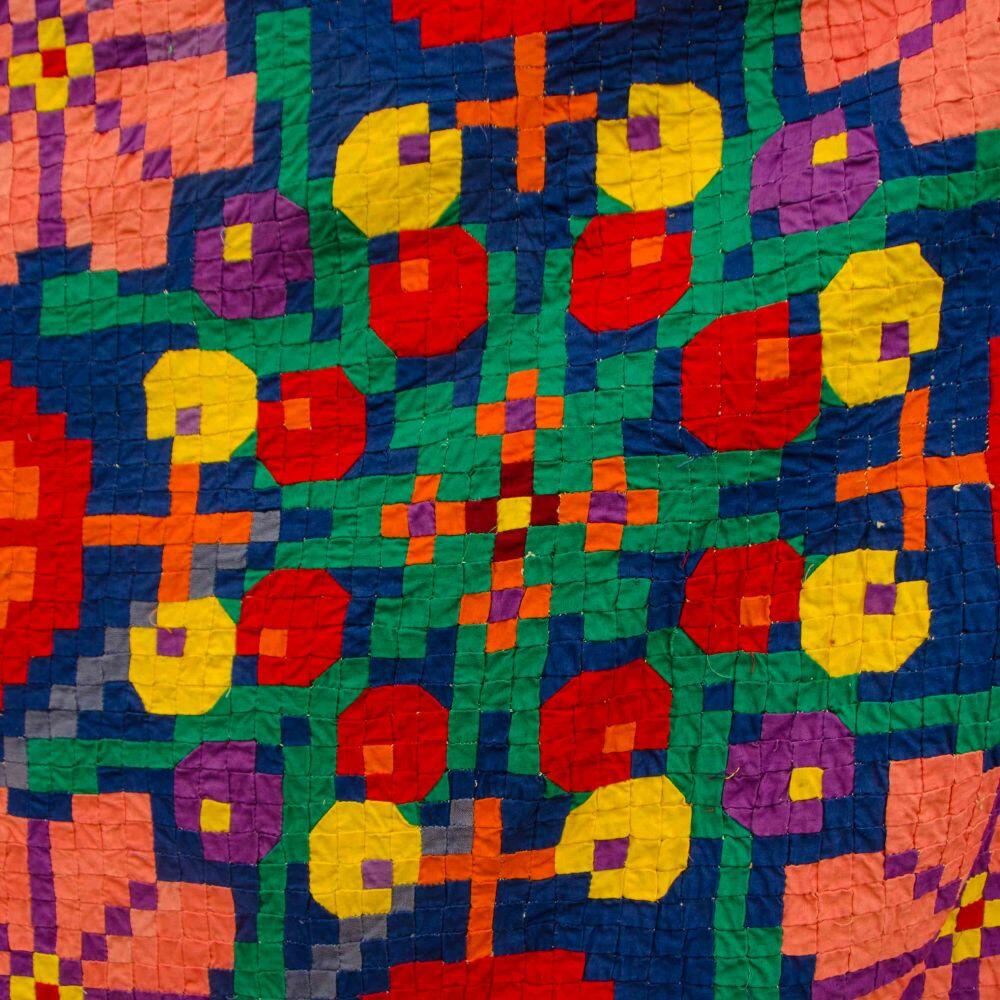 Finally, Tivaivai Tataura. It has a solid colour background, flowers and leaves of various colour’s which have been richly decorated and intricately embroiled onto the background. 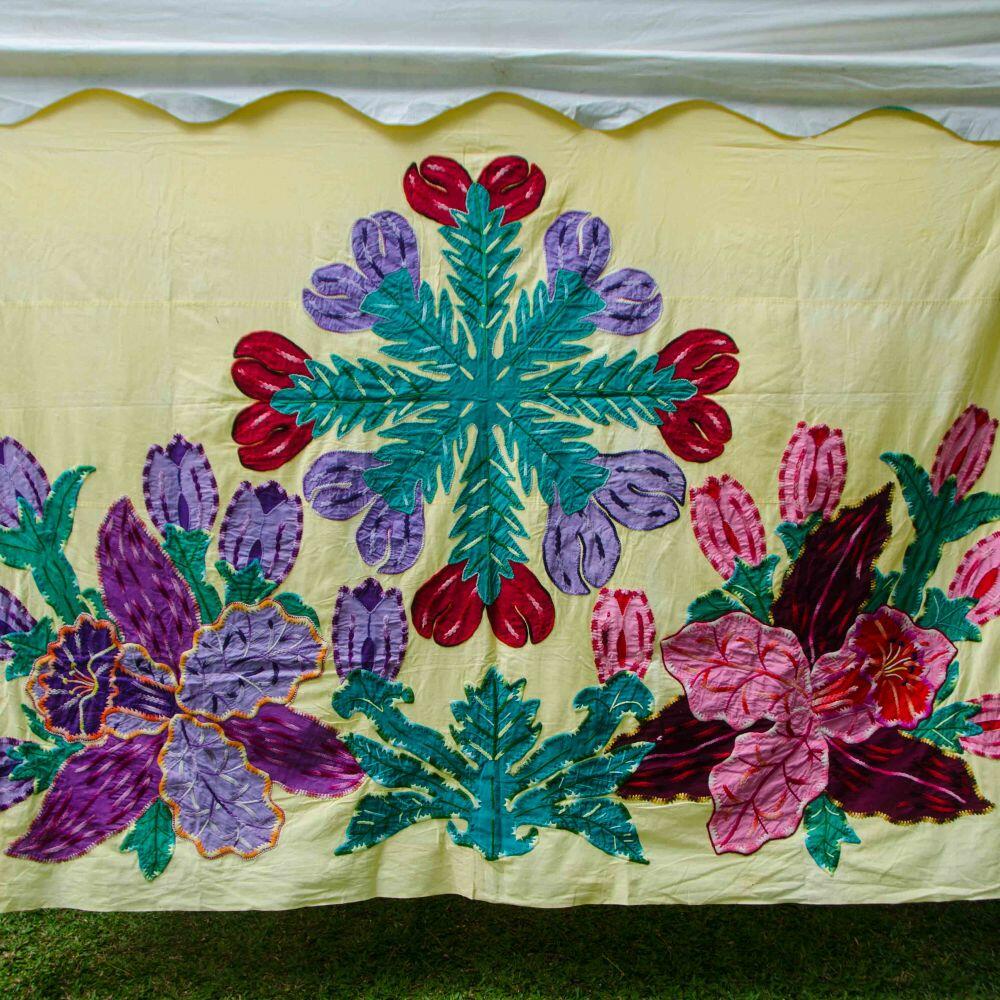 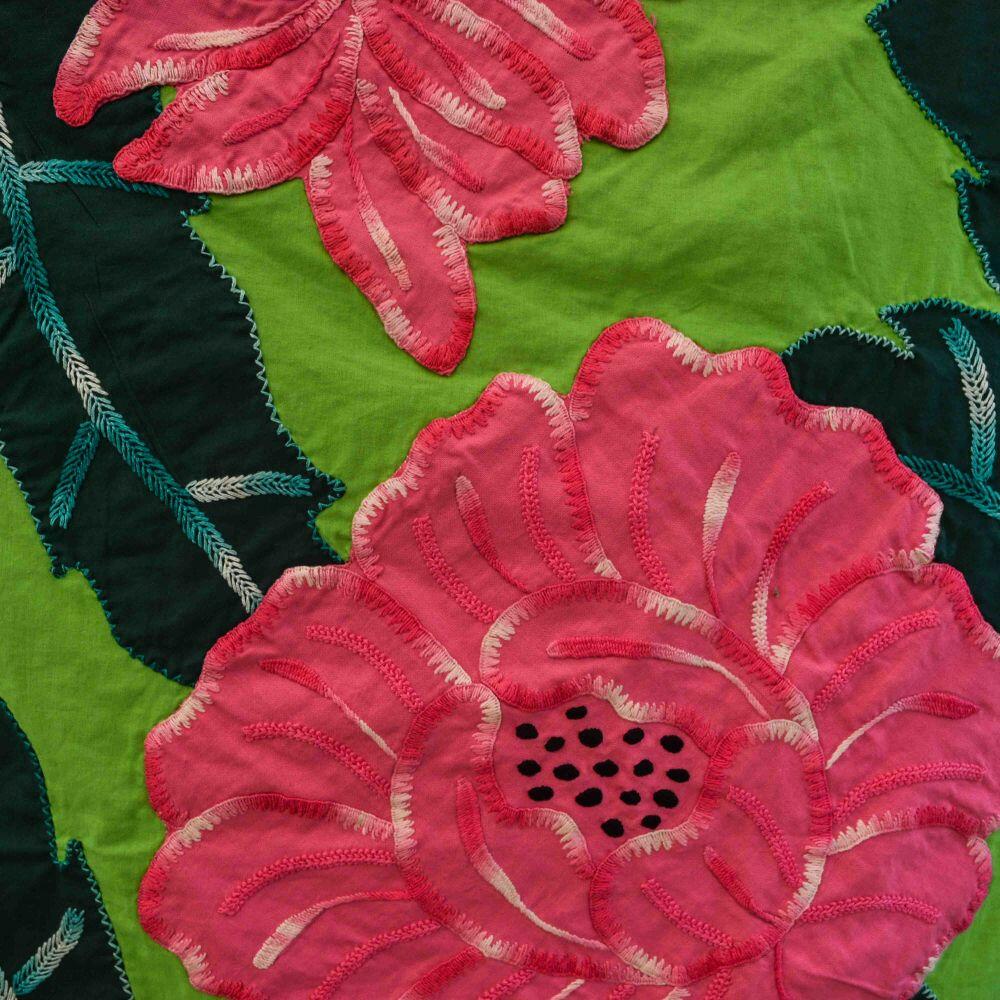 To feed the crowd was food stall proving very popular amongst the local people and tourists. There were plates of pawpaw and grated coconut; chicken rukau; goat curry and rice, corn brisket and the Cook Island classic: ika mata and taro. And to quench your thirst were bottles of cold uto drink and fresh nu.

The afternoon ended with an Ura Fitness demonstration by our very own Aunty Nan and Aunty Lydia. Our aunties danced a duet to funky beats, waved their hands in the air and shook their hips. The mama’s certainly found it entertaining and hopefully encouraged our tourists to join in a little Ura Fitness later in the week. 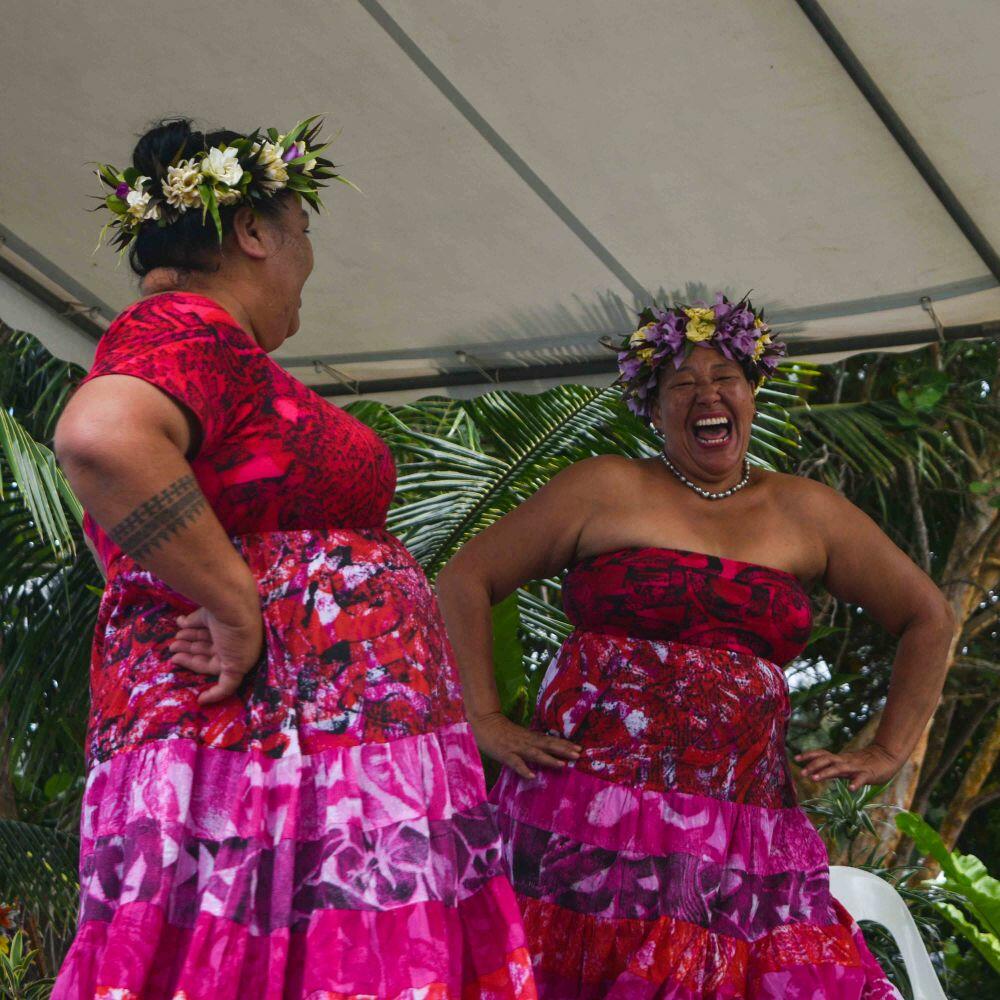 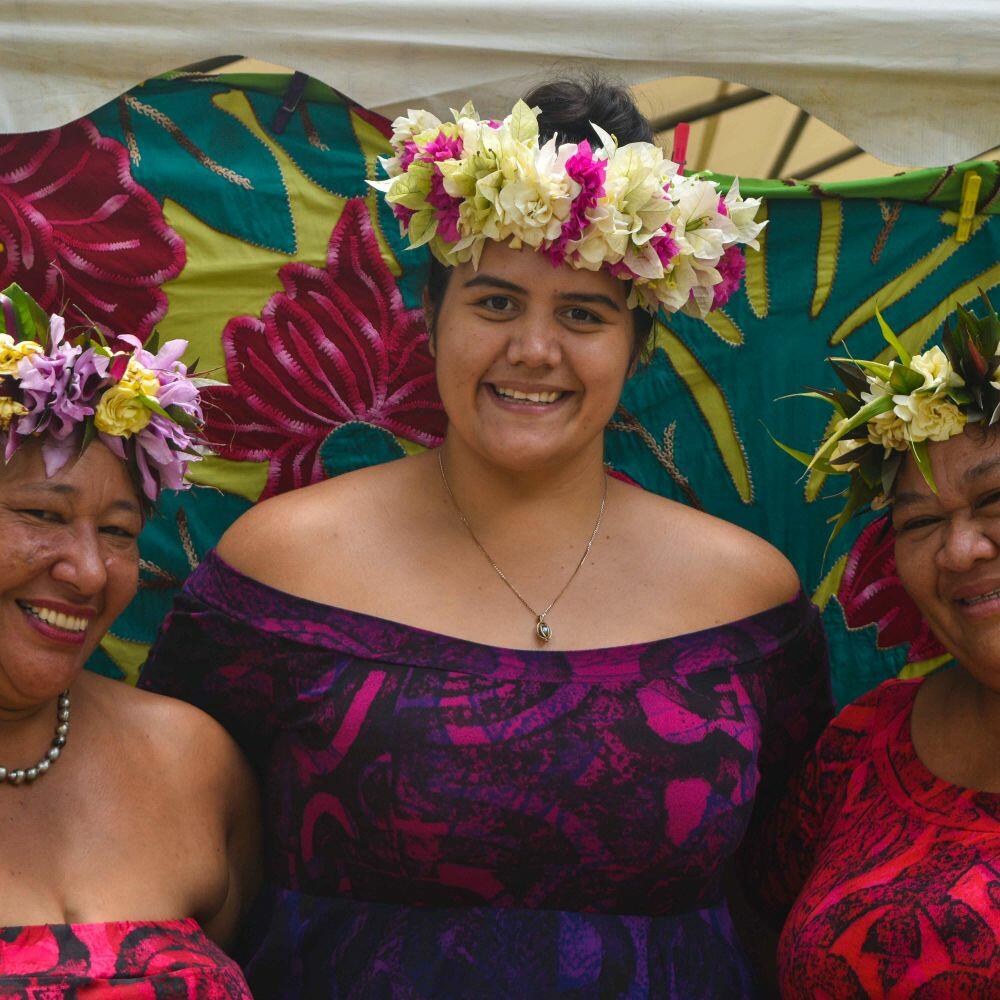 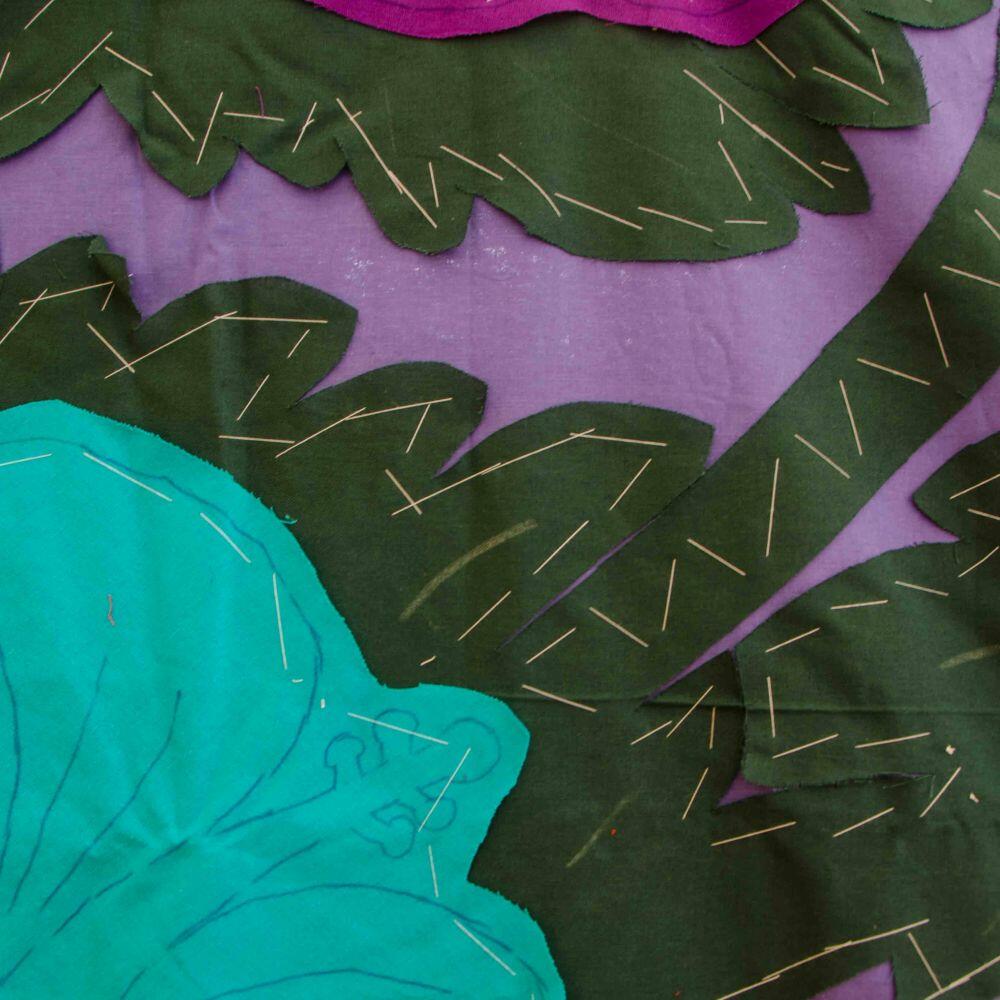