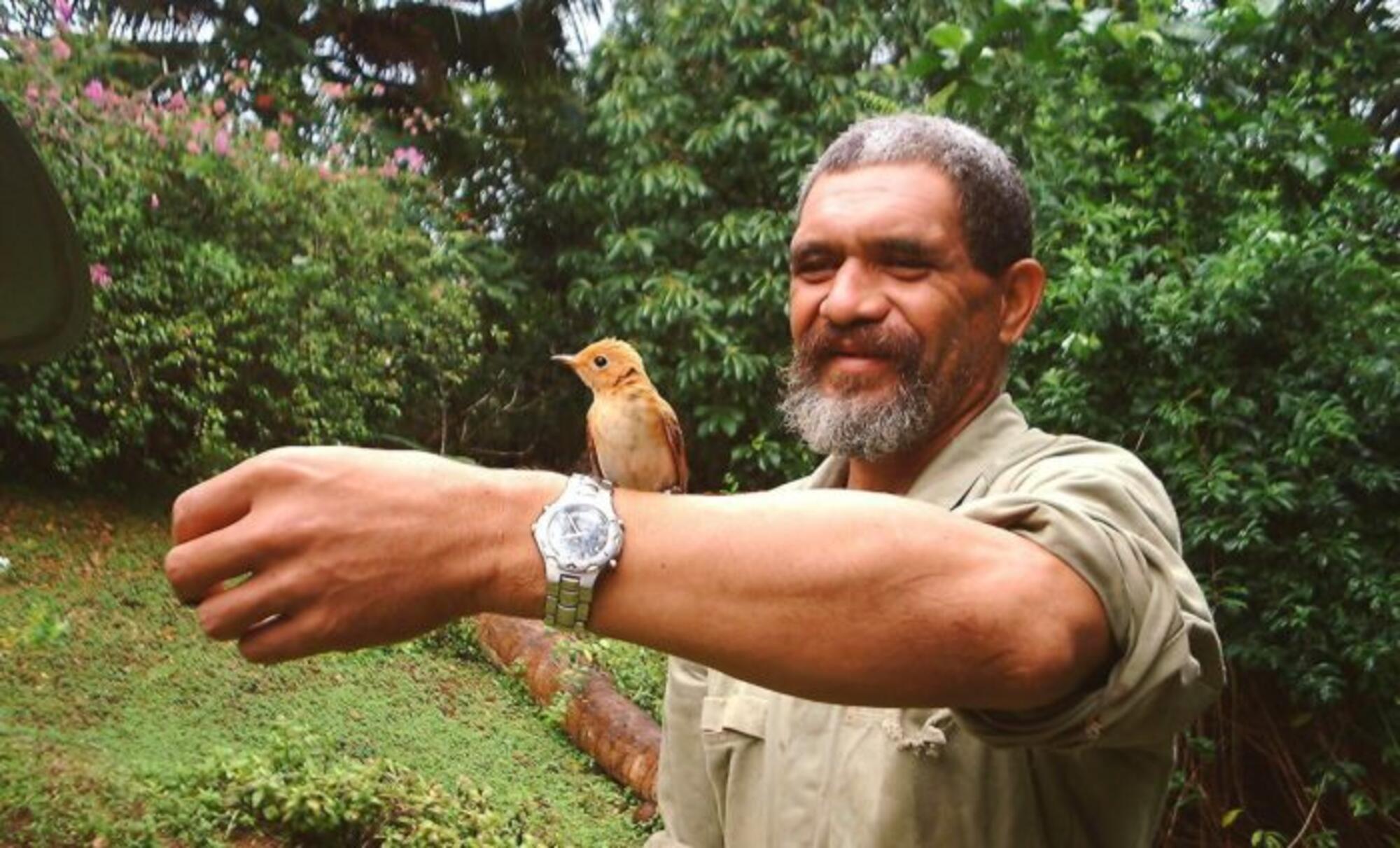 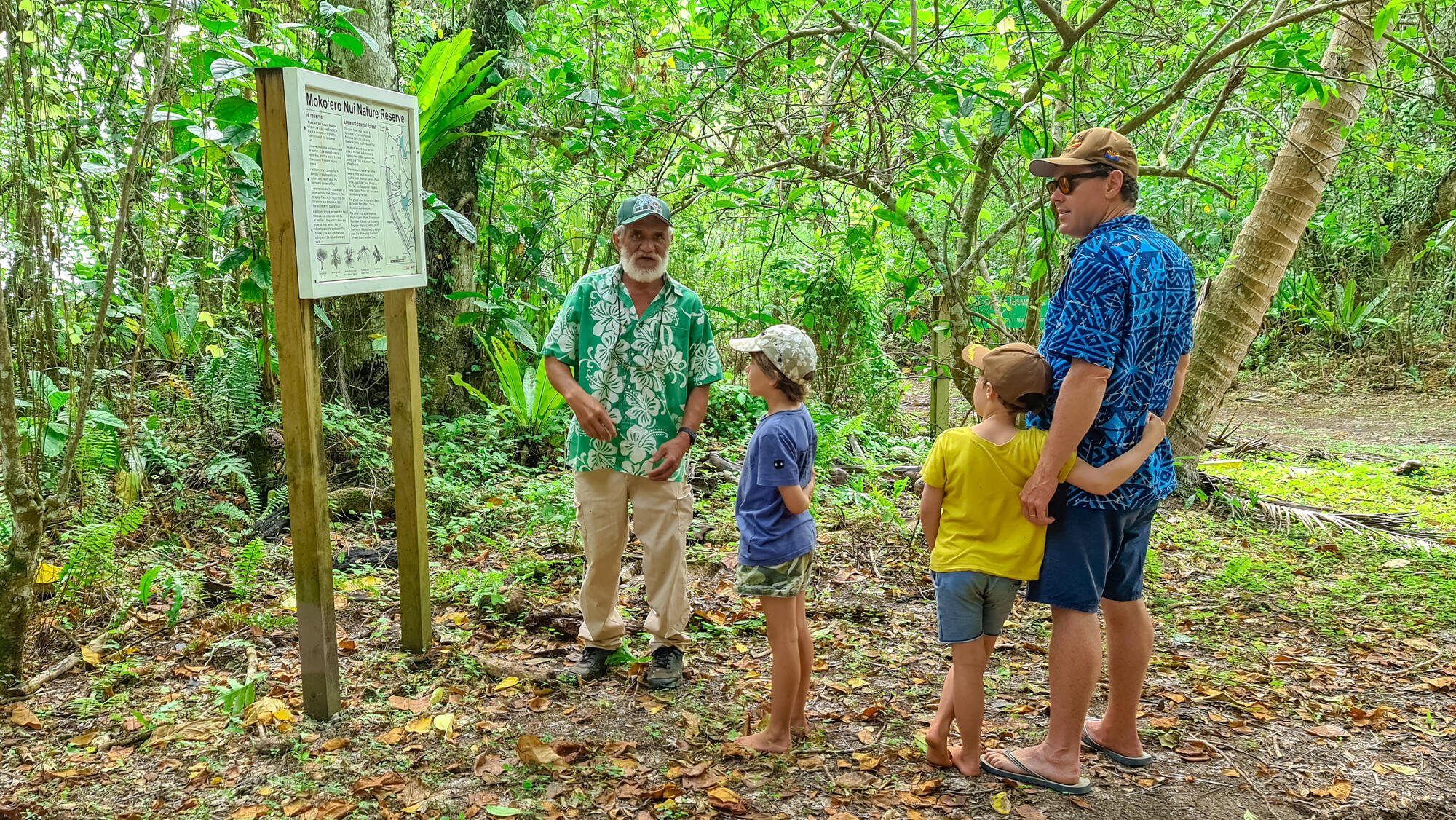 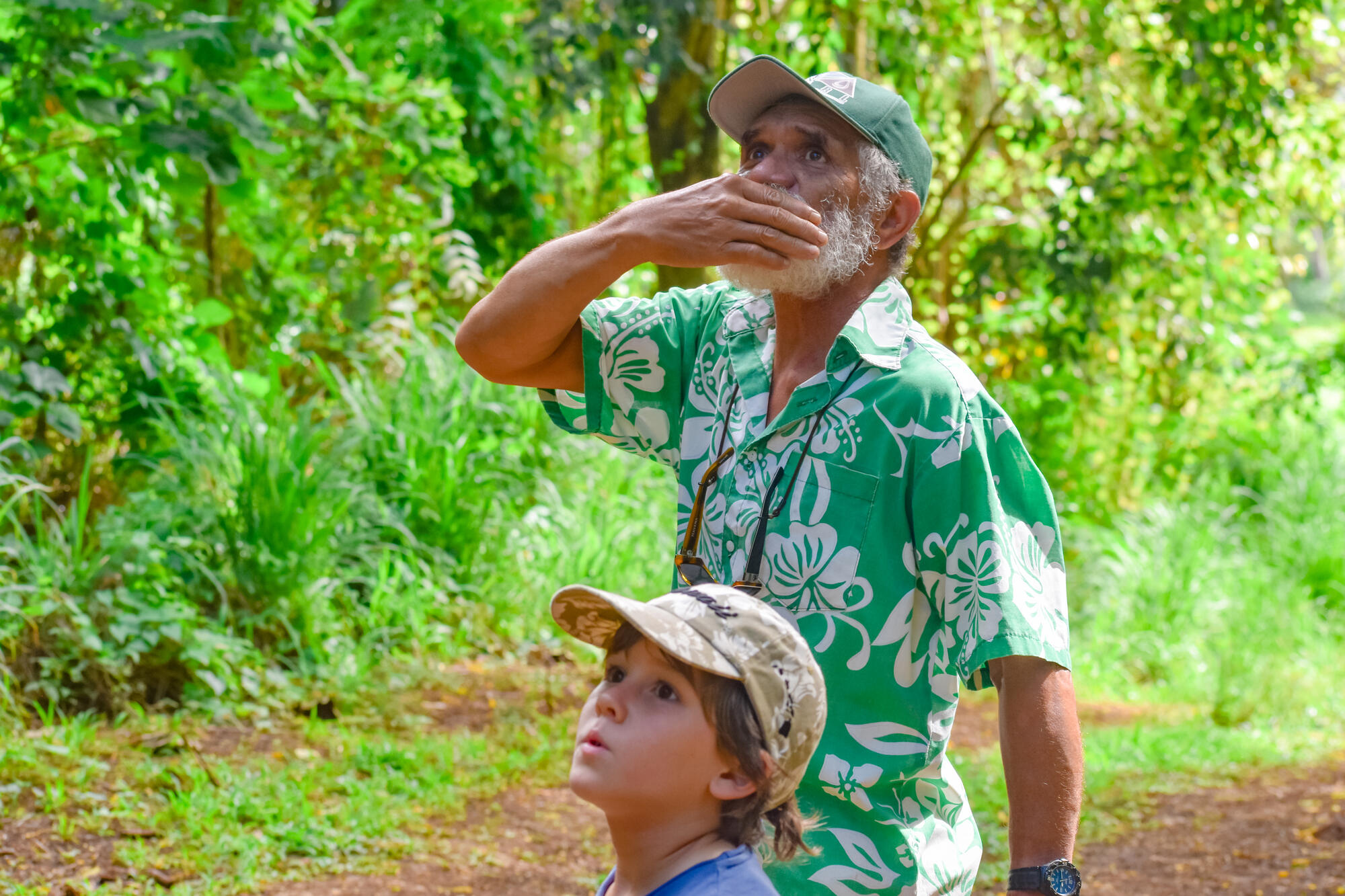 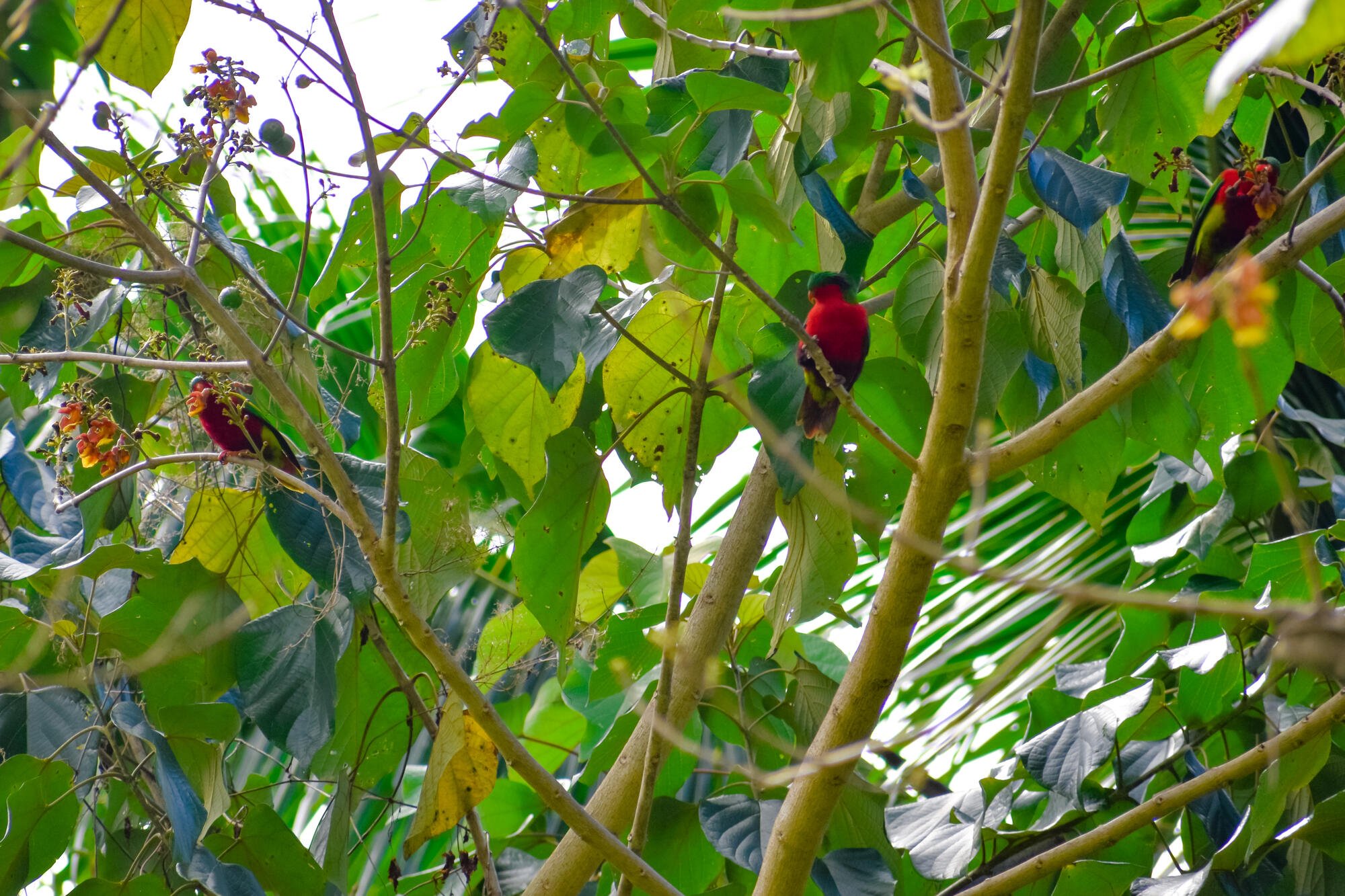 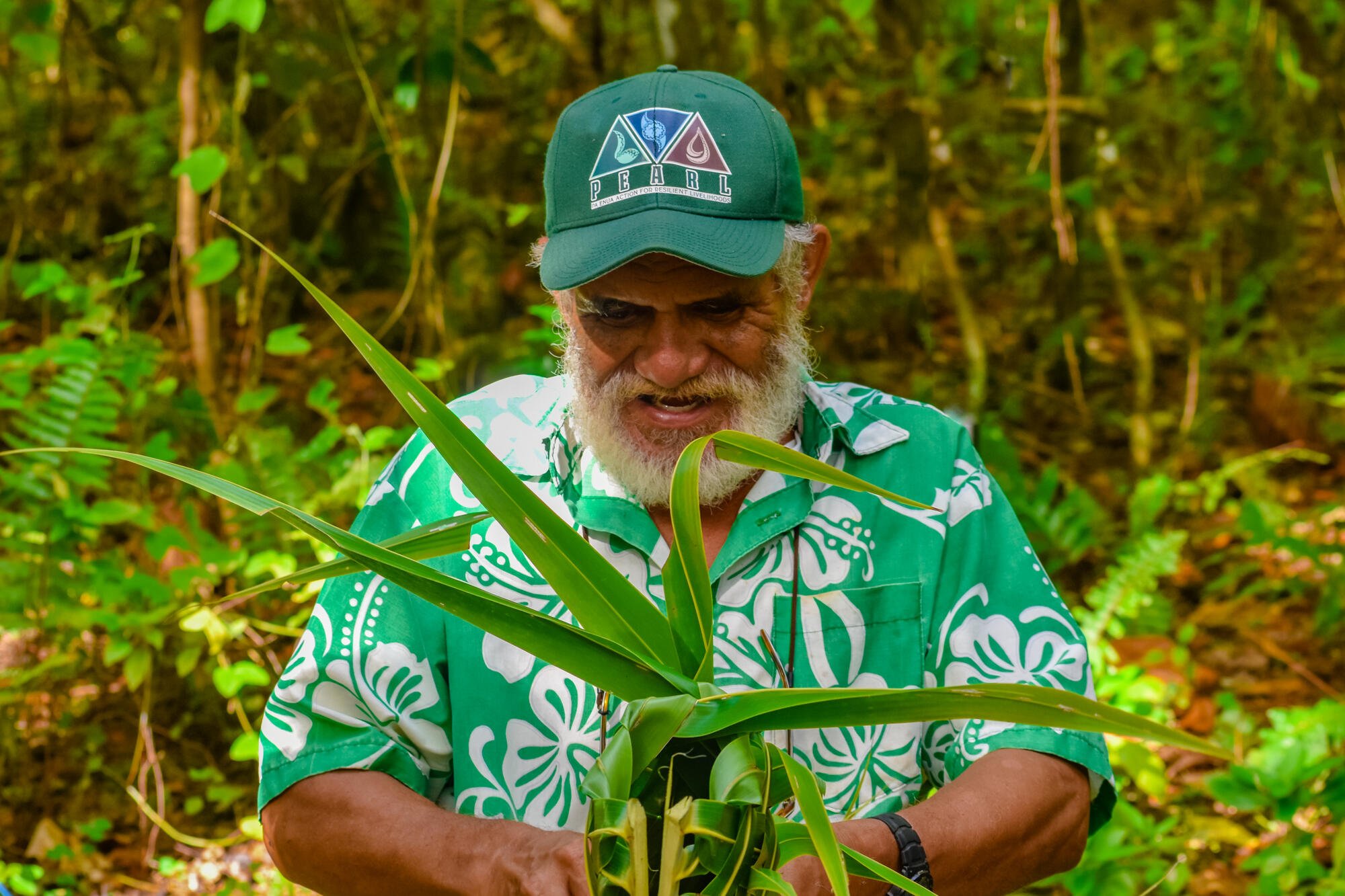 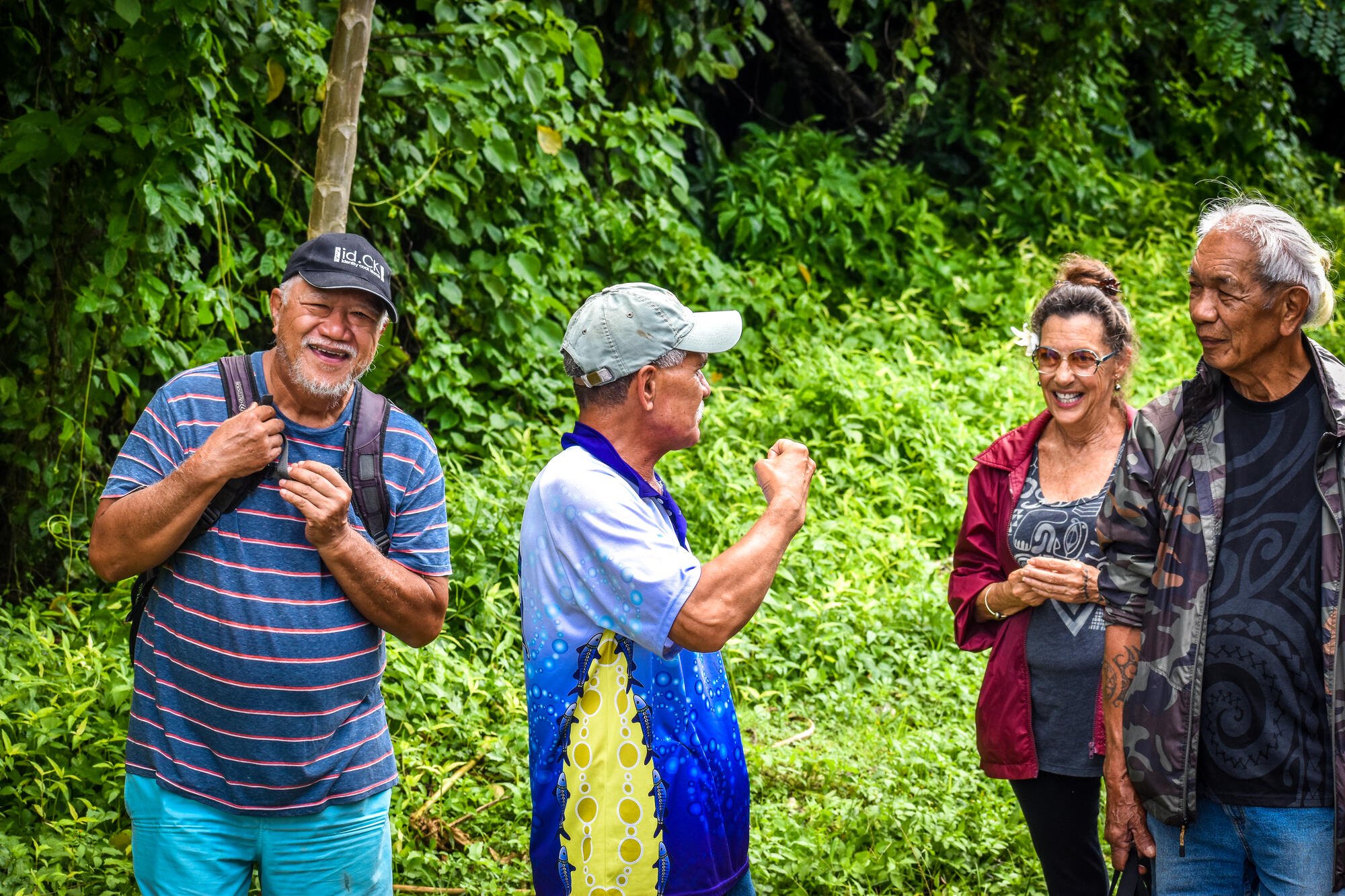 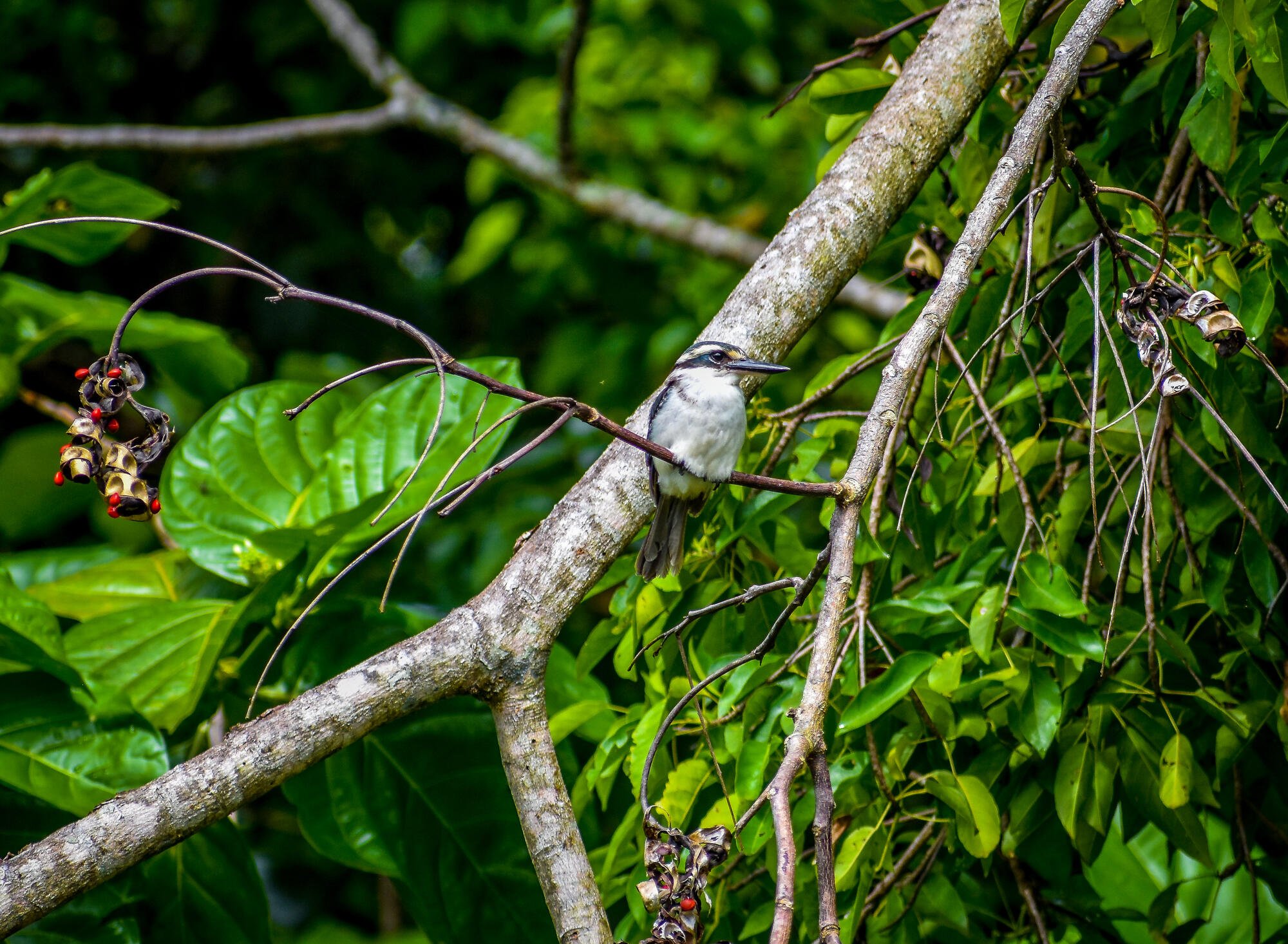 George Mateariki is our "Birdman" in Atiu. He is employed by the Takitumu Conservation Area to look after the 30 Rarotongan Flycatchers (Kakerori) that were transferred to Atiu from 2001 to 2003, as part of a recovery programme to look after this endangered bird species that was reduced to just 29 birds on Rarotonga in 1992. The Kakerori were relocated from Rarotonga due to ship rat attacks that were devastating the bird population. In Atiu, George is employed part time to trap ship rats at the island entry points and monitor the Kakerori. Also 27 of the endangered Rimatara lorikeet were reintroduced to Atiu in 2007 for the same reasons. They too are breeding successfully.

Birdman George Eco Tours offers to show you these birds and all the other birds of Atiu in a tour that lasts 3 hours.

He also offers a more in-depth tour of the island, including:

This tour lasts between 4 to 5 hours and includes a picnic and, and as a special on Sundays only, his "Restaurant on the Beach" with local food from his family's umu (earth oven).