A group of Canterbury Travel agents recently visited Rarotonga in the culmination of a sales incentive led by Virgin Australia, Cook Islands Tourism and Christchurch Airport.

The visited was planned to help promote the second season of Virgin Australia’s direct Christchurch – Rarotonga service, which operates between June & October. The group mixed business with pleasure, escaping the Southern winter for three nights to check out many of the popular Island’s resorts, as well as activities including the Ariki Adventures Sea Scooter Safari, Koka Lagoon Cruises and Te Vara Nui.

Christchurch Airport’s Gareth Williamson says “we are delighted with the trade’s support of Virgin Australia’s direct flight between Christchurch – Rarotonga. The service is in its second year, and is performing extremely well. It has been a pleasure partnering with Virgin Australia & Cook Islands Tourism to promote the service as well as the Islands, and we enjoyed hosting a group of our top sellers on the service”.

Cook Island Tourism’s Marketing Manager, Rachel Mackey says “we are dedicated to working with Virgin Australia and Christchurch Airport to make it easier for Southerners to escape to Rarotonga. The trade are a major factor in helping us grow that market and we appreciate all the support they have shown for this service”. 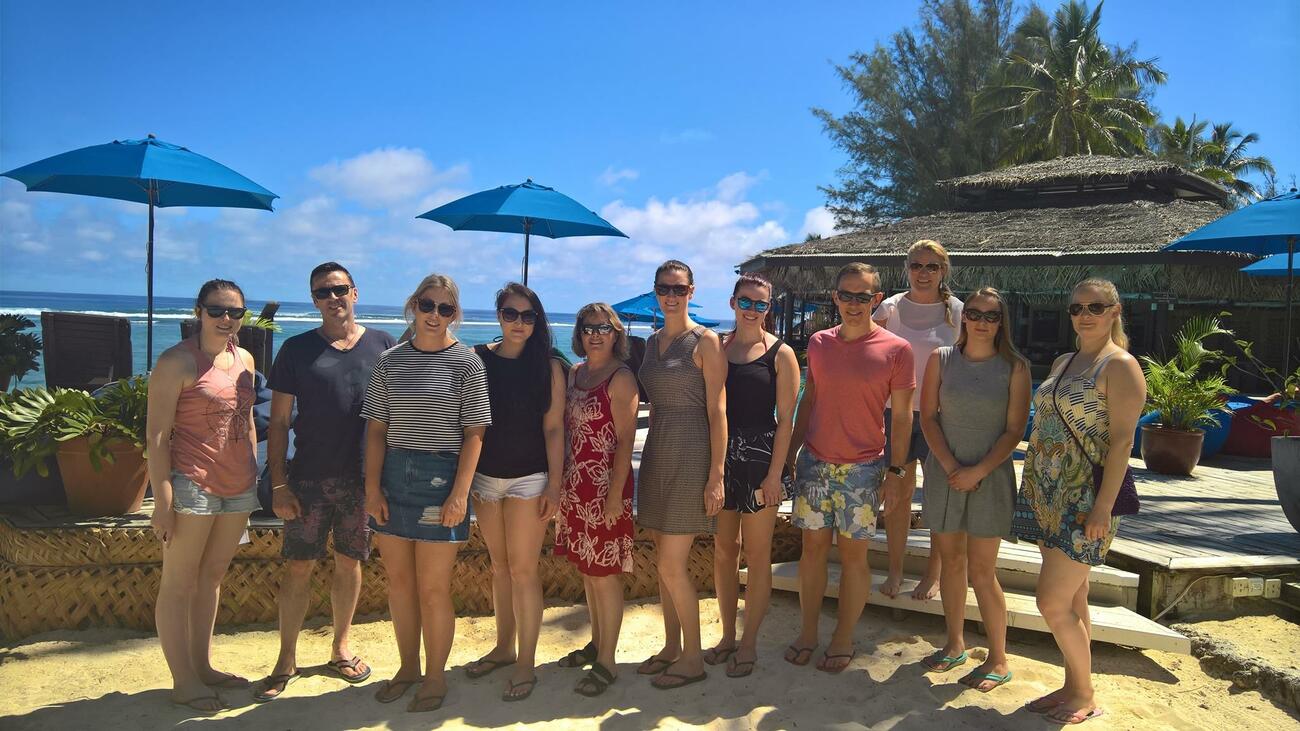