18th August 2017
By
Grant Blair
Photography By
The Fishing Website

Briefing night was a kaleidoscope of island culture, wonderful food, amazing hospitality and a few rules from Peter Etches, the weigh-master, just in case anyone had forgotten why they were there!

A 21st is a special celebration and the 21st Gary Parlour game-fishing tournament in Rarotonga August 4th-5th was no exception. The tournament alternates between Aitutaki and Rarotonga and with support for the Aitutaki team from Air Rarotonga there was an excellent turnout from the northerners to continue the friendly rivalry between the two islands.

Gary Parlour, a New Zealander from Kaitaia has been a great supporter of the tournament since inception. No stranger to catching the big ones, Gary won the NZSFC Lord Norrie cup for the heaviest stripey in 1967 – a very respectable 184.6kg!

Grant Blair travelled to Rarotonga with the support of the Cook Islands Tourism Corporation, stayed at White Sands Resort thanks to Don Beer, the Club Vice President and Wayne at Raro Rentals supplied the transport. Special thanks to George and his team on ‘Akura’ charters for some great on-water action during the tournament. 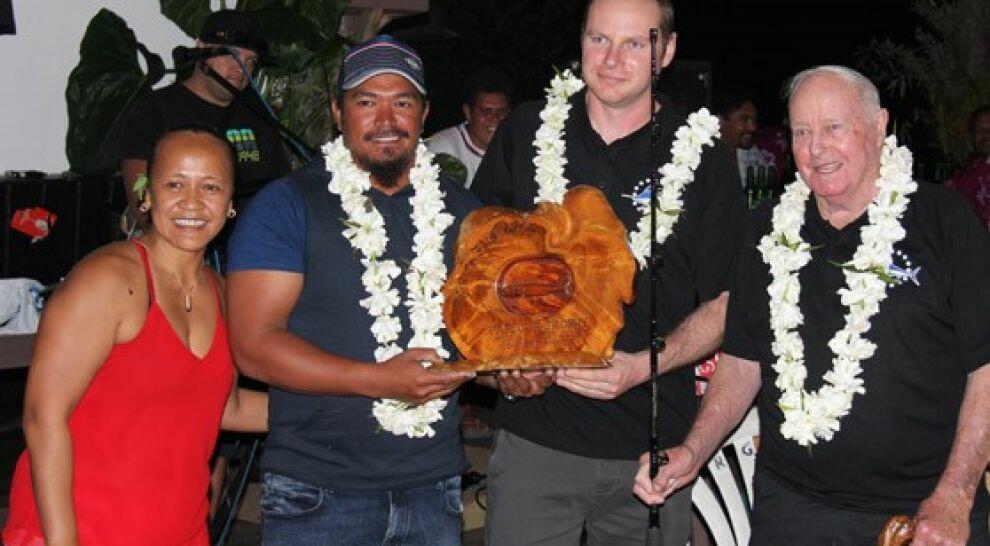