With a volcanic plateau framed by a ring of high fossilised coral cliffs – Mangaia’s remarkable natural beauty and serenity are only part of its fascination. Its age, structure and ancient artefacts have for decades been a draw card to archaeologists and anthropologists who make it a “must” on their expeditions.

Makatea (raised fossilised coral) honeycombs the edge of the reef but rises formidably inland. The centre of the island is a sunken plateau of lush wetlands, kept fertile by underground streams and splashing creeks dropping down the sides. A complex subterranean irrigation system created by nature leads through the cave-like structures to the reef and a small lake called Tiriara. All this creates one of the most beautiful island interiors to be found in the Pacific. 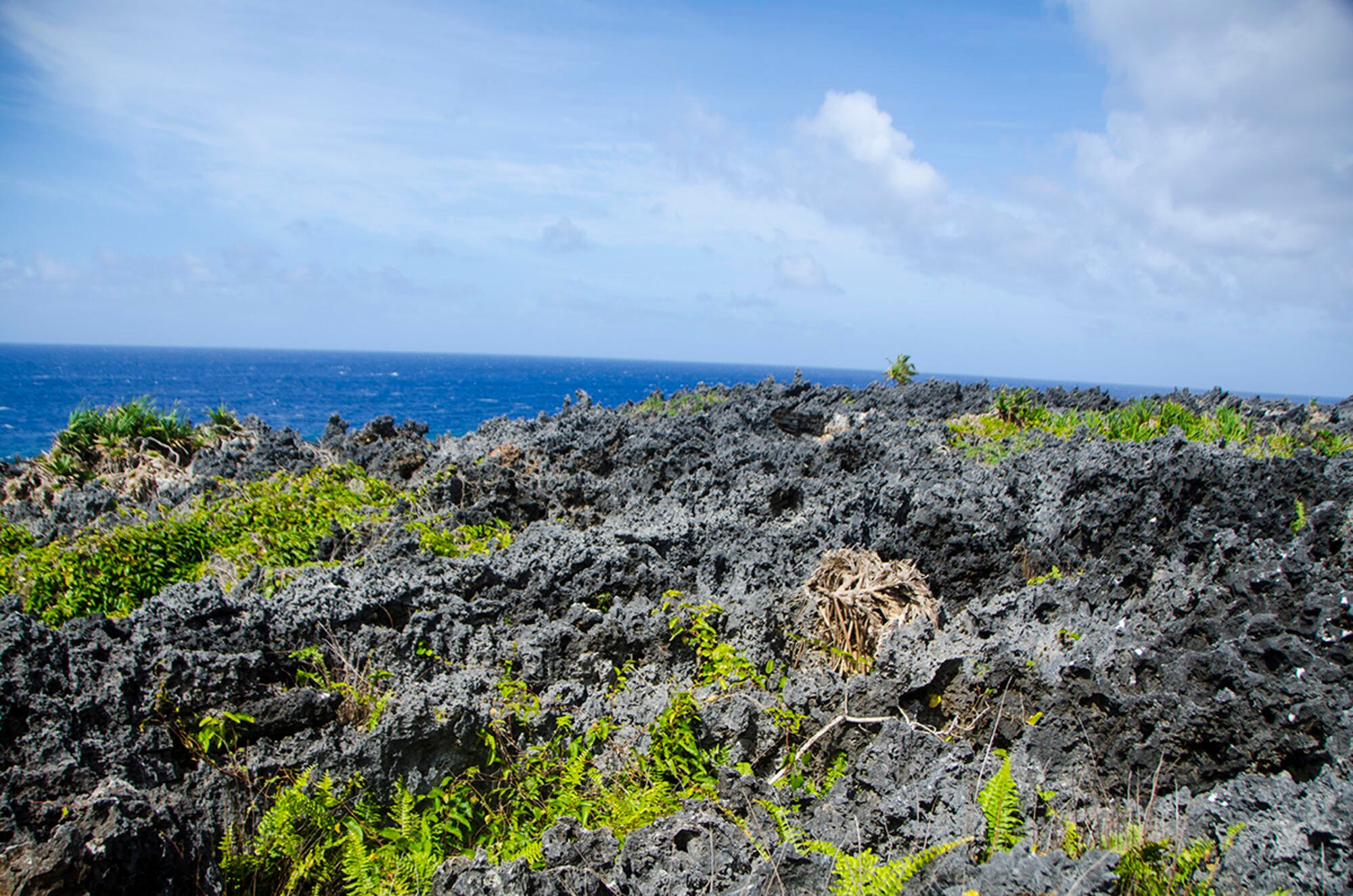 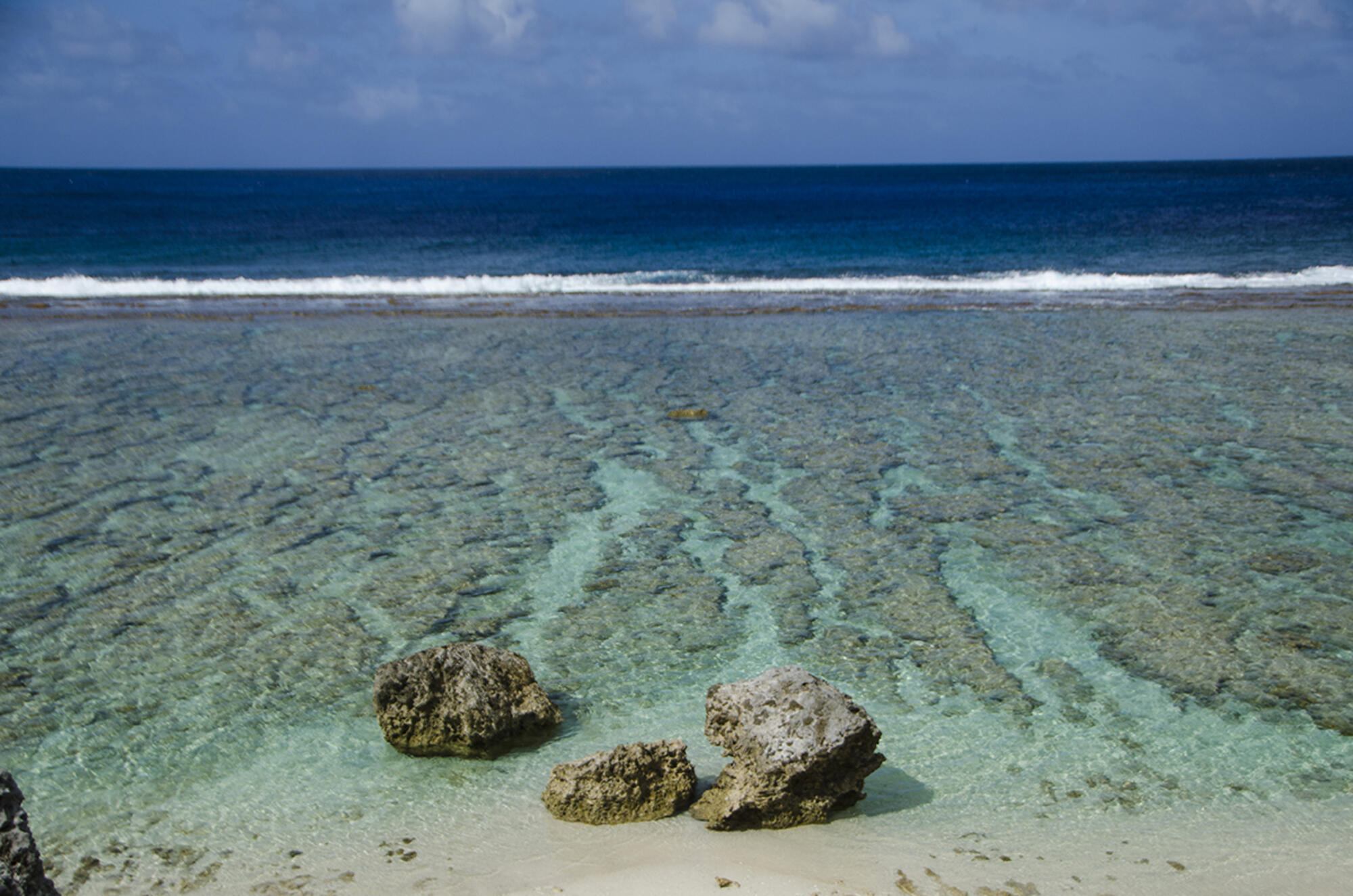 The legends related to these ancient caves are as intricate as their origins. And many believe there is a multiplicity of caves yet to be discovered by humans. The cave Te Puta, where the recluse Tuna (a mythical eel of Mangaian folklore) lived, has a high stunning view of the interior plateau. The Teruarere cave, with its dramatic and seemingly endless chambers hoarding ancestral bones was rediscovered in the early 1930s by Robert Dean Frisbie and Te Uru a Puru. It is said to be over three kilometres long, as it stretching all the way to the reef. All reveal magnificent stalactites and stalagmites - awesome in their ancient structure.
If the caves are famous, so too are the “staircases” cutting through the towering coral cliffs and for which Mangaia was originally named. To reach the plantations centred in the verdant plateau; these natural crevices (Ara Kiore for one) were made into steps by the forefathers who hand carried rocks before forging them into shape to provide easy access. Unknown to the marauding islanders from other areas, legend says that they also provided quick escape for women and children during warfare. 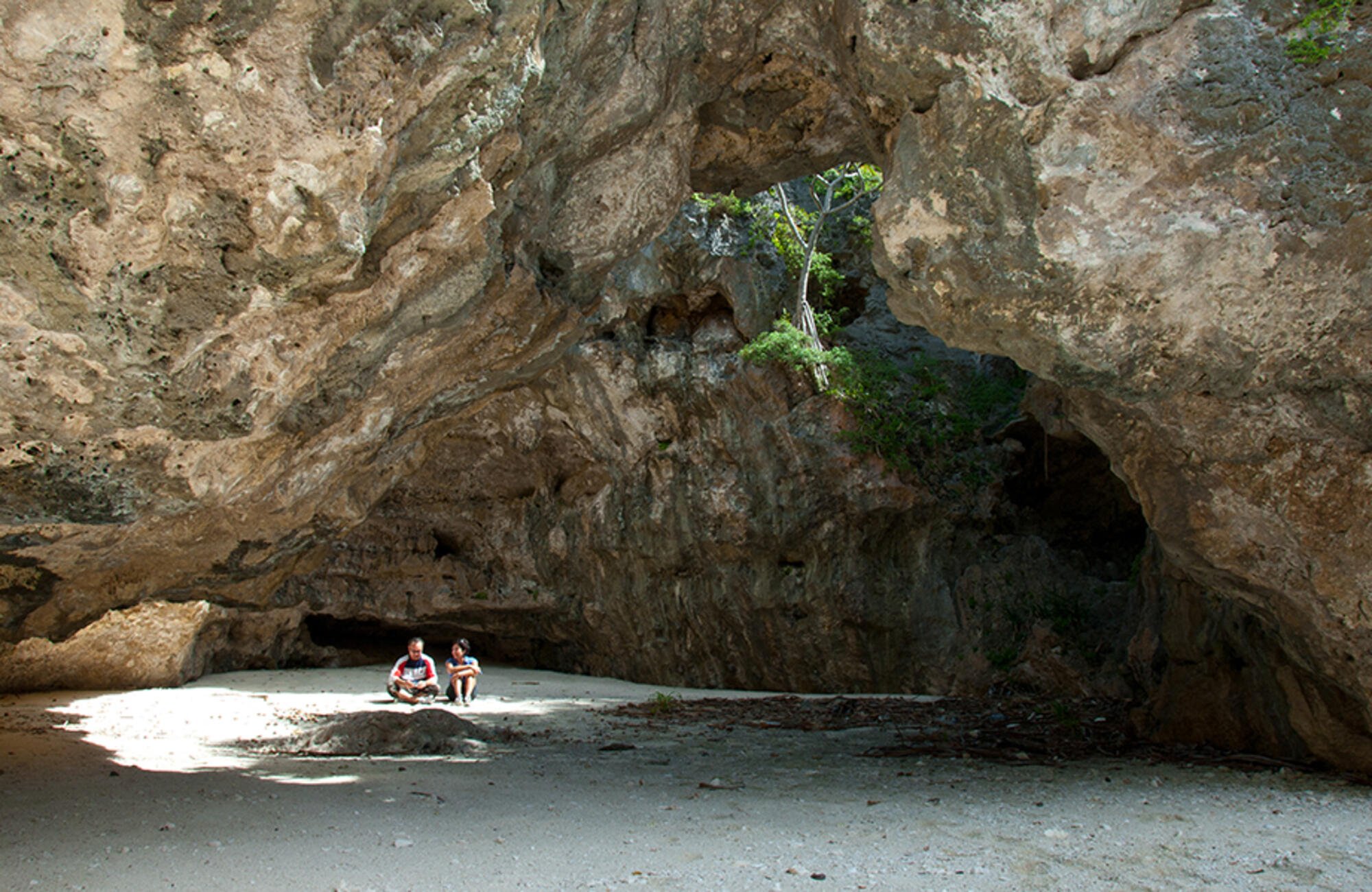 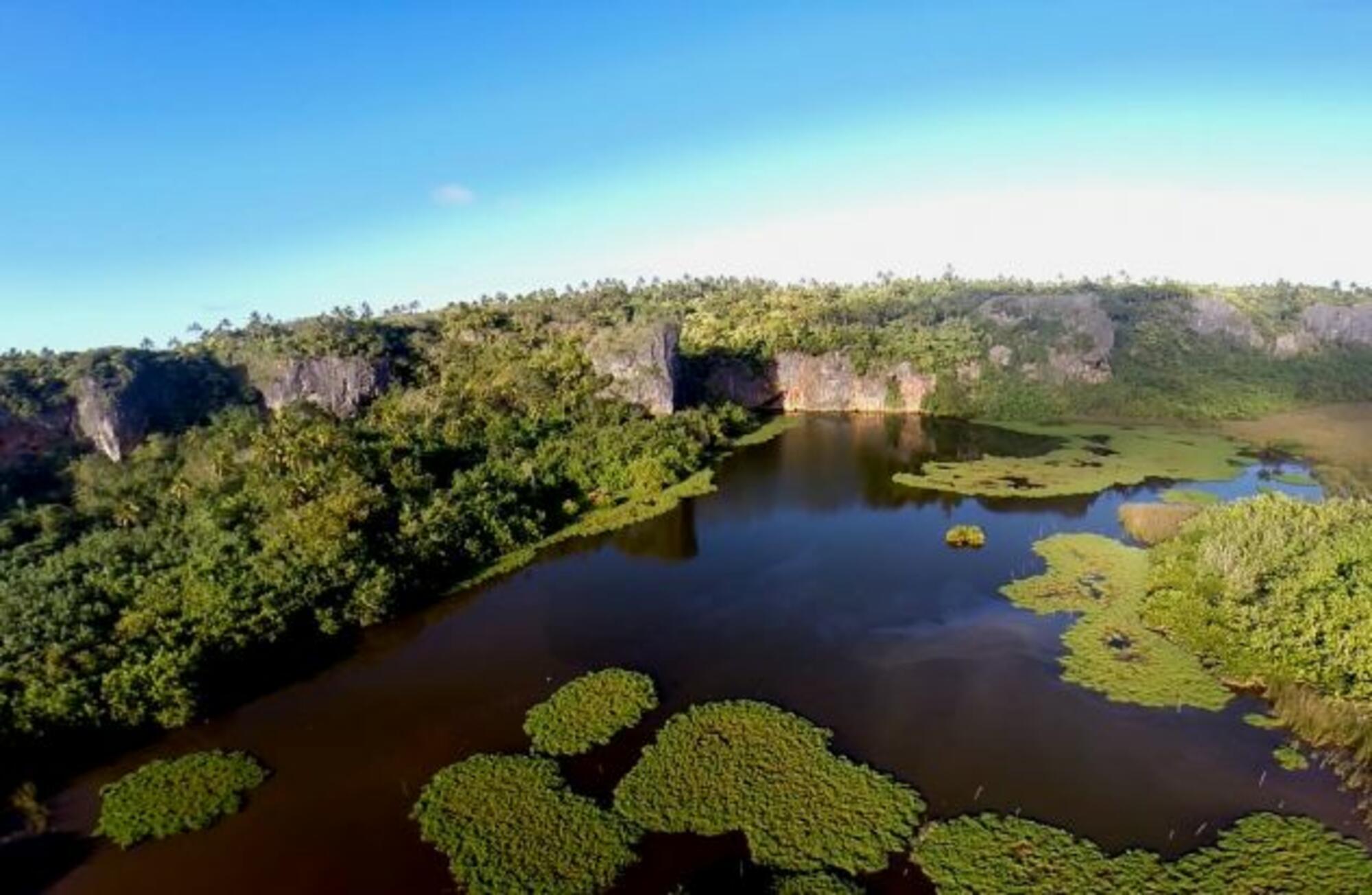 Despite its comparably large size, Mangaia has only a population of around 500 people, and only a few visit it's infinite beauty and lush landscape. Of the three villages of Mangaia, Tamarua (south), Ivirua (northeast some distance away), and Oneroa (west), the latter is the hub and the prideful place of a Union Jack bestowed to the “King” Numangatini by Queen Victoria when he visited London

It is however the extraordinary rugged beauty that beats even the unique ancient history and alluring traditional way of life. The roar of surf at night is untainted by other sounds. The blackness is absolute. No street lamps or lights compete with the vast ebony sky and its myriad of shining stars. Nature rests very near.