Soul Cafe & Barber shop opened on Rarotonga last week and for co-owners Caleb Tatuava and Vou Williams, it's a dream fulfilled ten years in the making.

The funky new establishment which is located in Tupapa/Maraerenga, only 10 minutes walk from Avarua has a unique menu specialising in 'Build your own' sandwiches similar to Subway and a smoothie menu made from fruit growing on and around the island with hip hop inspired names.

The hip hop flavour also spills onto the Barber shop side with a massive mural dedicated to hip hop greats Tupac, Biggie, Snopp Dogg, Ice Cube & Eminem.  The shop is only one of three barber shops on the island and hopes to fill a gap in the market for local youth.

The two friends had talked about going into business together at least ten years ago when Caleb was at Flying School in Auckland and Vou was working at Fort Street Union - a rooftop pizza bar in downtown Auckland.  They'd originally talked about starting their own restaurant & club, something similar to Fort Street Union but then the idea hadn't really gone anywhere once the boys returned home to Rarotonga. 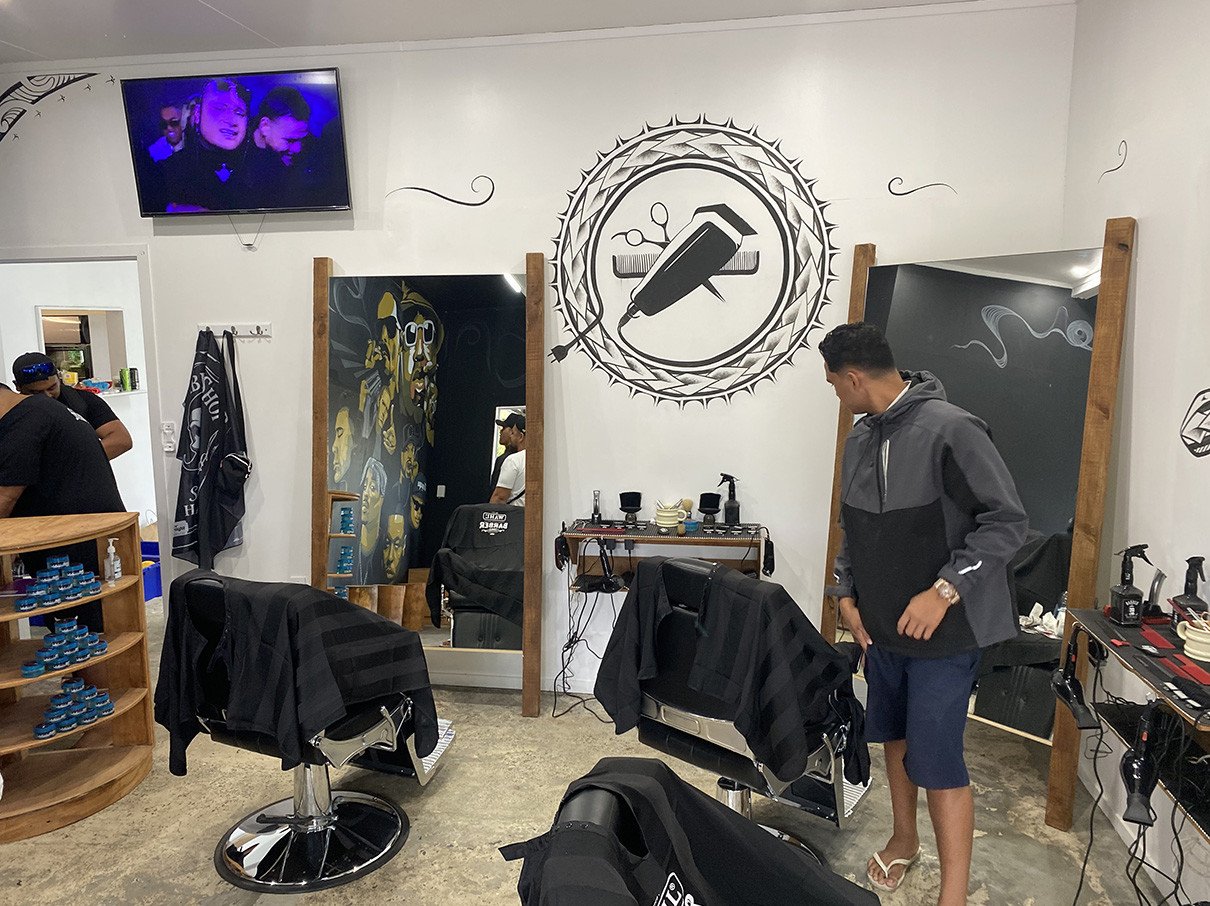 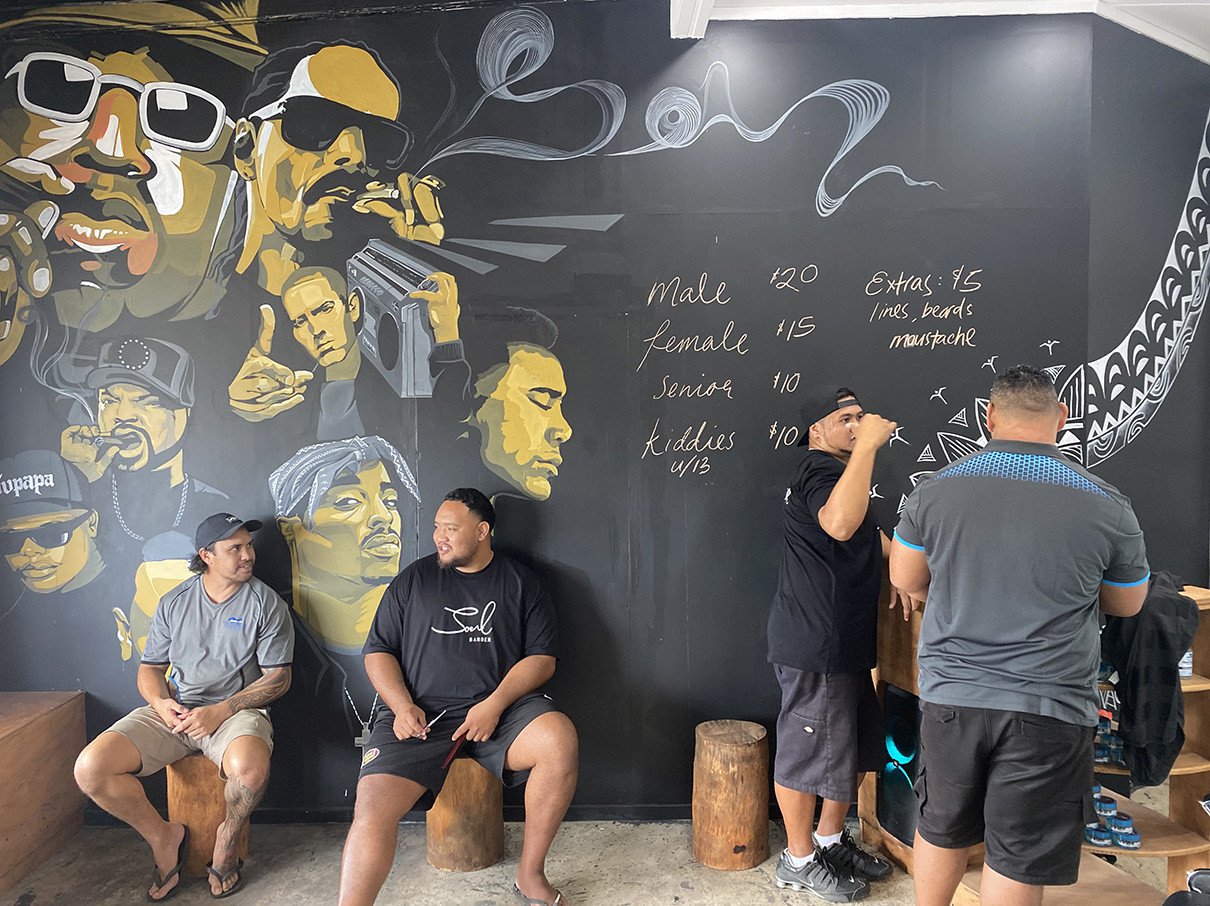 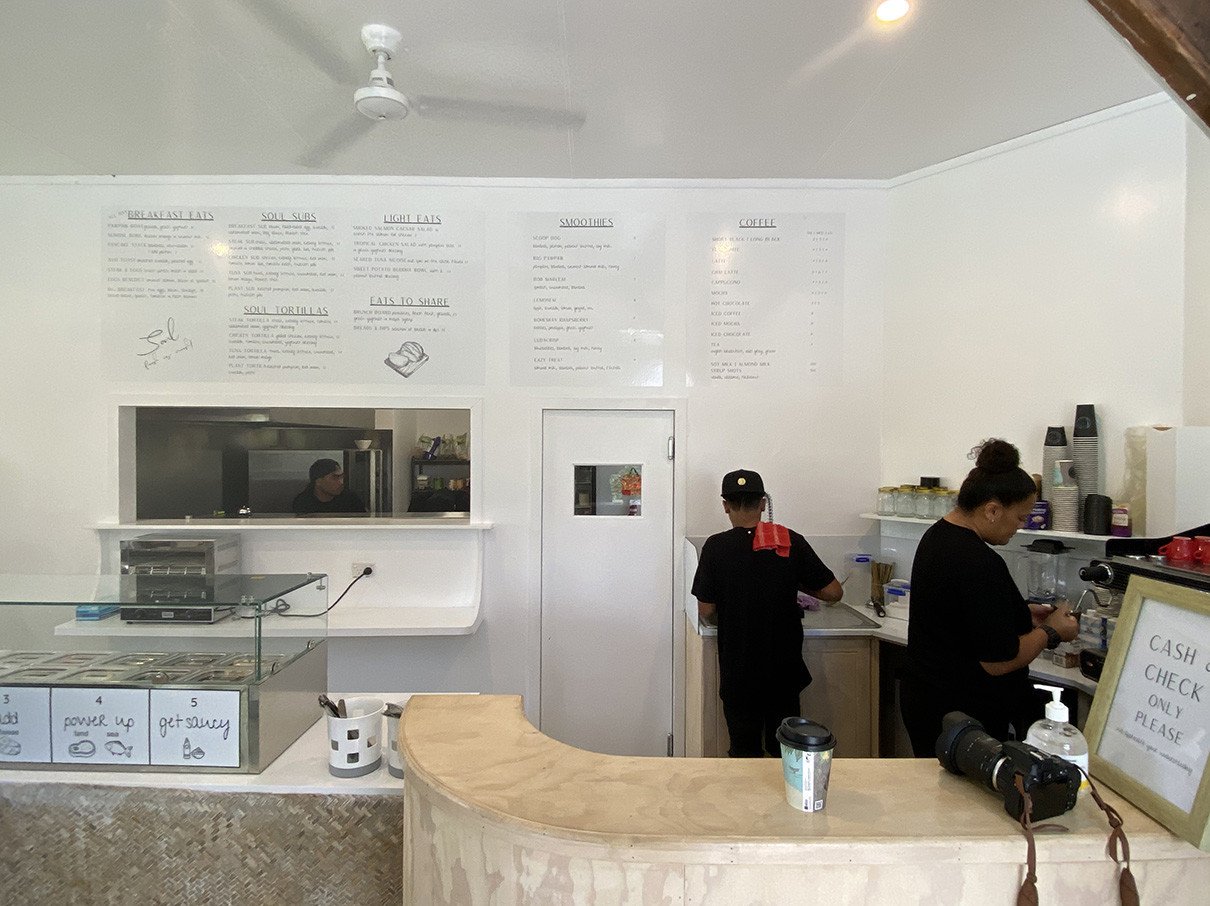 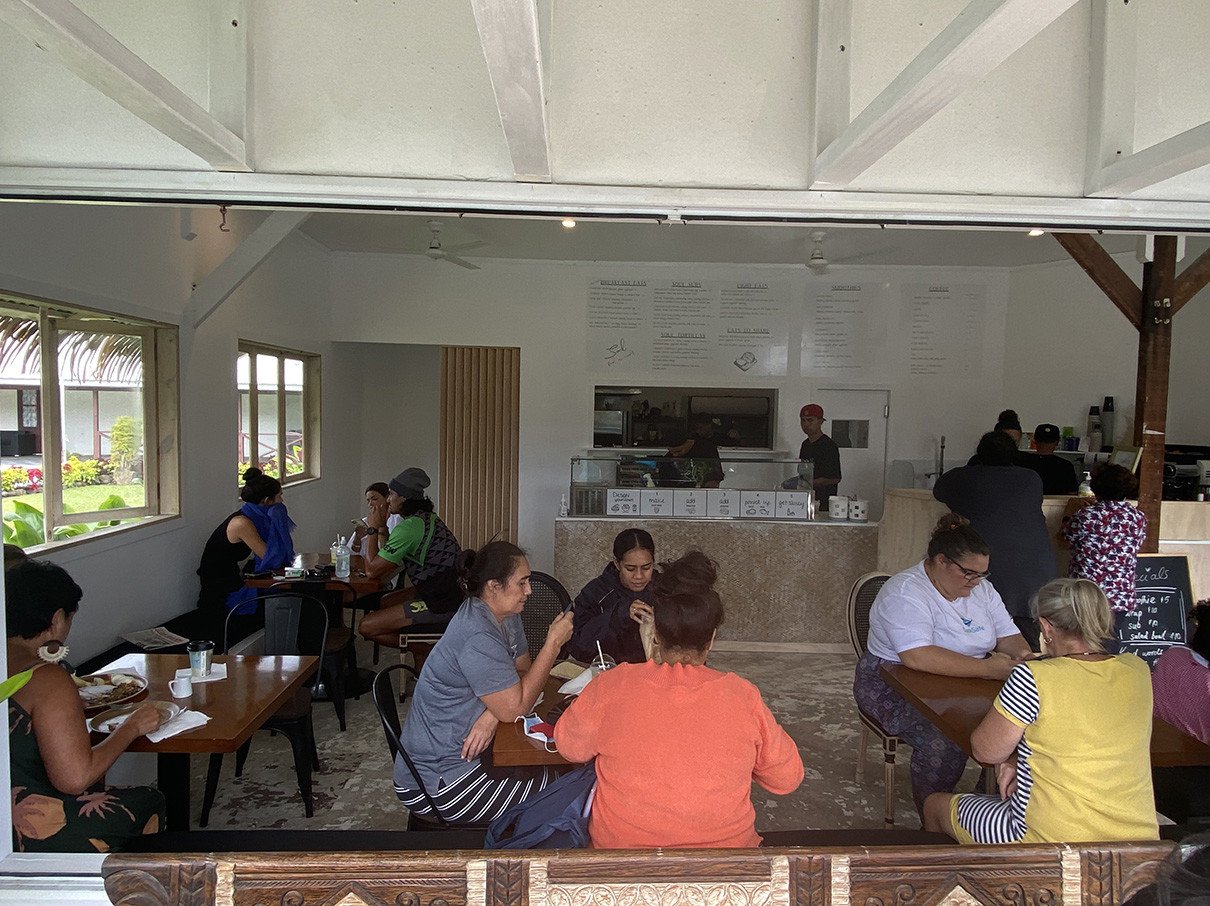 Caleb went on to get his pilot's license and now flies for Air Rarotonga and Vou co-owns and manages another cafe on the island - Bite Time Cafe.

They kept the dream of opening their own business alive, although when Covid hit last year, the lockdown on the island and shipping slowing down with borders closed, the dream was delayed a little longer.

Renovations on the cafe and barber shop space started in November last year.

"We started prepping, cleaning and renovating the space about 8 months ago and then we came over to New Zealand in March to buy all the equipment for both store fronts and now we've finally opened"  said Caleb

A traditional turou or welcome was given at the opening with a small devotion and prayer given by Pastor Tere and was attended by Caleb and Vou's close friends, family and staff and then opened up to the public from mid morning.

This is Calebs first venture into business but for Vou it's an expansion.  He currently also co-owns Bite Time Cafe at the Punanga Nui markets so will be doing a bit of running back and forth between the two to get Soul Cafe established.  Once he closes the cafe, he then heads over to Bite Time to work there.

"Vou's made sure the menu is different to what you'd get at Bite Time (which specialises in sashimi dishes) and we've got in local kids for both the cafe and barber shop.  He's given them some training on the cafe side.  The senior barbers are friends of ours from school days so it works well" he added.

With the Cook Islands going into lockdown a few days before the business opened, Caleb said it's good to have something to fall back on now that the the Pa Enua (outer islands in the Cook Islands) are closed at the moment and his Air Rarotonga flying roster has been cut back.