Reputed to be the largest island atoll of the Cooks, Penrhyn is also the northernmost island and probably the most remote and most difficult to access. But the immense spectacular lagoon of 233 square kilometres, much of which is surrounded by the glistening pearl shell and the border of a coral ring, make the challenge of visiting this island worth it.

Also recognised as Tongareva, Mangarongaro, Hararanga, and Te Pitaka, its population lives on two settlements at opposite ends of the lagoon – Omoka which sits on Moananui Islet and is the seat of the council and Tetautua on Pokere Islet on the eastern rim.

The former owes its beginnings to an airstrip built by the Americans during WWII where the remains of fuselage from a bomber still lie as a memory. On the other side barely visible, the rest of the Penrhyn population lives harmoniously with the sea and their unspoiled environment – reaping their living from the land and its waters.

Tongareva as one might well imagine, is variously translated as ‘Tonga floating in Space’ or ‘Tonga in the Skies’ or ‘A Way from the South’. And is the name the ancient Polynesian voyagers gave it, for it did seem to its neighbours – in Manihiki and Rakahanga - that the atoll did indeed float in a vast space. But the name Penrhyn comes from the boat Lady Penrhyn commanded by Captain Sever who landed in 1788, on his way from the Isle of Wight to found the convict colony in Australia. And it's the name that has stuck. Bennett Island, origins of which are not known, is also a name it has been known as. 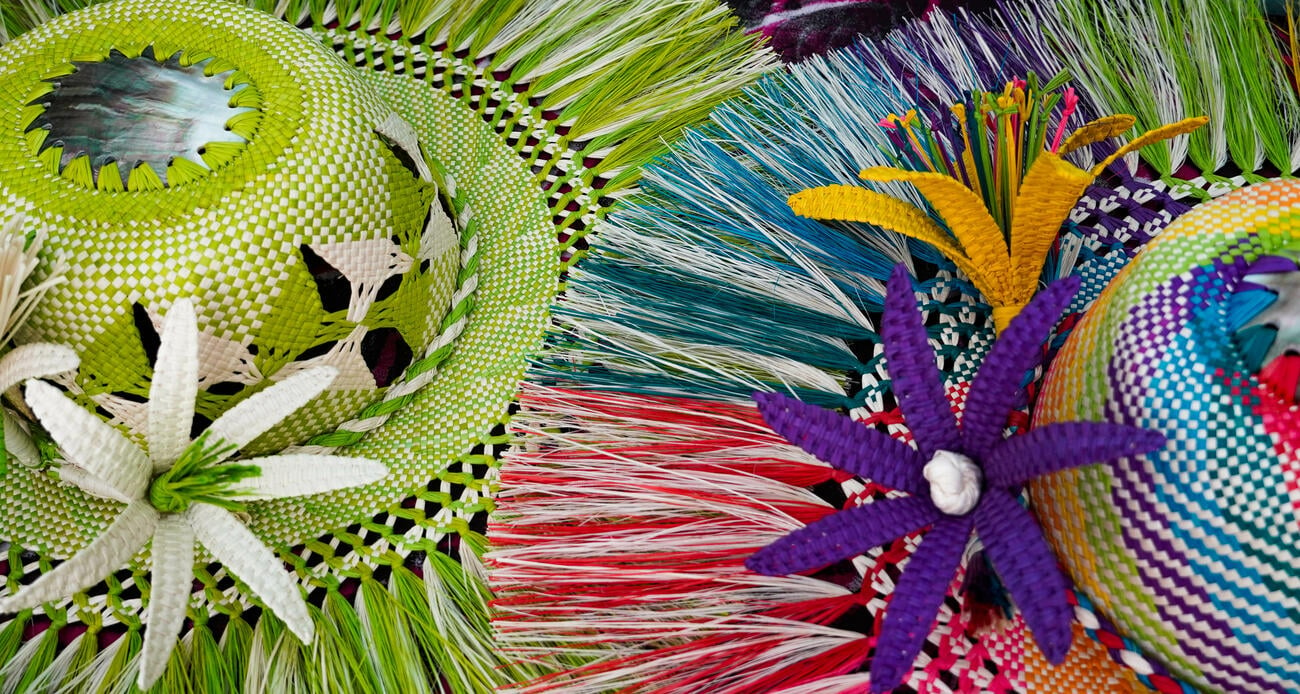 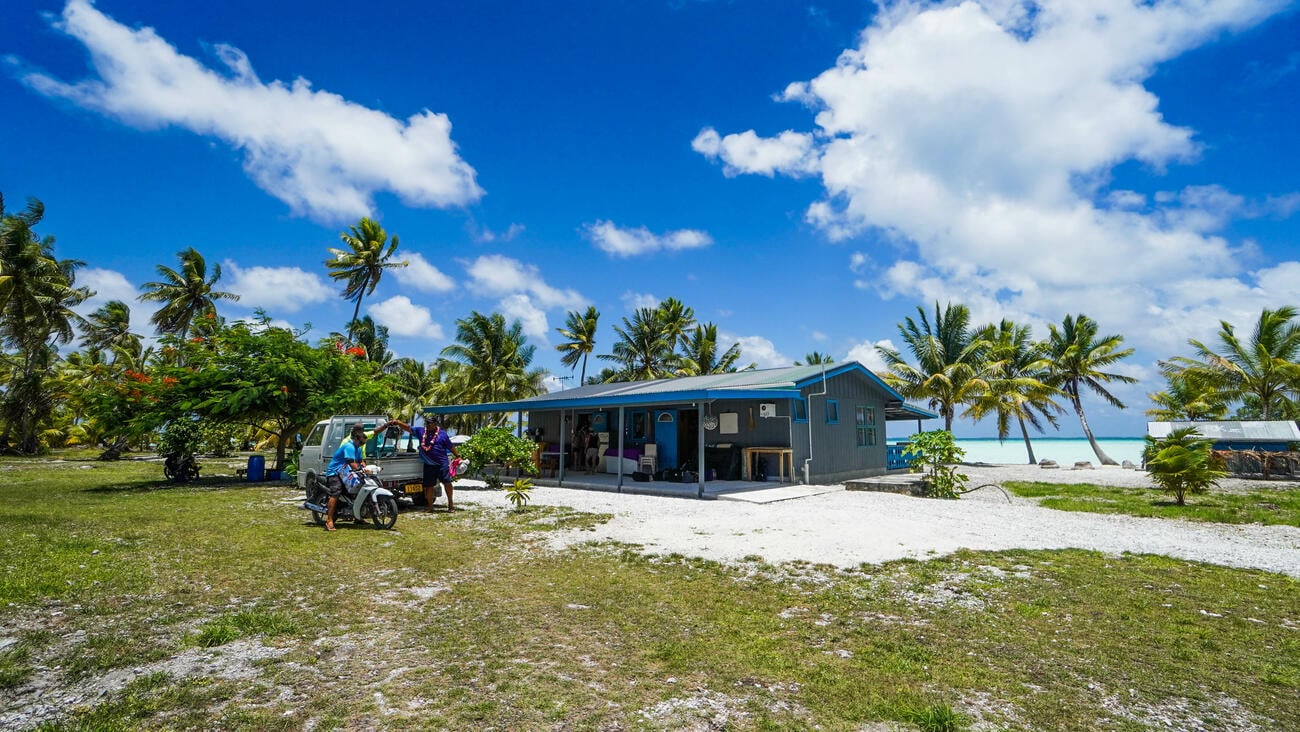 With the vast size of this island’s lagoon, game fishing provides a unique experience and is popular amongst fishing fanatics. Teeming with marine life, it is a guarantee that any angler will catch something. And that other unique sport of bonefishing is as good as it gets in the world and to be savoured off one of the many islets scattered in the lagoon itself. Unspoiled and virtually uninhabited, these pristine little motu offer a glorious day of picnicking, exploring and fishing completely undisturbed by anyone except the odd splash of a fish or a white bird swooping by.

Nourishment comes from the ocean as well as locally grown plants such as coconut and breadfruit. Trawling and spearing fish is a daily activity and the small tin boats can be seen bobbing in the water except on Sundays. Rice and flour are shipped from Rarotonga. But supplies can be infrequent if the three month delivery from the ships is delayed. Fortunately the people of Penrhyn are born survivors.

However it is the spectacular weaving of rito that gives Penrhyn its reputation as the best in the Pacific for this admired and desired craftsmanship. Hats, mats, fans and jewellery are real works of art made as they are from the youngest coconut fronds stripped and boiled in seawater and sundried to produce the white fibre called rito. But what makes these so very special is the use of inlaid mother of pearl shell interwoven into the designs – precious and considerably prized; they are items to be cherished as a unique craft. 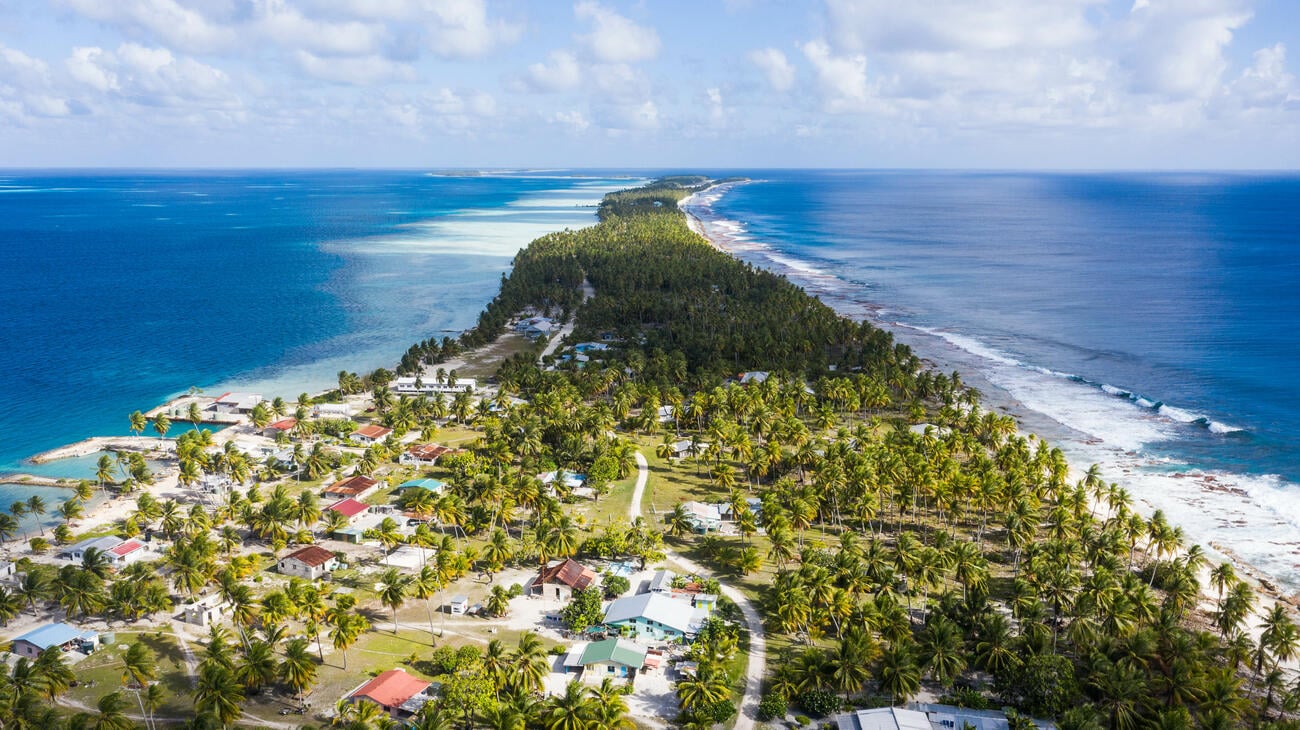 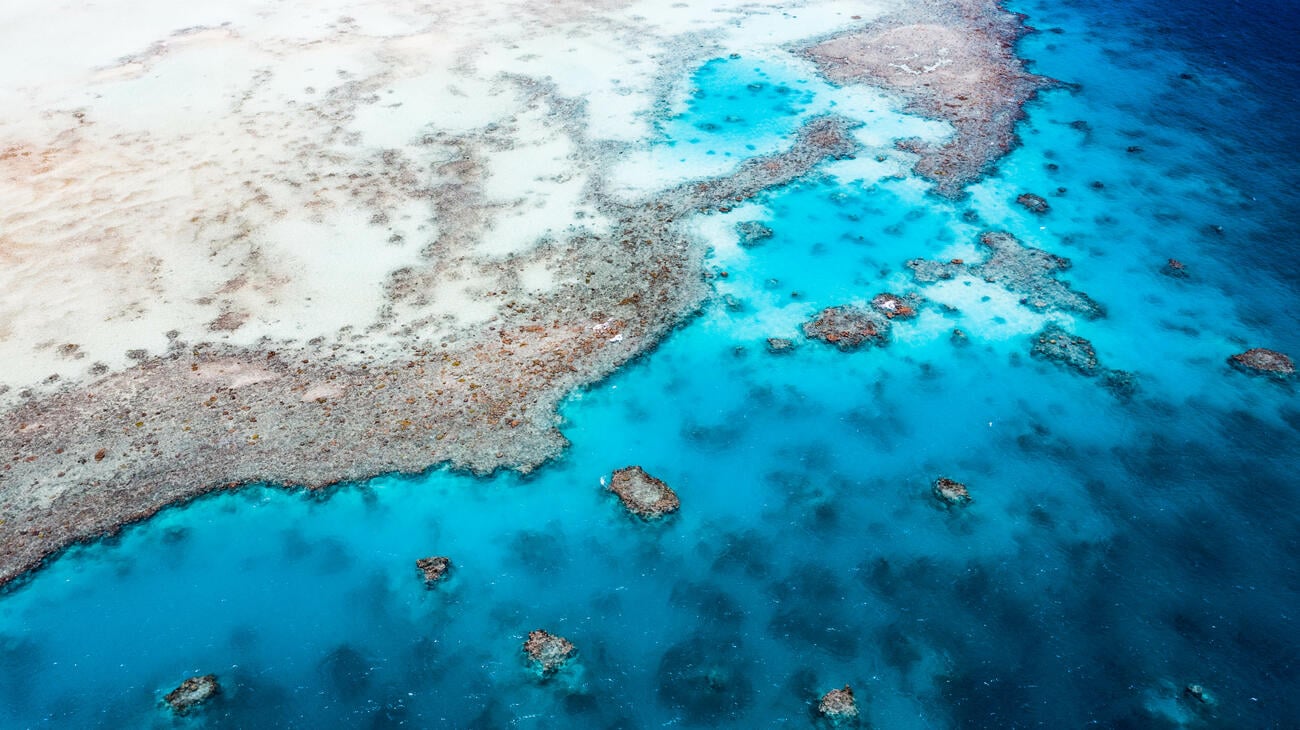 The original Polynesian voyagers also found other treasure on this distant place. Black pearls were bountiful but today commercial farming is no longer a part of the Penrhyn lifestyle although some still dive for the wild pearl shells which thrive in the vast lagoon, many of which yield the small, but prized, golden pipi pearls.

This idyllic lifestyle was all but decimated when in 1864 Peruvian-Spaniard expeditions took around 1000 islanders off to South America. Native pastors from the London Missionary Society (it is widely recognised that the missionaries did have quite a lot to answer for along with their introduction of the new religion) persuaded villagers to start building churches. The promise of good pay and a safe return from Peru was offered as a way to obtain money to build them but sadly most died in exile, many kidnapped by blackbirding explorers who were assisted by four native missionaries who accompanied them to Peru as interpreters and then sold the people for 5 dollars a head.

Fortunately that was over a century or so ago but the population these days is still small. However, in no way does it dispel the welcoming smiles those visitors who have braved a voyage on a cargo ship to get there, receive upon arrival. Naturally easy going and ready for a chat, this is a way of life that many would envy and makes the visit memorable.