One of the most isolated outposts of the Pacific, Rakahanga lies forty two kilometres south of its sister island Manihiki. Rakahanga is described by Australian author Julian Hillas (aka Dashwood) as a place where “forever and tomorrow never comes; where men live and die, feast and sorrow, while the wind and the waves play over the wet sands and gleaming reefs.”

Shaped by a rectangular reef which circles a large shallow lagoon – it has two main islands and seven motu or islets – to the East are Akaro, Te Motu o Umura, Huananui, Motu Mahuta and Motu Okakara. On the Southwest guarding the widest passage into the lagoon is the fabled Te Kainga; believed to be the original dwelling place of the first islanders. And a place much revered and loved by the local communities as well as the sister islands.

Lush with abundant vegetation, large breadfruit trees line the paths. The traditional art of weaving is strong and the thriving coconut palms and pandanus trees provide materials for the fine rito hats and mats and baskets made from the leaf fibres. And a rich marine life guarantees a livelihood for the 150 or so who live here. Little is known about this elusive island because of its inaccessibility. Rakahanga can only be reached by sea from Manihiki. The 2-hour ride on the inter-island open boat ferries people irregularly.

There’s is also doubt about Rakahanga's original discovery. Some think it was the Portugese Magellan in 1521 but there is nothing to confirm this hearsay. However, whatever its original existence, there is doubt about how much longer the island will be around for as there is the possibility of it being washed away, if global warming causes further rise in sea levels. 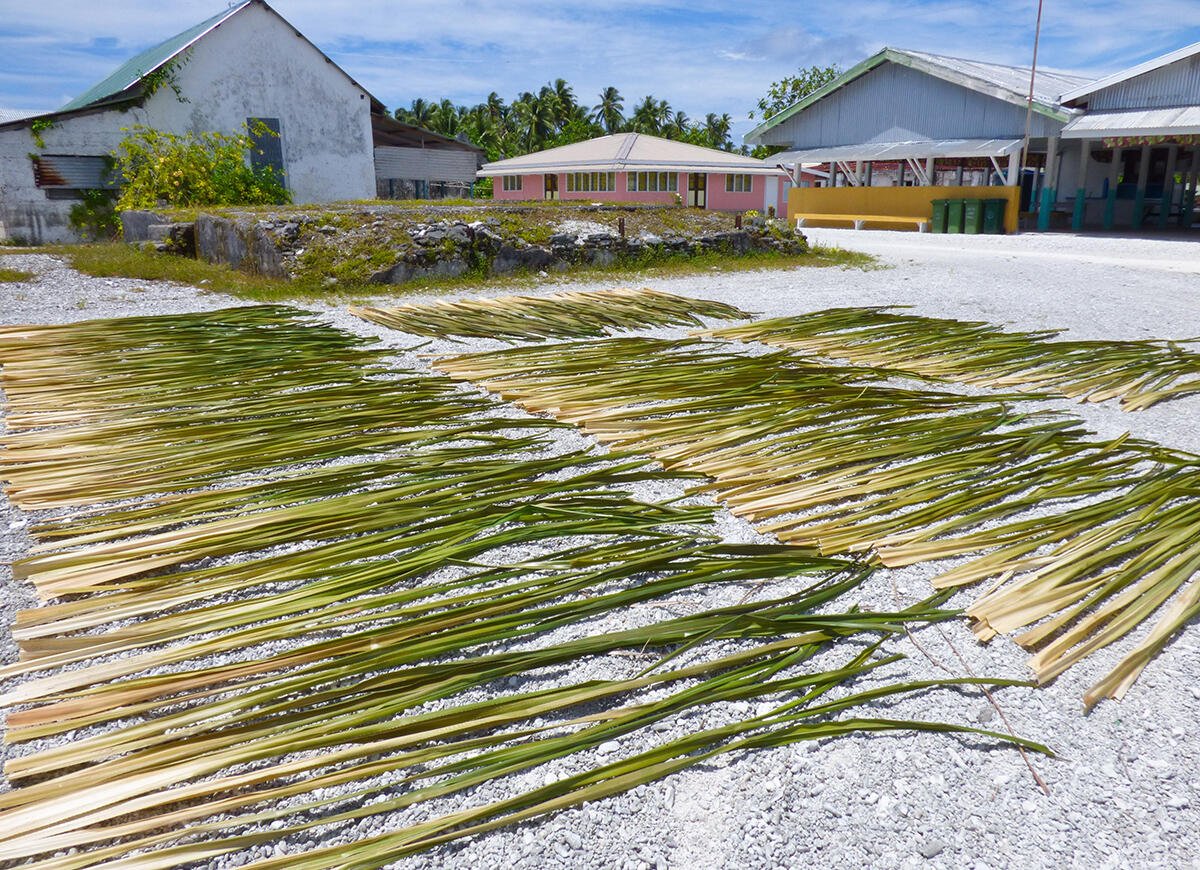 But in the meantime life revolves around the little settlement of Matara and Nivano, the entry point to the island, with its tiny wharf and boat landing which was the anchorage for the original boat planes. With a recently refurbished CICC church, a primary school next to the cemetery, just two shops and the island’s government offices – Rakahanga is, as the American author Elliot Smith once described, “a sleepy town’.

Interestingly unlike its close sister, this lagoon has huge coconut crabs as its gems rather than pearls. Sea turtles swim around the outer reef and the tuna strike in January is one of the best when a fishing contest reaps returns of some 200 or more fish a day. Yet despite its almost impossible remoteness, the Rakahangan people provide a wonderful community spirit and a warm welcome to anyone who is independent enough to overcome the lack of transport and embrace the life of this untouched island.