It is with great pleasure that once again the Cook Islands Tourism Corporation signed on to support the Raro Rugby 7s event. The tournament, which will run from Thursday 31 October to Saturday 2 November, is set to be bigger and better than ever!

Rush was part of the first group of international players that came through for the first international rugby 7s tournament in1989 playing for the Sheraton team, taking out the title for the very first competition and receiving the then named 'Steinlager' trophy.

"The Raro Rugby 7s Tournament in Rarotonga has a loyal following here and overseas. The tournament will bring people from all over the region and beyond together in Rarotonga, the perfect little Sports Paradise." stated tournament organiser Jessie Sword.

Sixteen teams will play compete in the men's division with teams from New Zealand mixing it up with Rarotonga-based and outer islands teams. Four women's teams will square-off

"There is a great line up of teams registered to compete in this years event, with a total winning prize pool of $22,000." said Halatoa Fua, Cook Islands Tourism CEO during the signing ceremony.

"We look forward to welcoming the participating male and female teams for this year's tournament as we celebrate a major milestone for the event; it's 30th year"

Tickets will be on sale from the 15 October from several outlets around Rarotonga and at the stadium on game days. 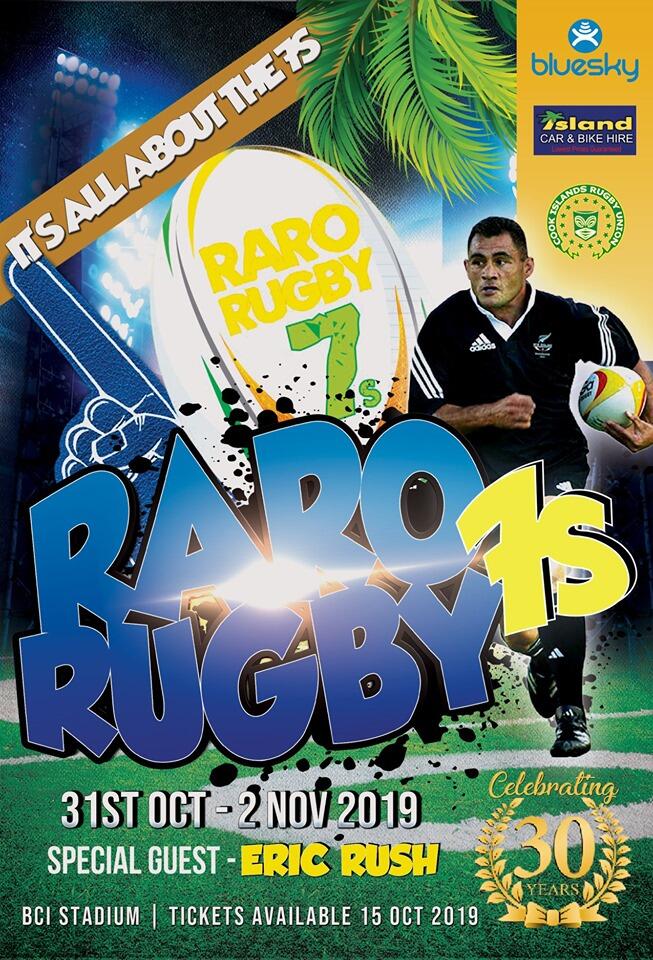