Aitutaki in the Cook Islands has got the looks: white sand, turquoise ocean and swaying palms - yet it's not just a pretty face. One Foot Island is the final destination on a flit across Aitutaki's lagoon, and it does a tremendous job of fulfilling all the necessary Pacific Island cliches.

There’s quite a commotion by the boat. Yelps and shrieks come from the water as if a shark or crocodile has just sidled up. It turns out to be something less terrifying, though — just three or four giant trevallies, zipping around and popping up unexpectedly.

They’re occasionally bumping into the snorkelers, but more often just emerging where they’re not expected. They’re big beasts, too, and should probably be extremely wary of anyone with a fishing rod. Lucky for them the skipper is over at the barbecue, cooking up tuna he caught earlier this morning. 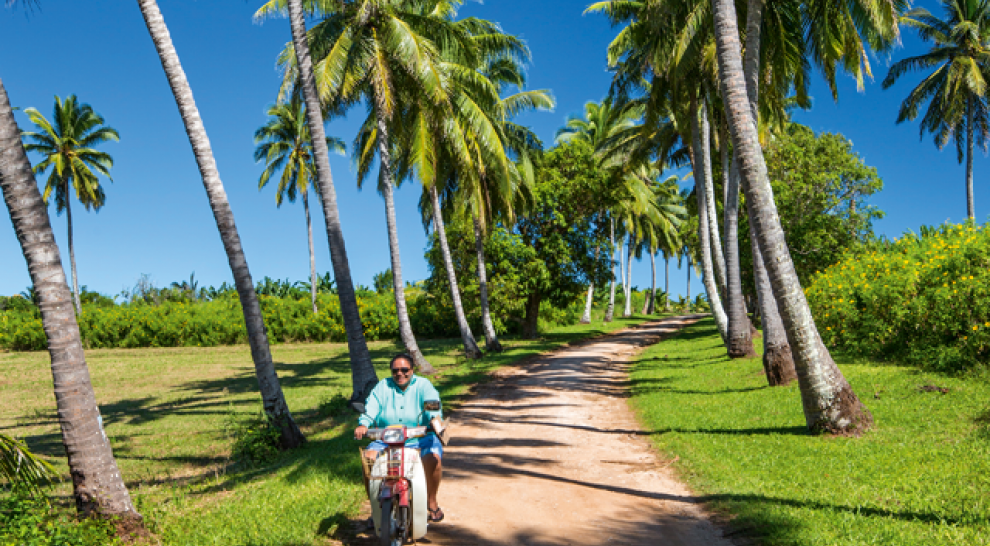