The second announcement has been planned by the Corporation for many months - John Petersen will finish from his position as the General Manager for the North America office effective 1 January 2020, as he moves on to a new exciting chapter in his life. John Petersen came into office in January 2014 as a full time General Manager with a dedicated focus. Prior to 2014, a multi-representation company had been used. The new model was highly effective for a small destination like the Cook Islands, which needed dedicated focus to ensure the success of the airline underwrite program, and a strong return for the Cook Islands Government’s investment.

Halatoa Fua, Tourism CEO said, “John Petersen transformed the North America office into a high performing function of the Corporation with a 63% visitor arrival growth from when he started. His targeted approach to forming a sales, marketing, and aviation strategy resulted in cementing strong relationships with our key partners, and raised the profile of the Cook Islands significantly. The Corporation has been fortunate to utilize John’s wealth of experience particularly in managing the airline underwrite programme and his strategic management skills. His affable approach and sense of humour will certainly be missed.” John Petersen said, “I am so delighted at how well both Christian and Bethany have responded to this change. I will be remaining in the background in support, so don’t consider me gone! I love this country, the people, and everything about what this wonderful culture here represents.” 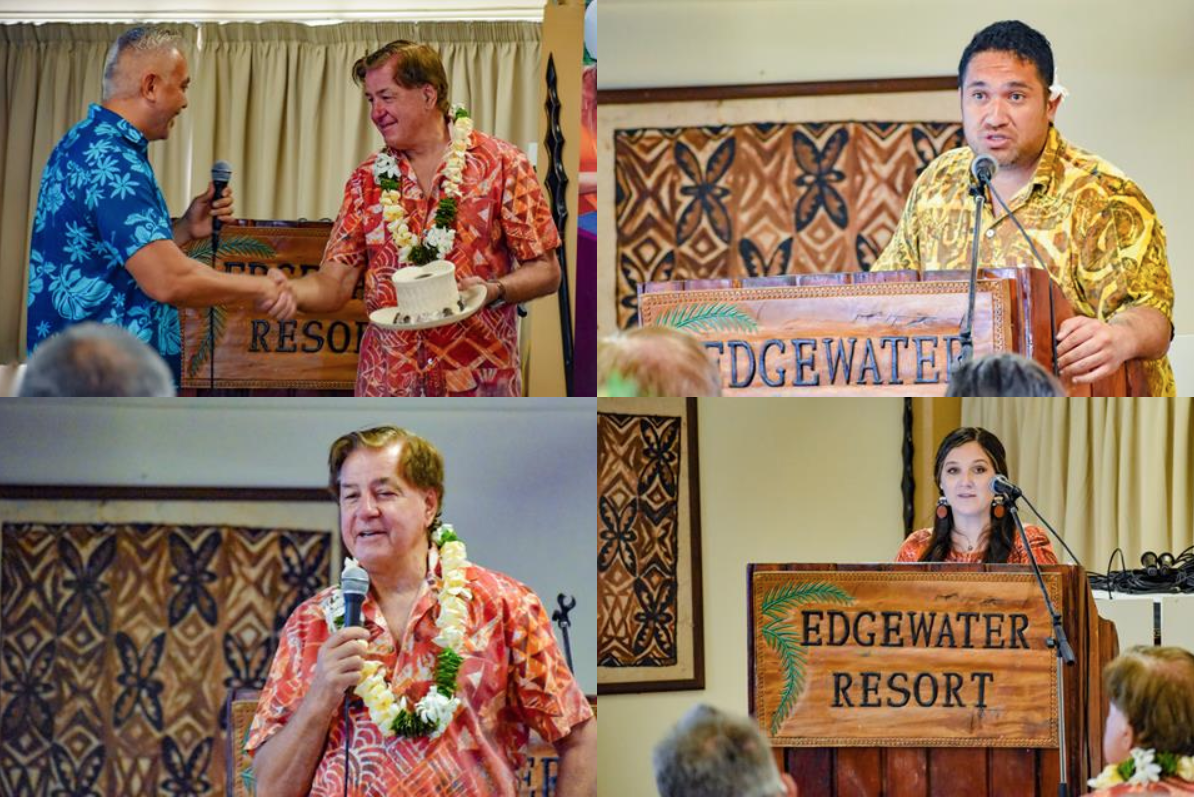 This news was followed by an announcement of the appointment of Christian Mani as the new General Manager for the North America office, effective 1 January 2020. Christian Mani has been the Marketing Manager for Cook Islands Tourism North America since October 2016. Prior to this position, Christian Mani has been with Cook Islands Tourism Head Office since November 2010. During this time, Christian has demonstrated strong sales and marketing skills, financial management and built solid relationships in the North America market. The Corporation invests in its people and the succession planning of Cook Islanders to its international offices. Advancement to senior roles is part of its strategic plans.

John Petersen will continue to support the Cook Islands Tourism Corporation through mentoring, marketing and aviation advice. Halatoa Fua noted, “we are delighted to appoint Christian Mani to his new role as he’s shown leadership in the work we do in North America. It is pleasing to see career pathways working for young and enthusiastic Cook Islanders.”

Additionally, it was announced that Bethany Dawson is appointed to the position of Marketing Manager, also effective 1 January 2020. Bethany joined Cook Islands Tourism in the North American Office in February 2017. She has contributed very strongly to further development of the region’s integrated marketing model, which included a new approach to Public Relations and Influencer Marketing, and further advancement of the region’s Social Media development.