The paddle boarder who laughs at tough breaks

"Fiji is similar to the Cook Islands and I'm excited to surf somewhere new and be around so many amazing like minded athletes that love the ocean and what it does for your soul as much as I do."

Some would call Charlotte Piho fearless, but the 30-year-old paddle boarder from Bondi says she’s just a girl who loves the ocean.
Ms Piho has been riding waves in Sydney for nine years and is about to take on the very best in the world at the Cloud break championships in Fiji.

Cloud break is known for its world class waves, pristine waters and left-handbreak, and is set to make the perfect canvass for the international group of
athletes.And while most people would run scared at the thought of riding one of the most challenging waves in the world, it’s where she feels most at ease. “Having the opportunity to ride one of the world’s premier left-hand reef breaks without big crowds and safety crew is truly a dream come true,” Ms Piho said. “I don’t enjoy surfing little beach break waves, I love waves that test my mind as much as my body. Waves that many people freak out about make my eyes and my

“I feel like I’ve been training for this all my life, and that everyday I’m training. If not physically, mentally.” The competition, which will be held on November 12-20 will host the best men and women in paddle board surfing across the world.Ms Piho is currently undergoing a gruelling training regimen in both Bondi and the Cook Islands, which means she is on or under the water at all times and will spend up to four hours in the water a day.

“A typical day will see me up before the sun,” Ms Piho said. “Fiji is similar to the Cook Islands and I’m excited to surf somewhere new and be around so many amazing like minded athletes that love the ocean and what it does for your soul as much as I do.” President of the International Surfind Association, Fernando Aguerra, said holding the 2016 ISA World SUP and Paddleboard championships in Fiji is a huge step forward for the sport.“Cloudbreak is one of the most spectacular waves in the world and we will get to witness the world’s best putting it all on the line in the name of their country,” Mr Aguerre said. 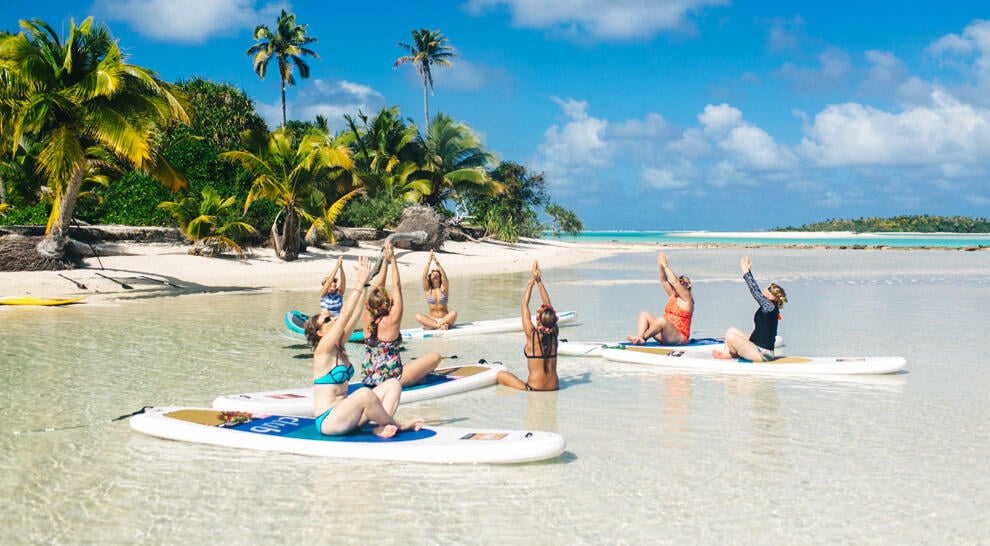