The Cook Islands loves poke. It tastes sweet and creamy like a thick pudding... but better.

At eight on a Saturday morning, Punanga Nui Market comes alive with farmers selling their local fruits and vegetables. Many of the mamas also sell prepared foods. On the picnic table next to the cucumber, you might find containers of bright orange, purple-brown, or off-white something covered in coconut cream. What is that something? Its poke (po-kay)!

The Cook Islands loves poke. It tastes sweet and creamy like a thick pudding, but better. Banana is the most common flavour. Cooked bananas caramelize to produce the purple-brown poke. Paw-paw or papaya makes an orange poke and cabin bread a white one. Sprouted coconut, pumpkin, sweet potato, maniota, breadfruit, and taro also make delicious poke. You can eat the poke on its own with a spoon, or as a side with local dishes such as raw fish or goat stew.  Do not confuse it with the Hawaiian poke, which is raw fish mixed with sesame oil and soy sauce. Cook Islands poke is a source of national pride. 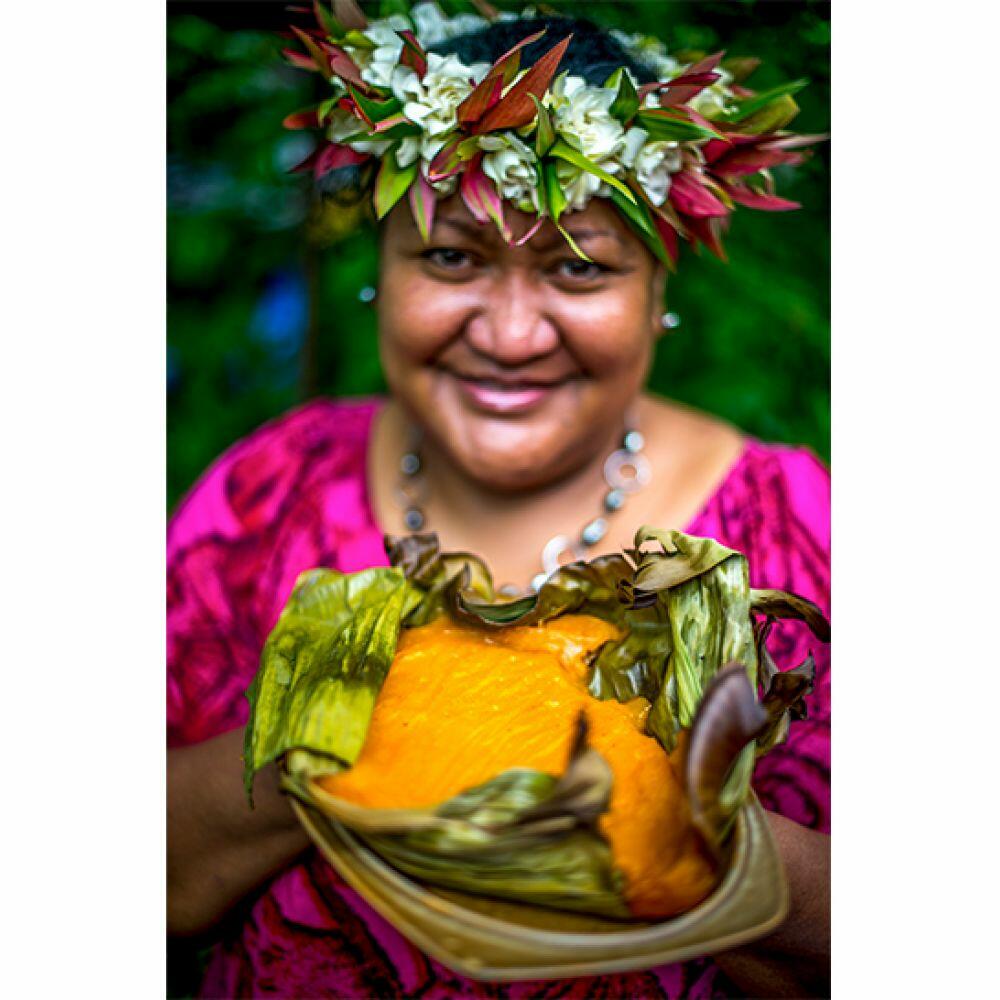 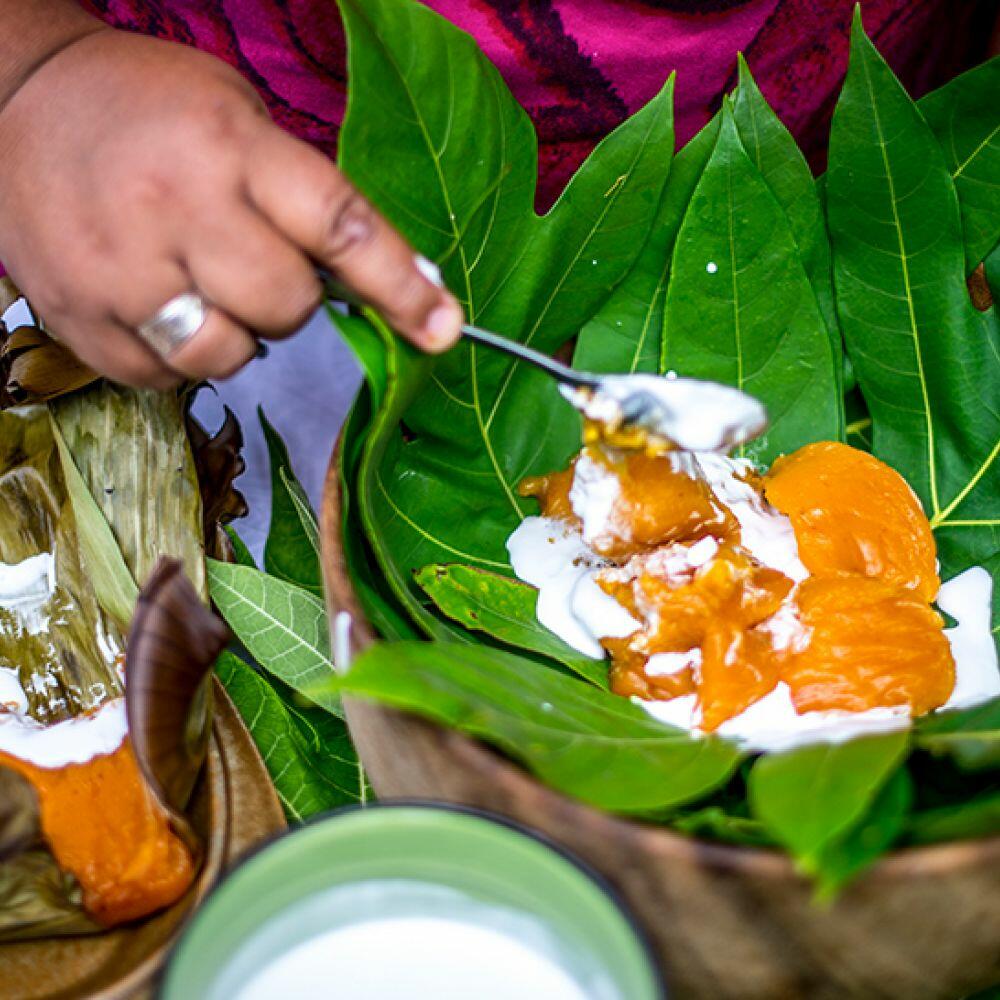 Grandmothers pass down the family recipes for poke through the generations. Robert Oliver has a poke recipe from the Cook Islands in his book Me’a Kai: The Food and Flavours of the South Pacific. While the mamas guard their secrets, the basic poke recipe is a mix of an over ripe fruit, mixed with arrowroot, and baked in the oven for a few hours. Boiled fresh coconut cream and sugar gets poured on-top. Traditionally, mamas wrap the poke mixture in banana leaves and bake it in an underground oven. Eaten warm or cold, poke travels well.

You can find poke at the Punanga Nui Market on Saturdays, at Wigmore’s Super Store on Sundays, or the occasional roadside stall. You can easily make your own poke with canned coconut cream and a conventional oven. However you find it, you must try Cook Islands poke.

Anthropologists say that culture is the difference between the raw and the cooked. Poke delivers a taste of Cook Islands culture through the combination of baked flavours.  Perfect the recipe at home and the smells of the Cook Islands travel with you.