Manuae is one of the most remote islands in the Cook Islands. Uninhabited by man; teeming with marine life and sea turtles, this little island is a true coral atoll, set on the peak of a submerged volcano which plunges deep into the ocean bed.

Its little horseshoe-shaped islets which sit either side of the lagoon – Manuae to the west and Te Au O Te to the east - cover altogether an area of 6.17 km either side of the 13square kilometre lagoon which these days is where all the action is.
This was not always the case. About the time Captain Cook first sighted it in 1773 – the first of all the Cook Islands he sighted - it was settled by about 600 Polynesians. By the time the Reverend John Williams got there some fifty years later, the population of Manuae had dwindled to around 40. By the time the missionaries sailed in to make their mark, there were only five men and three women who remained and, were shifted off to Aitutaki – it's neighbour some 100 kilometres south-east. There was a population peak of 32 around 1956 but twenty years later the island was abandoned.

Even its name has had a disparate history. Originally named Sandwich Island by Captain Cook, he then changed it to Hervey Island because he decided to name the Hawaiian Islands Sandwich instead. Ultimately it became affectionately known as Hervey’s Island or Isle which later applied to the entire Southern Group until 1824 when all the islands were renamed the Cook Islands by the Russian cartographer, von Krusenstern in honour of the man who discovered them.

Before the marine life claimed it as their own, however, Manuae’s rather speckled history also includes the fact that at one point it was used as a penal colony because Rarotonga did not have a jail. Fortunately, that was abandoned when one was built on Rarotonga around 1915. Attention was then turned to it becoming a source of copra (dried coconut meat). But the settlement which was established next to the tiny reef passage just northeast of Turakino, the westernmost point of the atoll – and exceedingly dangerous to enter – was abandoned when copra prices plummeted. 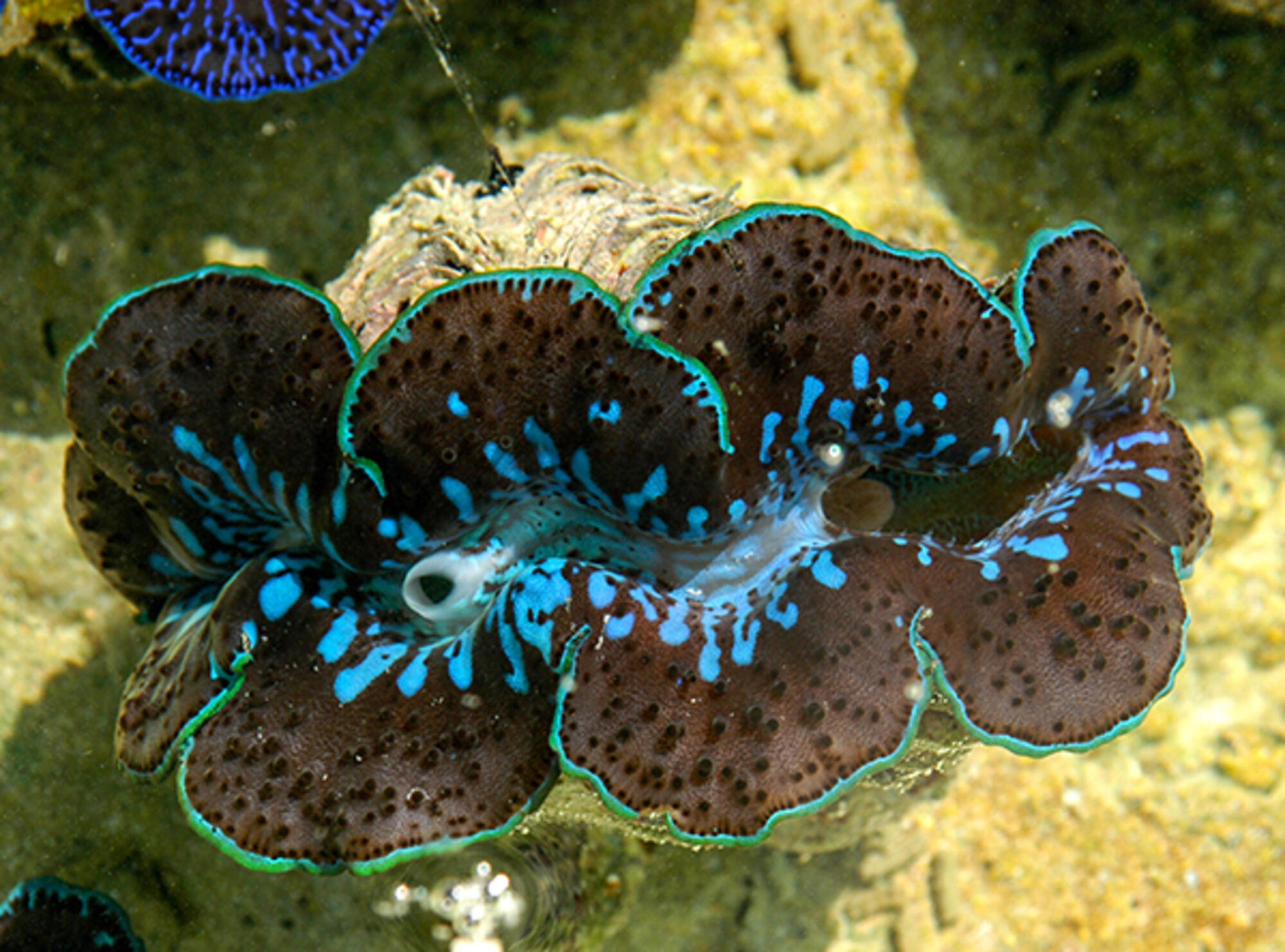 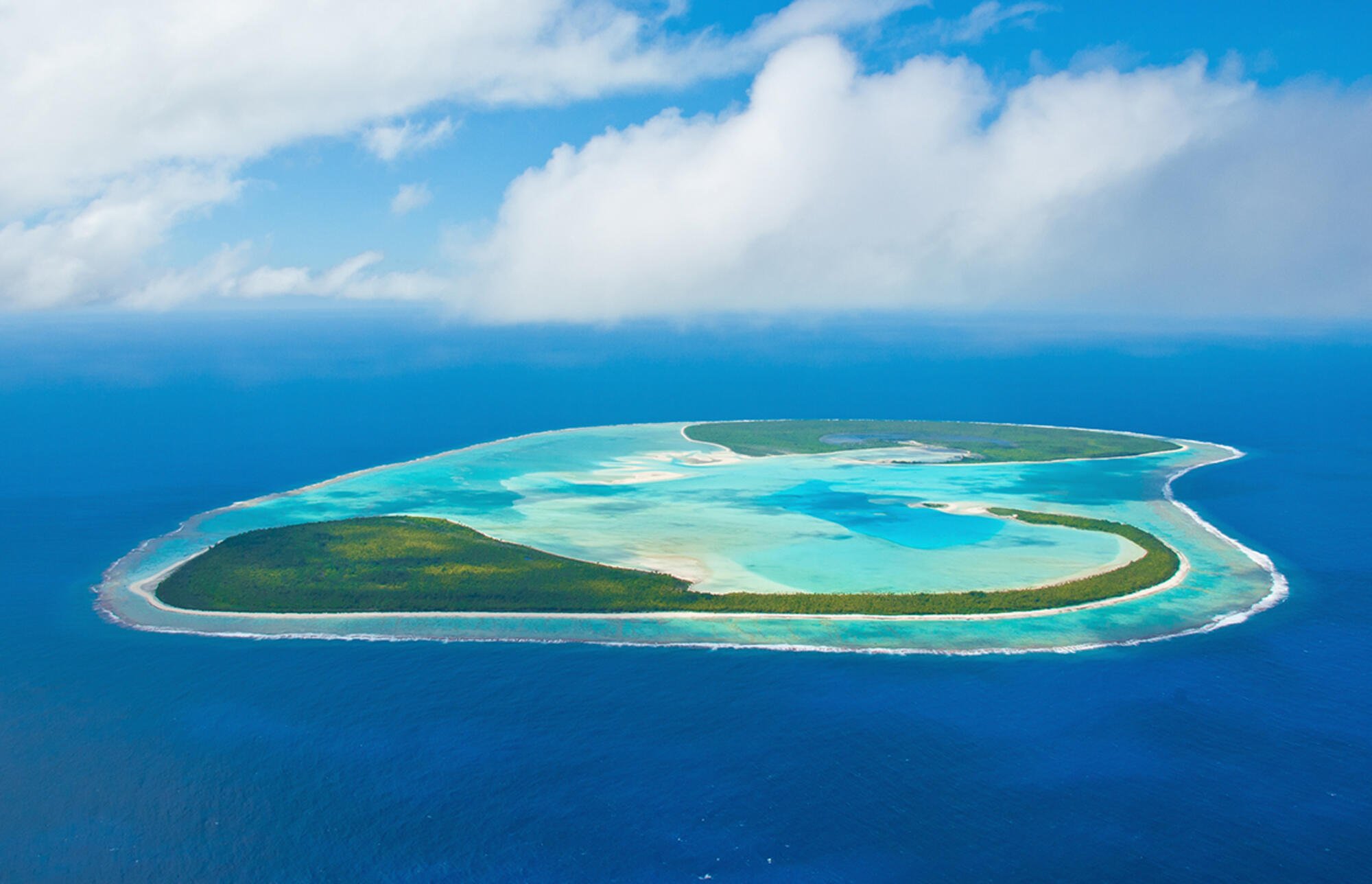 There was a small hiatus when an airstrip was built at the prospect of a conversion to an exclusive resort and casino which did not come to fruition – and the remains have become overgrown and unusable. And finally, humans living on the atoll was forbidden by the Aitutakians who decided that Manuae and its marine life needed protection and also provision was needed for its biodiversity to recoup from the aftermath of copra harvesting.

Outside the reef lie rich fishing grounds but despite the quarry available not many venture into its waters. And given the challenges of that very narrow passage into the lagoon, even though huge varieties of fish swim languidly and confidently at the water’s edge, they are not usually a catch.

All of which makes Manuae one of the most remote of all the islands. Liaison with the Island Council for permission to visit is necessary and then an experienced local with a very sturdy and well-equipped motorboat to make the three or four hour journey. Added to which it can only be when the weather is at its calmest. Occasionally commercial yachts make stopovers as part of a larger adventure tour of the Northern Islands. But the only other form of life to land is the Bristle Thighed Curlew which land on Te Au Otu during summer. The most endangered long-distance flyer, the Curlew’s journey begins in Alaska – so its destination of the uninhabited and protected Te Au Otu unquestionably provides the perfect sanctuary at the end of the flight of these hardy little travellers.

The beauty of Manuae has been experienced by few. Its tranquility is legend. But the difficulties of getting there make it, desirable yet elusive and only a fortunate few can lay claim to having landed on her shores.