Starfruit straight from the tree is revelatory. The sliced, bland ballast added to mediocre fruit salads becomes an outrageously juicy, undiluted burst of flavour that fills the mouth before dribbling uncontrollably down the chin.

“Go for the dark-orange ones — they’re the best,” says Uncle Jimmy as he starts plucking them from a tree in someone’s garden. This is something, it seems, he does rather often. And no one seems to mind. There’s so much fruit growing on Rarotonga that nabbing the odd bit here and there makes no difference.

Rarotonga is the largest of the 15 Cook Islands, which are spread over a vast distance in the South Pacific. The whole country has a population of around 15,000, which should mean that getting there is a Herculean chore. However, due to one of the world’s weirdest flight routes, it’s arguably the easiest place in the South Pacific to get to. Air New Zealand stops over there on the way between Los Angeles and Auckland — once a week on the Saturday-evening flight from LA — making it both a handy journey-breaker and a temptingly exotic stopover on the way to NZ. 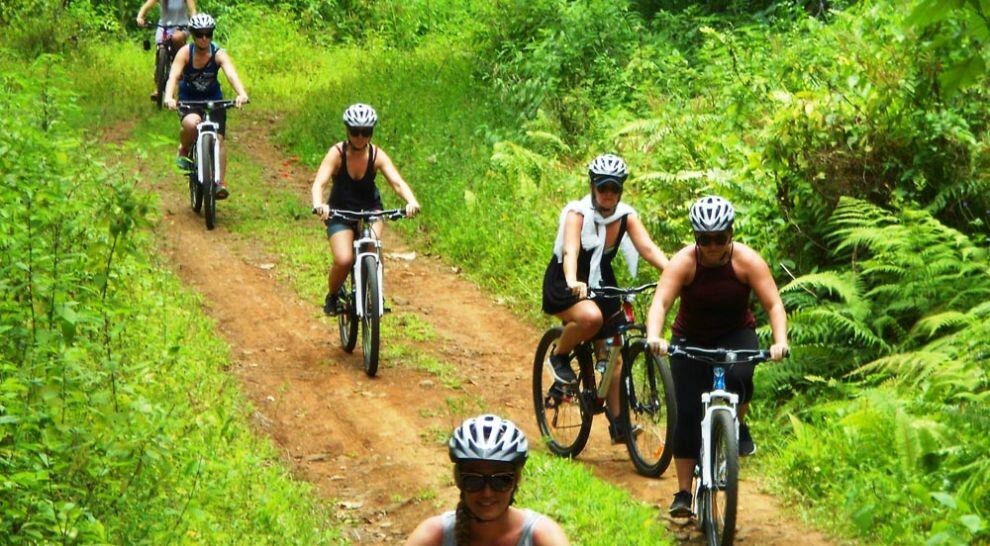