Immortalised by the late American travel writer Robert Dean Frisbie (aka Ropati), Pukapuka is unique amongst the 15 islands of the Cooks. Said to be descended from just 15 Polynesians and their children who survived a catastrophic tsunami some 300 years ago, around 400+ people now live in this remote place.

When Ropati settled with his Pukapukan wife, Desire, he said he was looking for a place beyond the reach of “the faintest echo from the noisy clamour of the civilised world”. There is no doubt he found it and to this day it is one of the most idyllic, untouched and unspoilt places in the islands. Its nearest neighbours are Samoa and Tokelau. And it reflects these in its customs, culture, language and looks as it is also reputed to have some the most beautiful people in the Pacific.

Archaeologists believe that as early as 300 AD Pukapuka may have been inhabited. And although not clear whether they lived here continuously it is thought that in 1300AD permanent settling took place.

As the first of the Cooks to be discovered by the Europeans, it has been named variously after those who have landed on its shores. The Spanish explorer Alvar de Mendana named it San Bernard because he saw it on St Bernard’s Day in 1595. Then in 1765 Commodore John Byron sighted the island and named it Islands of Danger probably because of the high surf that prevented landing. Thirty years later Isles de la Loutre became the name of the three islets given by the first mate on board the merchant ship Otter who believed they were the first to discover them. Then the inevitable missionaries found this paradise in 1862. On arrival, they discovered surprisingly that most of the inhabitants had already converted to Christianity. 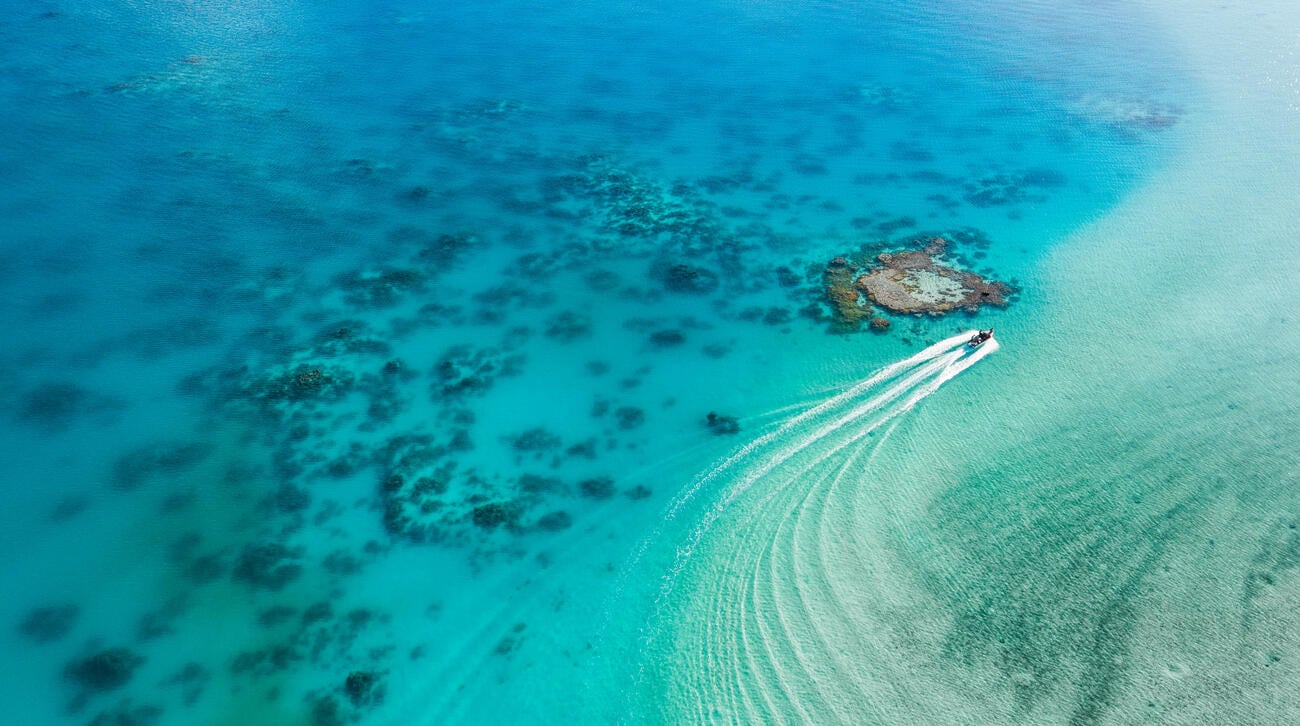 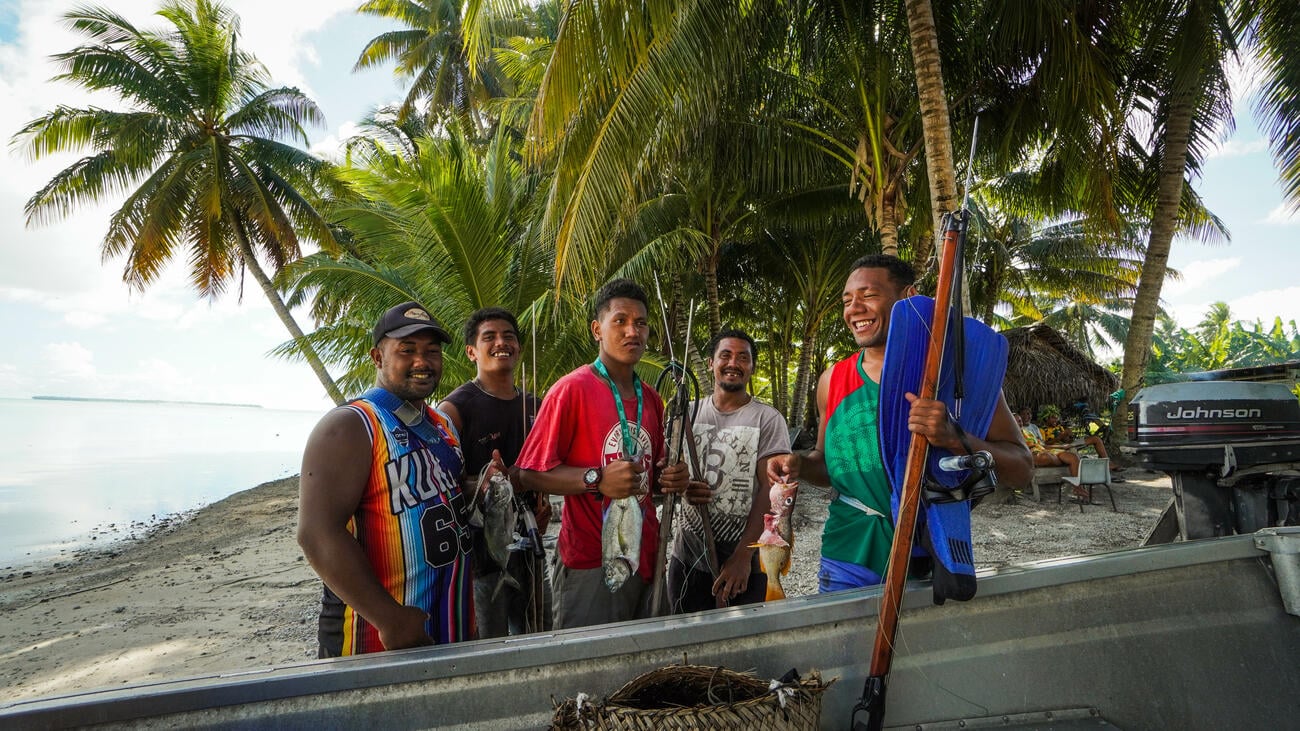 Peruvian slavers raided in 1863 taking away 145 men and women of whom only two returned. Today the population of about 400+ is very much alive.

The three islets roughly form a triangle, the biggest of which Motu Ko is to the southeast, Motu Kotawa or Frigate Bird Island is to the southwest and the main island of Wale is in the North. The first two are uninhabited and used as plantations for growing food. And Wale consists of three villages – Yato (which is the seat of the Island Council), Loto and Ngake. Traditionally named Takanumi, Kotipolo and Te Langaikula they are also often affectionately referred to as Taipani (Japan) Malike (USA) and Olani – particularly on sports days. And the Pukapukans are great sports – excelling in wrestling, canoe racing and coconut tree climbing.

But village life is unlike any other in the islands for the conservation practices of their forefathers which ensure no overharvesting takes place, are stringently observed guaranteeing self sufficiency and protection of the food resources and biodiversity of the atoll. Each village has its own reserve area. Annually a general meeting is held to re-establish, modify or create new communal and conservation rules for these reserves. After two days the new rules are put into place along with the Pule (officers) nominated by each village. These laws sanction the collection of seafood, birds, fish and crop harvests in the reserves and surrounding lagoon area.

Socially too customs are unlike any in the rest of the Cooks. For this is a system based on the community rather than the individual, and its impeccable organisation works wonderfully for the Pukapukan people. And it doesn’t stop there. 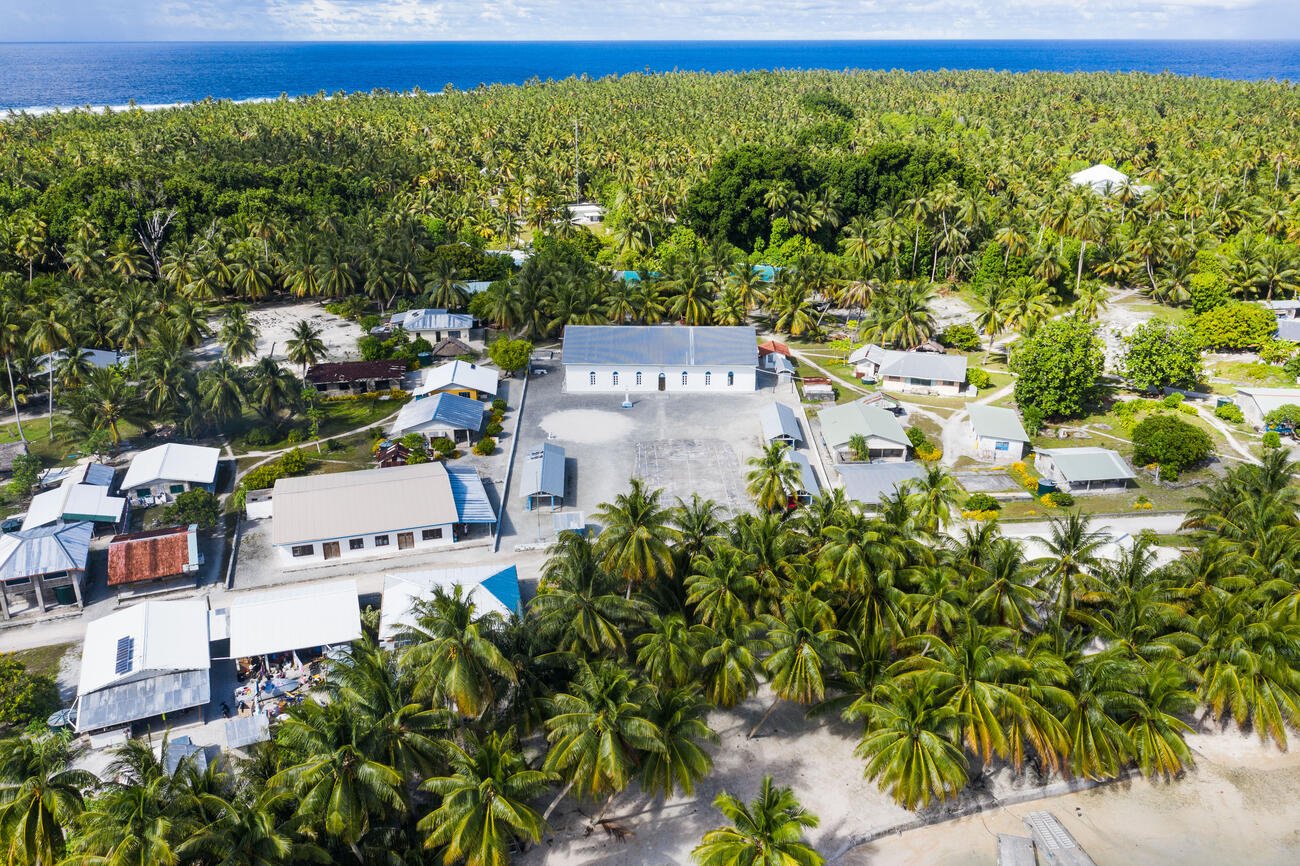 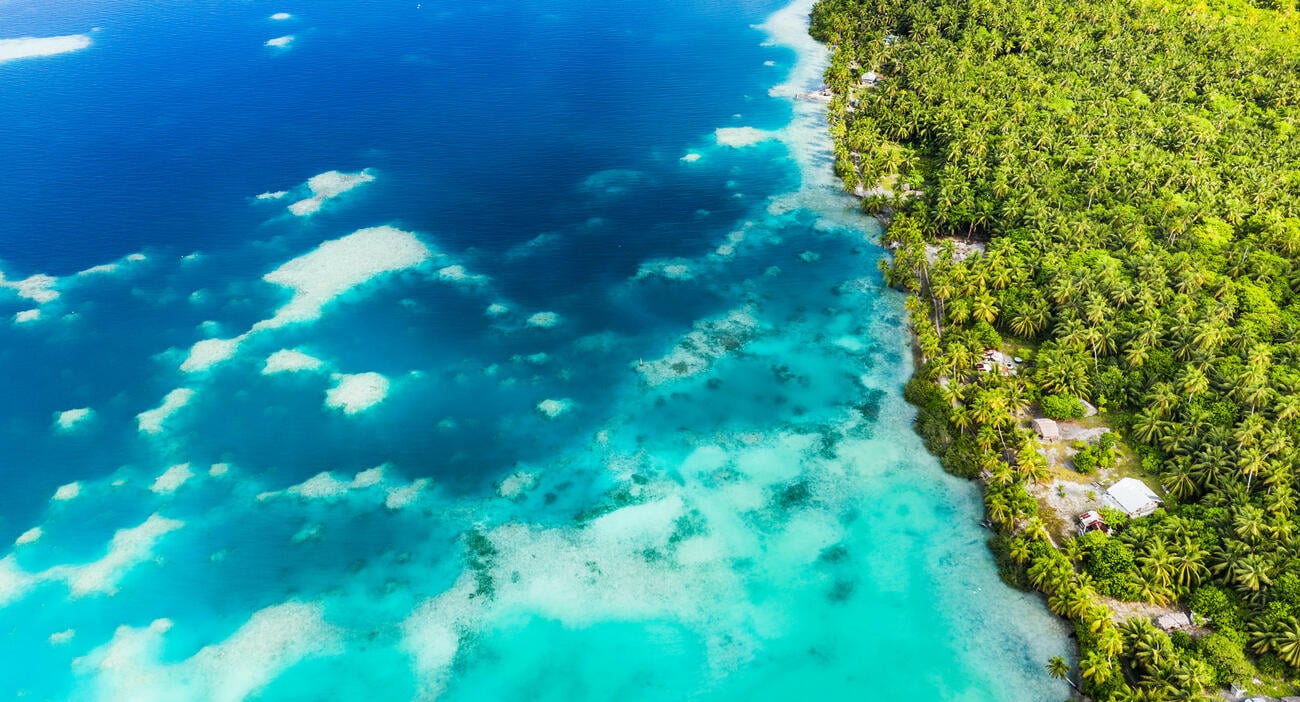 Pukapukan language although Polynesian is not related to any other of the Cook Island languages or dialects. It is known as “Te leo Wale” (the language of home) in reference to where they live. And is recognised as a Samoic Outlier language with strong links to Western Polynesia. Spoken by over 3000 people, most of whom live in any number of other countries particularly NZ and Australia, there is even a bilingual dictionary and an in-depth study has resulted in a reference grammar book.

A strong matriarchal system exists reflecting the influence of its close neighbour Samoa. The wetlands, vital for taro crops – are only inherited by women and are passed from mother to daughter. They work the taro swamps and take immense pride in keeping the wetlands beautiful as part of their heritage and their tradition. They are also fabulous weavers – their signature item being the beautiful hardy pandanus mats amongst several handicrafts.
The communal life is found in everything the Pukapukans do. Sports, singing, dancing are all strong pastimes and they are great entertainers – usually walking away with awards for their outstanding originality and creativity. Not bad for a people whose numbers are few and whose island is so remote.

A fisherman’s paradise, the indigo waters outside the reef are rich with fish – yellowfin tuna and mahi mahi can be caught in their numbers on a daily run and catching flying fish at night is a thrilling experience for all. Fast little boats literally fly over the water chasing them and scooping them up in hand nets. Barbequed over hot stones or marinated in coconut cream is a delicacy gourmands should dream about. The uninhabited islands of Motu Kotawa and Motu Ko are the market gardens for Pukapuka where crops thrive. Kotawa houses nesting frigate birds in its forest and Kotawa is known to have one of the most beautiful atoll forests in the Pacific.

Life in Pukapuka is unique demonstrating a lifestyle run still according to those ways established by the forefathers of hundreds of years ago. And is still admired today.