Palmerston sits like a delicate necklace in the blue body of the Pacific, its coral reef and white beaches strung with six sandy motu scattered through it and a surrounding vast lagoon. The little islets, Palmerston, North Island, Lee To Us, Leicester, Primrose, Tons and Cooks cover a total land area of about one square mile but the coral reef is about 3,600 acres edging a seven mile wide sparkling blue lagoon.

Flecked with kaoa or coral heads, it is the lagoon which is the main source of income to this tiny community. Shellfish are part of the daily diet and are plentiful, the Parrot fish are abundant. They are a regular on the dining table and exported to Rarotonga when the ship comes in. Vegetation on the island is also lush with palm trees, pandanus and natives.

But Palmerston’s fame comes not only from the fact it is a perfect island paradise. Its history is unique in the Cooks. And though Captain Cook may have finally landed in 1777 having bypassed it in 1774, it is William Marsters – a ship’s carpenter and barrel maker who arrived in 1863 complete with two Polynesian wives (and a third to be quickly acquired shortly after) who has made the island a story teller’s true treasure.

Marsters arrived from Manuae and actually annexed it from the British government before fathering a large family of about 23 children. Each wife had her own home after he had divided the land into three and he had his. He is believed to have come from Leicestershire, and though known as Masters at that stage, some think that because of his accent the 'R' was added to the middle of the family surname. 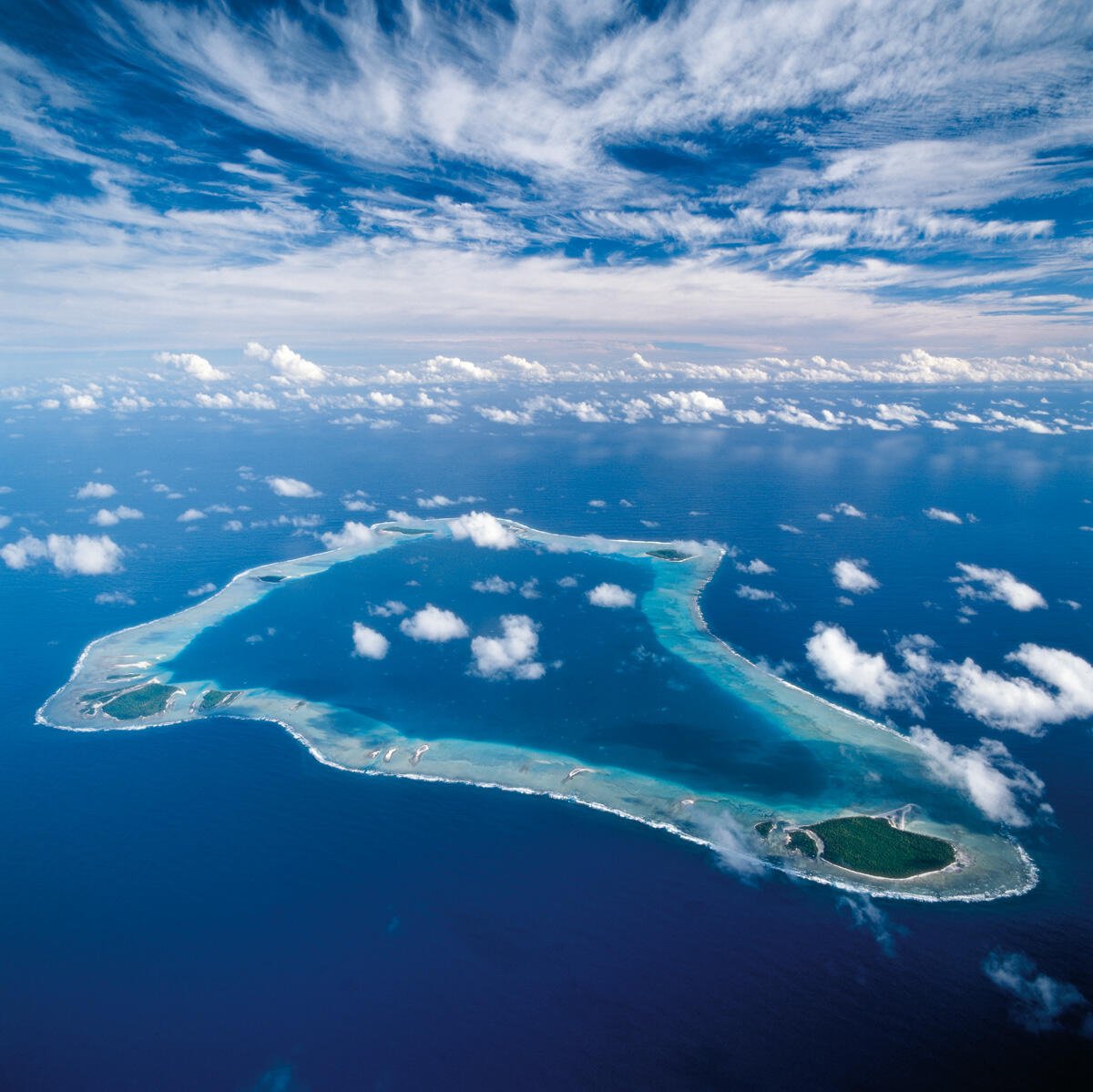 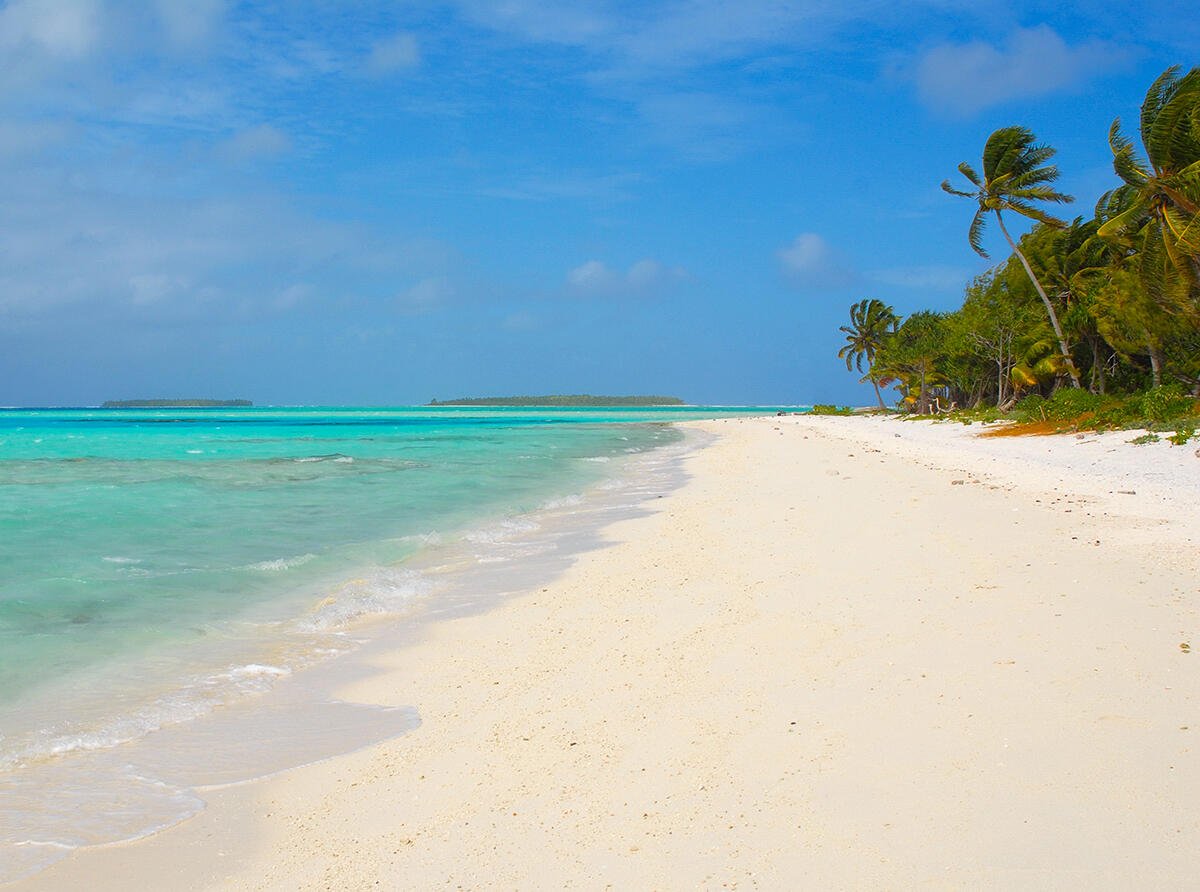 Whatever, by the time his youngest daughter Titana Tangi died in 1973 there were over a thousand Marsters living either in Rarotonga or New Zealand. And though only about 50 now live on Palmerston or as it is familiarly known to the family, Home Island, they remain three branches each of which are descended from one of Masters three wives. Marriage within a family group is prohibited.

Although it is administered by the CI government under the jurisdiction of New Zealand, all descendants regard the island as their ancestral home and in 1954 the family was granted full ownership of the island. A unique tale of the Pacific. English is the mother tongue.

This island paradise houses one of the most beautiful settlements in the entire Cooks. Immaculately kept, visitors are welcomed warmly; most of whom come from the frequent yachts exploring the seas and gaining passage by small boats through the one main opening. Wisely they usually come during the cyclone off-season for hurricanes can disturb the tranquillity of this peace. Fortunately they have been unable to destabilise the original home Marsters built from the timber of shipwrecks which were sunk over three metres into the ground to ensure a deep foundation that has kept it intact for over 100 years. As expected, living off the land is paramount in this remote spot with fish, taro and breadfruit abundant. There is another delicacy however – The Red Tail Tropic Bird or the Bosun Bird which is culled every 28th day of the month from the first Saturday of June until the end of the year. Established by the Patriarch himself it seems to have not only kept the bird population sustainable over the last 100 years but also provided a supplement to the daily diet of fish. If you like Bosun Bird of course. Fortunately the Palmerstonians do.

Also part of environmental programme is the thriving green turtle population which are a protected species. 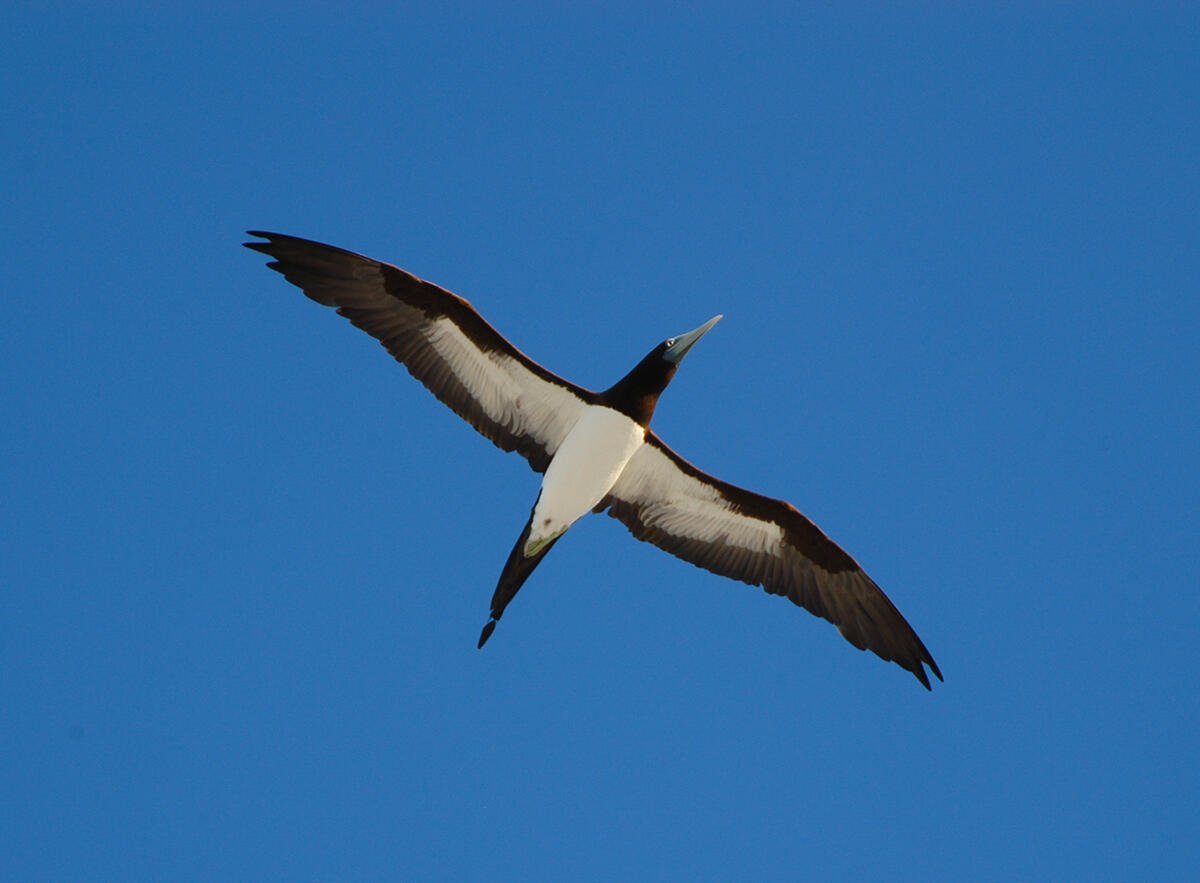 With no airport or airline services and strongly reliant on the somewhat irregular cargo boat service, Palmerston is surprisingly well equipped with modern day amenities. Freezers keep the parrot fish frozen ready for consumption and export. The economy is based on fishing, copra and bird feathers with a small degree of tourism. And a public telephone provides a permanent link to civilisation whilst in the Yacht Club, Palmerston Island t-shirts and craftwork can be purchased along with a cold beer! And even if there is no airport the rewards of being given a massive Marsters greeting upon stepping out of that cargo cabin onto pearly white sands are rich. As is the discovery of a superb example of a micro community living on their own terms.